Magical lights, sounds and fireworks. Finally, an artistic concert venue the City can be proud of.

GUEST BLOG / By Shane Reiner-Roth, The Architect’s Newspaper, New York, NY-- Forty-three years ago, the city of San Diego completed an artificial island on the southern end of its Embarcadero as a 13-acre parkland extension to the otherwise concrete Downtown San Diego.

Though it was equipped with basketball courts, bike paths, gazebos, and a fishing pier, Embarcadero Marina Park South was still missing the iconic presence and cultural draw of a central park appropriate for a burgeoning city.

Seeing a hole to fill, the San Diego Symphony, California’s oldest such orchestra, began making use of the park’s 3.8-acre open space nearly 20 years ago as a site for its annual Summer Pops series.

For three months out of the year, organizers arranged for the elaborate construction and deconstruction of a tented stage for performances that drew scores of San Diegans to the Embarcadero. As the seasonal outdoor event drew increasingly larger audiences to the northern end of the park, the symphony’s organizers envisioned a permanent structure on the site to complement their residency at Copley Symphony Hall, a historic Gothic-revival movie theater in San Diego’s business center.

With an $85 million budget, symphony organizers commissioned the local firm Tucker Sadler Architects to design Rady Shell (named after top donors Ernest and Evelyn Rady), a concert hall within the public park that balanced the expectations of both San Diego’s gala crowd and its general public while satisfying the strict mandates of the California Coastal Commission.

“There was no precedent for the kind of venue we were designing,” said Greg Mueller, the CEO and principal of Tucker Sadler. “The Hollywood Bowl was too secluded from the public to be a reference, and the acoustic quality of Frank Gehry’s Jay Pritzker Pavilion in Chicago was not up to our desired level.” Mueller has been involved with the project from its inception 18 years ago. He and his architectural firm were responsible for The Rady Shell at Jacobs Park as a whole, encompassing the performance shell, backstage artist support spaces, three professional kitchens, underground restrooms, a gracefully sloped seating area for up to 10,000, and a public park.

The firm partnered with Soundform to design the performance shell. Soundforms and its London partners Flanagan Lawrence, Expedition and ES Global designed the award-winning 2012 mobile acoustic performance shell (MAPS) to be temporary and acoustically excellent.

Working together, Tucker Sadler and Soundforms expanded the design to accommodate a large orchestra with chorus and soloists toward the permanent structure. The team found inspiration for the design in the site itself; a body of land set between dizzyingly tall skyscrapers on one side and nautical thrillseekers on the other.

The surrounding Embarcadero provided a rich material culture for Tucker Sadler to incorporate in the design, from the coral red seating and ocean blue glass to the center stage’s unmistakable likeness to a seashell. Even the decision to clad that shell in white fabric was a nod to the masts of the sailboats dotting the marina around Jacobs Park. Yet the fabrics are much more than an allusion.

Designed in collaboration with Australia-based company Fabritecture, the shell’s interior lining is a perforated PVC that allows sound to pass through it while concealing the enormity of the shell’s structural frame and its acoustical equipment and structural frame, while the outer shell is lined with Polytetrafluoroethylene (PTFE), a far more opaque material chosen to absorb sound for the most optimal acoustics.

The two fabrics work together to clad the tensile structure in complex curves while sheltering performers across its 4,800-square-foot stage. “The top of the shell extends far forward to bounce upward sound down to the audience,” explained Mueller, “as well as provide shade for the audience and technical equipment directly in front of the stage.”

The Rady Shell is, to put it simply, a concert hall without walls. A waist-high metal gate is the only thing that separates the stage, seating, and related facilities from the remainder of the park (renamed Jacobs Park in honor of donors Joan and Irwin Jacobs), allowing bikers, fishermen, and sailors alike to take in shows without the price of admission.

“The Symphony is an essential contributor to the San Diego community, welcoming everyone from different backgrounds to uplift through music,” Martha Gilmer, CEO of San Diego Symphony, explained on the morning of its inaugural performance on August 6th. As a further gift to the city, the venue’s sloped grass lawn is made open to the public during rehearsals and downtime, making it among the most porous concert halls in modern history.

Yet despite its openness, the Rady Shell can deliver crisp, largely uncompromised audio to as many as 10,000 listeners from its two acoustical systems designed by Salter and sound designer and consultant Shawn Murphy.

Six light and sound towers line the perimeter of the venue to blanket the 55,000-square-foot lawn. In addition, several speakers hanging from the shell’s ceiling allow the performers to hear and communicate among themselves through a system more commonly seen in indoor concert halls.

The majority of the shell is outfitted with over 3,000 individually controllable LED light nodes developed by Horton Lees Brogden Lighting Design that can produce light shows visible from miles around. The morning before its opening, Gilmer and other representatives of the Rady Shell expressed gratitude that the outdoor venue was completed at a time when their interior space can not safely accommodate performances amid an ongoing COVID scare.

“The schedule we have set up for the next several months would have simply not been possible without the total openness of Jacobs Park,” said Gilmer. The fanfare surrounding its debut may encourage other orchestras across the country to establish Rady Shells of their own.

SOURCE: The Architect’s Newspaper serves up news and inside reports to a niche community of architects, designers, engineers, landscape architects, lighting designers, interior designers, academics, developers, contractors, and other parties interested in the built urban environment. The Architect’s Newspaper delivers quality news and cultural reporting through print, web, newsletter, or Twitter—all the news you want, in all the ways you want to get it. Readers tell us constantly that The Architect’s Newspaper is “essential,” “relevant,” “timely,” and “the only thing I read.” They want a source that understands their interests and practices—and gives them what they need to know in brief and with a point of view. No rah-rah. Just useful information and insightful, readable criticism. Diverse voices. Open dialogue. Subscribe info: subscribe@archpaper.com 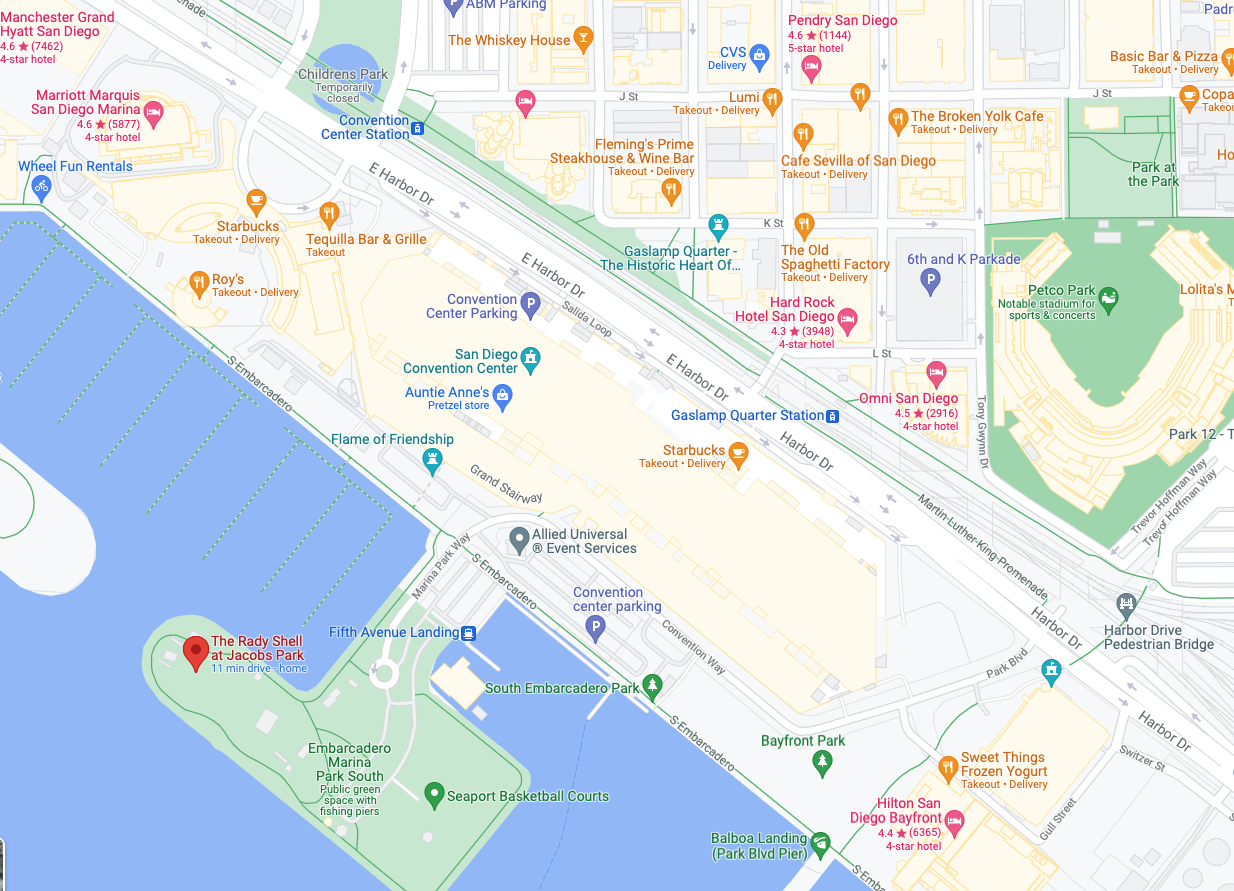