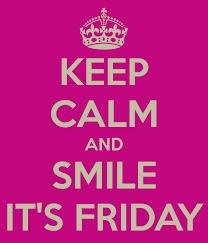 It’s complicated. But, our friends at Wikipedia say Friday is named after the wife of Norse God Odin. Some scholars say her name was Frigg; others say it was Freya; other scholars say Frigg and Freya were two separate goddesses.

Whatever her name, she was often associated with Venus, the Roman goddess of love, beauty and fertility. “Friday” comes from Old English “Frīgedæg.

Friday can be said is a day of love. In modern times we simply say we love Fridays.

Meanwhile, the ancient Romans named the days of the week after their gods and corresponded to the five known planets plus the sun and moon (which the Romans also considered planets). To this day, all Romance languages (most familiarly Spanish, French, and Italian) still bear the mark of Roman day names, the exception being Sunday, which now translates to “Lord’s Day” and Saturday, which translates to "Sabbath."