As far as icons go, even culinary ones, six years in business is not a long time, but that’s when Dario Troise opened his beloved bread bowl sandwich shop in Naples.

Called O’Cuzzetiello Paninerdia Take Away (Via Rimini, 51, Plaza Nazionale, Napoli), the small “hole in the wall” location is known for making a meal from the tastiest part of peasant bread, the crunchy and rounded end stuffed with fillers of your choice. 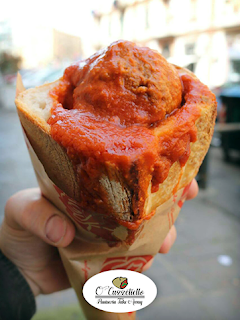 For centuries, Cuzzetiello’s have been sandwiches stuffed with ragu sauce and meatballs. Over the years, numerous variants included menu items like zucchini, peppers, aubergines, mushrooms, broccoli, baked potatoes, eggplant and meats of all descriptions.

Fortunately, for tourist and Napoli resident’s Dario’s place on Via Rimini survived the pandemic because it has always been a take out establishment. A tradition since September 2015. And, for a fact, there are two locations, the second at Via Bernini 90, Vomero, Naples. 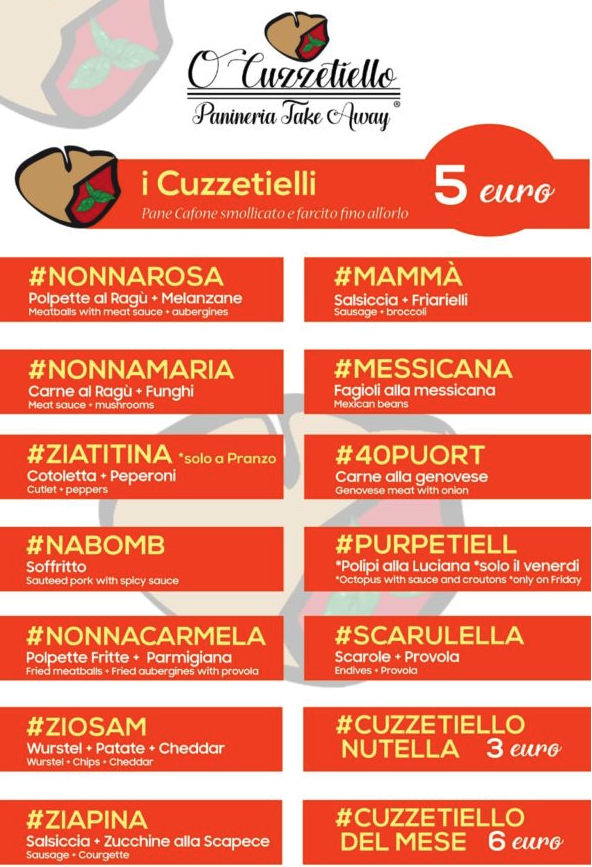 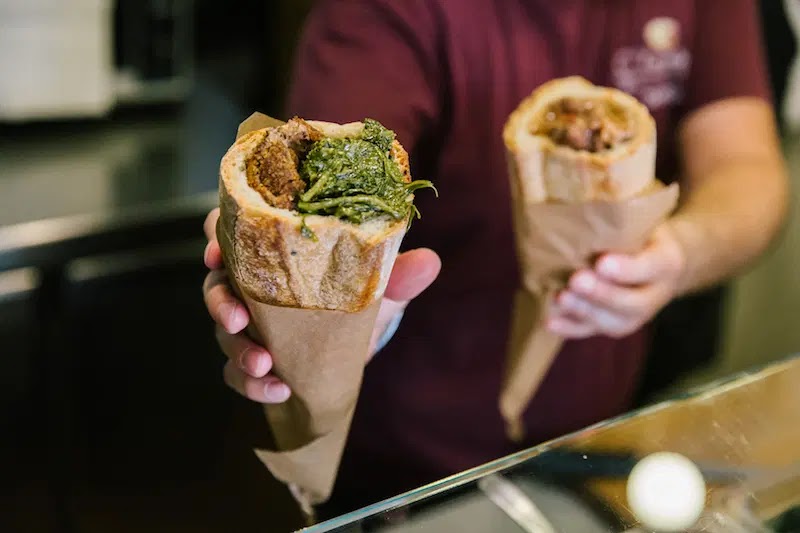 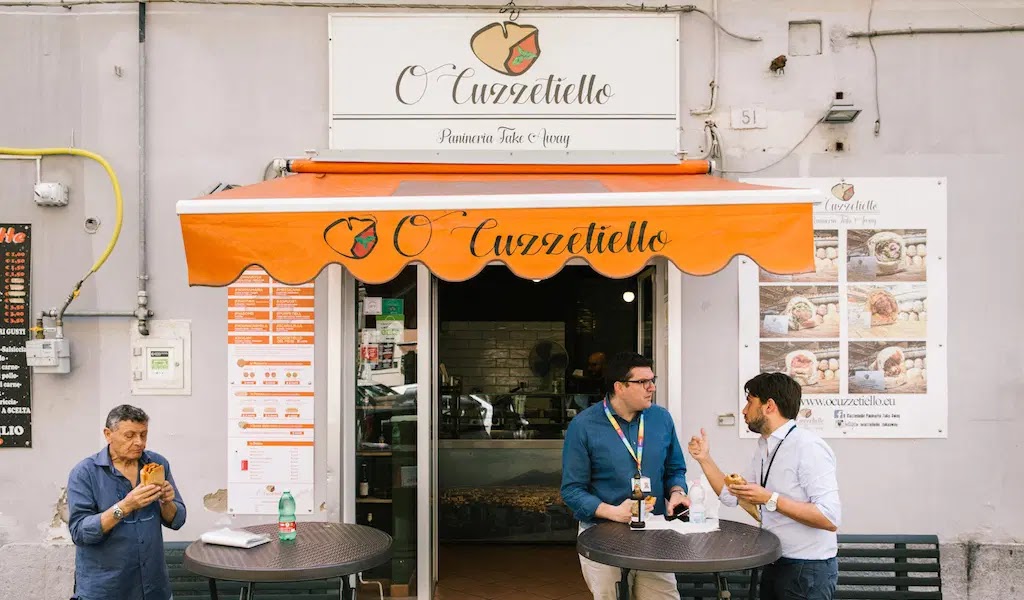