Searching for small beach abodes in California from Eureka to San Diego would take you almost 800 miles by car. For you east coasters who might not fathom how much coastline there is in California figure a similar stretch would run from Coney Island , New York to Savannah, Georgia. Lots of beach.

Remember true summer in California begins in August and runs through October.  It's prime time now.

For only one example local West Coaster color let’s start at the Venetian Casitas on the beach in Capitola, CA (north end of Monterey Bay near Santa Cruz). They’re small with one or two bedrooms on one or two levels.

The units are part of the Venetian Hotel (plan ahead) but you can’t get closer to the sand and sea than this colorful collection. Venetian Court is a residential seaside resort located in Capitola, California. Construction of Venetian Court, in the Mediterranean Revival, Spanish Colonial Revival, and Mission Revival architecture styles, began in 1924 and continued for several years.

On April 2, 1987, Venetian Court was listed as site 87000574 on the National Register of Historic Places as one of the first condominium seaside developments in California, and is in a United States Historic District.

The two rows of colorful units nearest to the beach, as shown in the picture below, are privately owned condos (many of which are available as vacation rentals by owner). The large olive brown building in the back row (nearest to the street) is now operated as the "Capitola Venetian Hotel". 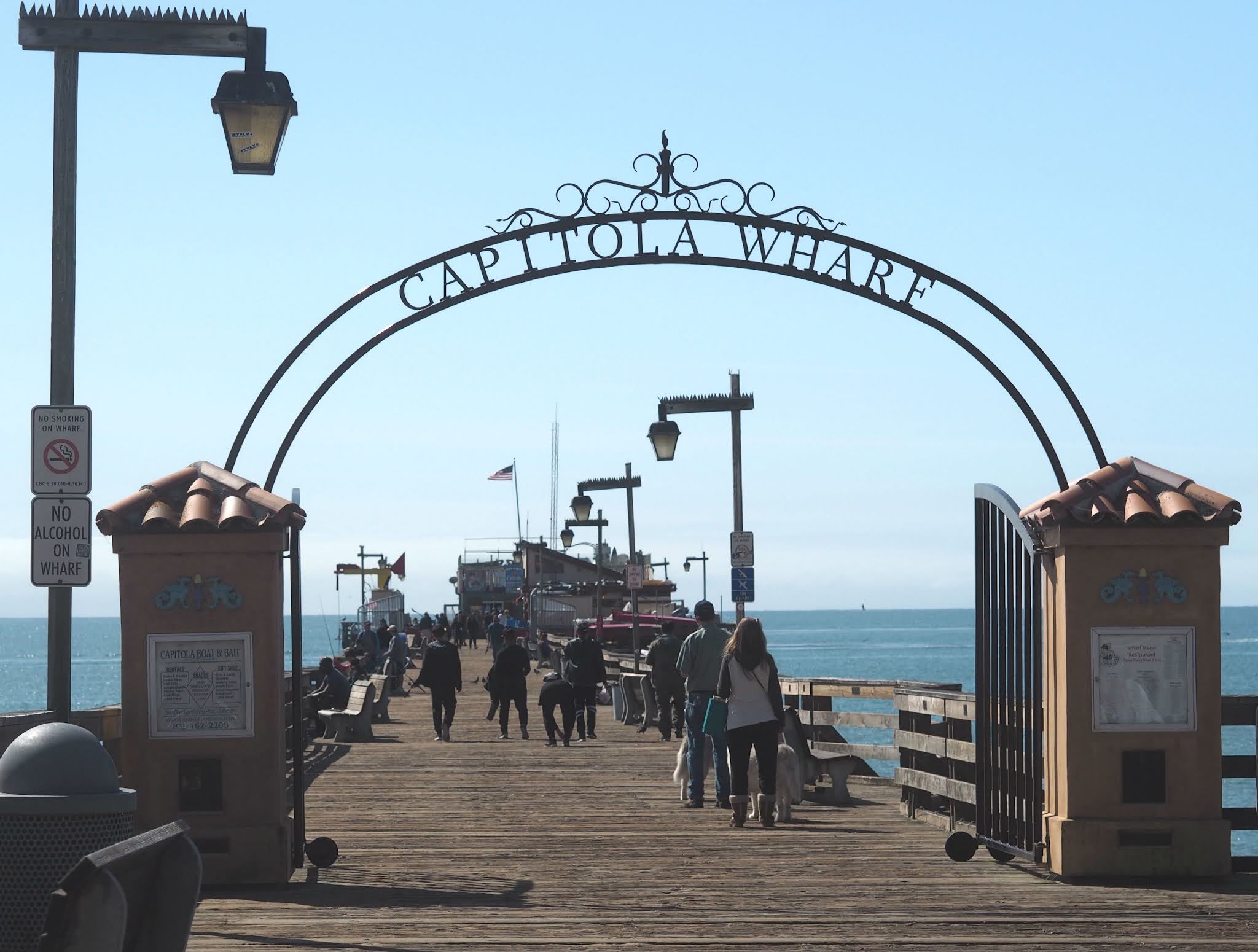