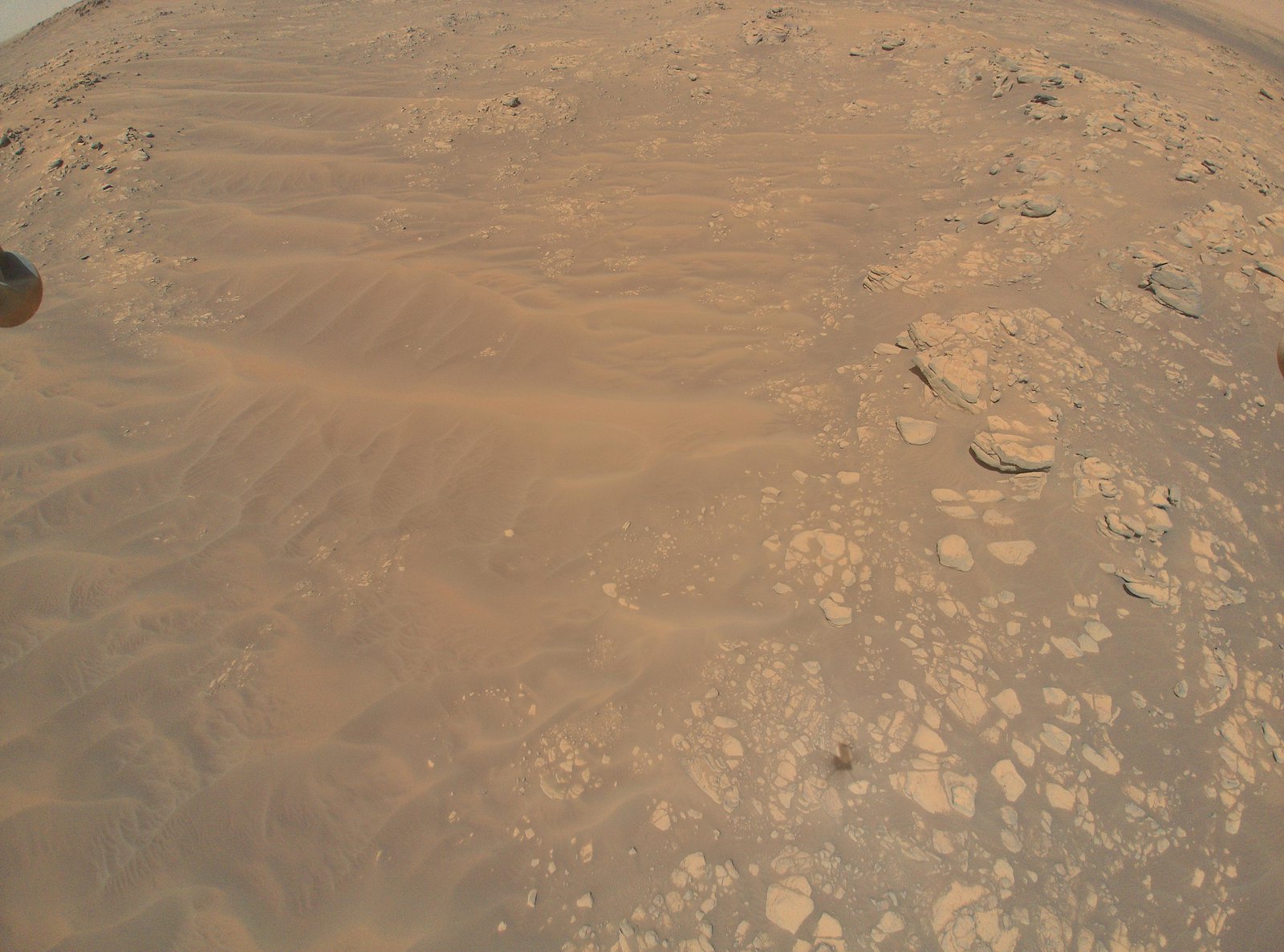 The image above sand dunes, boulders, and rocky outcrops of the "South Séítah" region of Mars' Jezero Crater was captured by NASA's Ingenuity Mars Helicopter during its 12th flight, on August 16, 2021.

Ingenuity's shadow is visible in the lower third of the image, just right of center. A portion of the foot on one of the helicopter's four landing legs is visible along the upper-left edge of the image. In the upper-right corner (arching toward the top middle of the image) is a ridgeline that is of interest to the Perseverance rover science team.

Taken from an altitude of 33 feet (10 meters), the image is one of 10 collected during the flight at the request of the Mars Perseverance rover science team, which is considering whether to explore the location further. The Ingenuity Mars Helicopter was built by JPL, which also manages the operations demonstration activity during its extended mission for NASA Headquarters.