FISCAL FRIDAY / BASEBALL’S BACK. HERE’S HOW IT HAPPENED 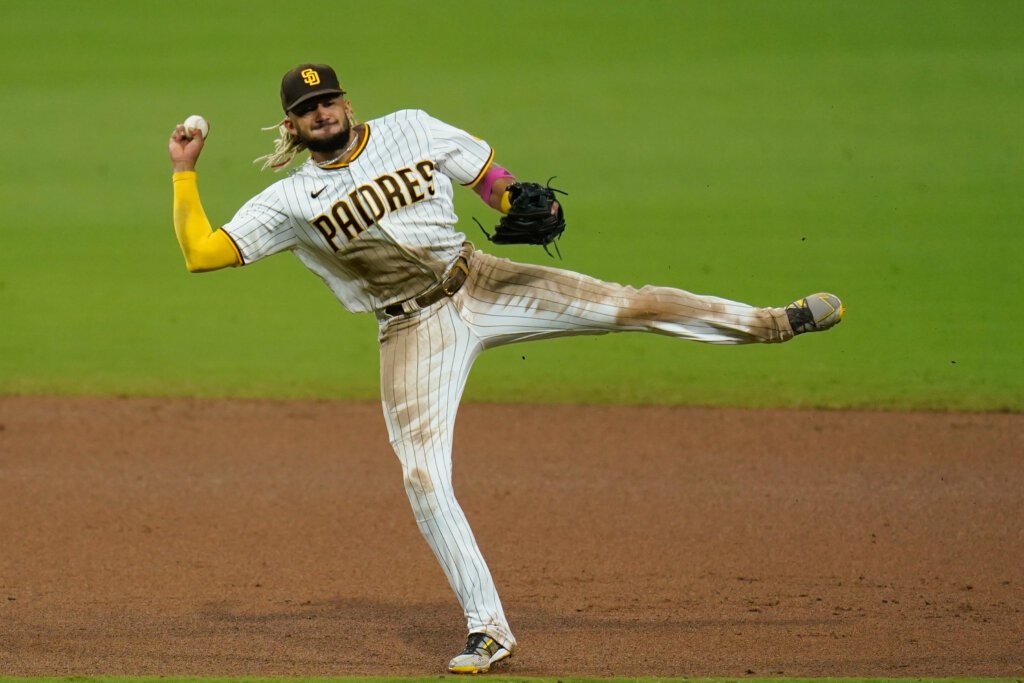 GUEST BLOG / By ESPN’s Bradford Doolittle, Alden Gonzalez, Buster Olney, Jesse Rogers and David Schoenfield--The MLB lockout is over. It took more than three months -- and multiple deadlines for delaying the regular season -- before Major League Baseball and the MLB Players Association ended their stalemate and came to terms on a new collective bargaining agreement.

So how did finally reaching a deal go down? When can free agents start signing again? When will players report to camp? In the end, what did all of this mess mean, anyway? What changed to allow the sides to come together on a deal?

The union did not panic when the league created a deadline on Feb. 28. A week and a half later, it ended up with both a better offer and increased urgency as the calendar pages fell away and there would be a point where playing 162 games -- and getting paid for it -- would be in real jeopardy. It turns out this was what was needed after months of stalled negotiations. The union's calmness in the face of the "deadlines" proved fruitful. -- Jesse Rogers

What to know and what's next?

--Opening Day moves to April 7 and a full 162-game schedule will be played.

--Free agency to begin immediately once CBA is ratified Playoffs expand to 12 teams, beginning this season.

--The National League adopts the designated hitter starting this season.

What is the biggest change for the sport in the new CBA?

Let's not overthink this: The biggest change is two additional playoff teams, meaning 12 of the 30 teams will reach the postseason. The owners didn't get the 14-team format they desired, but this is still a 50% increase in playoff teams from 2011. What does it mean? It has historically been difficult to make the MLB playoffs, but the importance of the regular season continues to diminish, as baseball draws closer to the 16-team brackets of the NBA and NHL. What we don't know is whether it will lead to more spending. The players say no; but perhaps an easier trek to the postseason will lead to less tanking and a little more spending from teams chasing those extra playoff berths. -- David Schoenfield.

What are you most surprised didn't change?

I'm surprised there weren't more anti-tanking measures instituted. A draft lottery is a good start, but is it really enough to curb the cycles of losing we've seen in both small and big markets? One agent liked the idea of a salary floor -- a suggestion floated by the league early on -- but with CBT style penalties for going under it as well as continued penalties for going over it. Forcing teams to spend instead of incentivizing them would have been a better solution. –Jesse Rogers.

Which side made out better? Do both sides have reason to be happy?

The owners got an expanded postseason format, preserved the basic economic structures that loomed over the past couple of CBAs and have more leeway to change on-the-field rules. In other words, the owners won. Sure, the players received a couple of mechanisms to get more money to younger players. The tweaking of CBT levels and penalties might loosen up some of the top-end spending. If the deal on the international draft comes together, and thus qualifying offers are removed, that's good for high-end free agents. And maybe the new draft lottery will help boost midlevel free agency if it results in fewer teams entering full-scale rebuilds. Probably not. Still, the gains for the MLBPA seem modest, and anything resembling the status quo is good for the owners. If the MLBPA's bottom-line goal was to increase the players' aggregate share of a revenue pie that is likely to keep growing, then it's not clear this agreement furthers that goal. -- Bradford Doolittle

Will fans forget this whole mess by Opening Day or will there be lingering resentment?

Maybe I'm being overly optimistic, but ... spring training will be unlike any we've ever seen. Camps will be underway while big-name free agents are signing and major trades are getting worked out. When Opening Day arrives, Fernando Tatis Jr., Shohei Ohtani and Juan Soto will captivate us once again. The All-Star Game will come to a newly renovated Dodger Stadium, the postseason field will be bigger than ever, and in the midst of that, new rules will be implemented -- or, at least, proposed -- to quicken the pace of play. All the selfishness and the pettiness of these negotiations will be forgotten quickly because too much else will be going on. That's why getting this deal done now, and salvaging a full season even with Opening Day pushed about a week back, was so important. –Alden Gonzalez.

What does this CBA mean for CBA negotiations going forward?

The new CBA is in place, but just like after the previous agreement was forged in 2016, you can already see the storm clouds gathering on the horizon. Lingering player anger is inevitable among the middle class within the union, because there is almost nothing in this deal in place to prop up that group -- and it is going to get crushed in the next few weeks, in the next few years. The middle class takes the biggest hit from the practice of tanking, because teams pocket money rather than spending.

Little was done to deter teams from tanking, beyond the misdemeanor costs tied to a draft lottery. As it stands, the current system will reward the elite players -- the best of the young players will get more money from the bonus pool and the best of the older players will continue to get the biggest deals. But none of that ensures that small-market and mid-market teams will spend, and with the best of the youngest players now becoming more expensive, teams will be more aggressive in non-tendering arbitration-eligible players.

This will only further increase the free-agent pool, fueling the supply-and-demand problem that has gutted spending on the middle class. Historically, it's the owners who have had a Haves Vs. Have Nots problem.

Moving forward, factions within the union will have a similar fight -- including discussions about whether the best interests of all of the players are served by having so many members of the leadership group represented by one agent. In this round of negotiations, Scott Boras' clients made up the majority of the players making the big decisions, and we saw a hint of potential discourse to come reflected in the final vote: Although the eight-person executive committee voted down the deal unanimously, the players rep voted for it, 26-4. Players and agents could look to change that dynamic in the years ahead, to push for the high volume of union members who comprise the rank-and-file. -- Buster Olney.