GUEST BLOG / By Associated Press war correspondent photographers--Mounds of abandoned clothes and other personal items lie strewn along corridors leading out of Ukraine.

The farther people carry their things, the harder it is, so they leave them behind. But their pets, they keep alongside them. Everywhere amid the exodus of more than 2.5 million refugees fleeing Russia’s invasion are the pets people could not leave behind: birds, rabbits, hamsters, cats and dogs.

People fleeing the outskirts of Kyiv crowded together under a destroyed bridge, carrying little luggage and abandoning their vehicles on the road. But their pets remained with them. One woman ferried her dog across an improvised bridge over the Irpin River amid the evacuation. Another at a train station in Poland nuzzled her orange cat, nose to nose. FOR THE ENTIRE ARTICLE CLICK HERE. 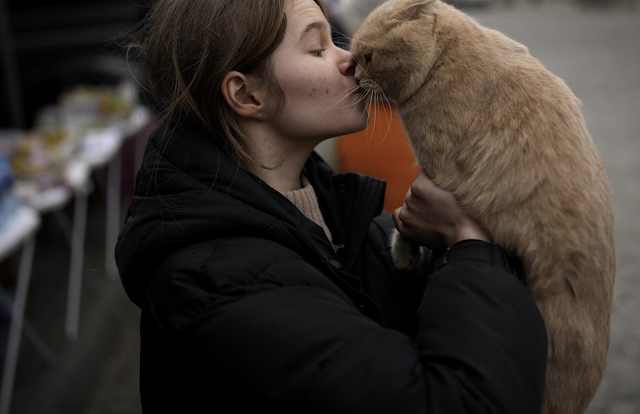 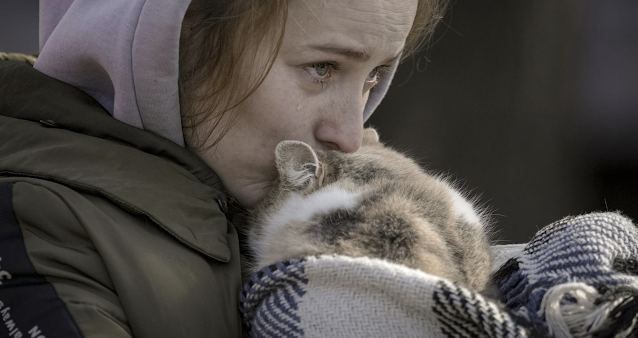 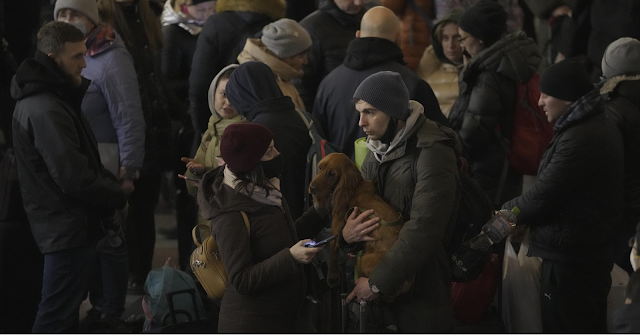 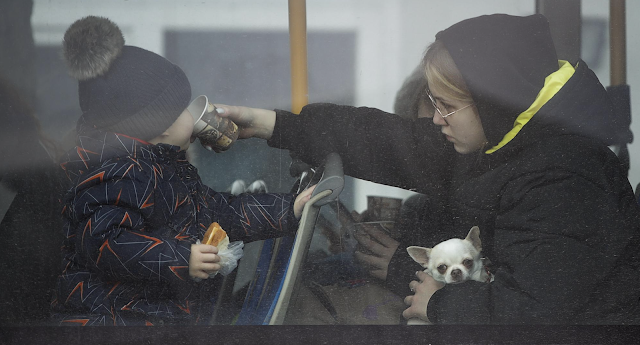 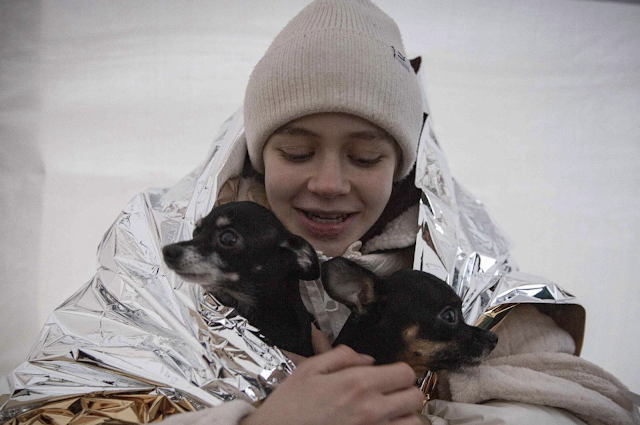