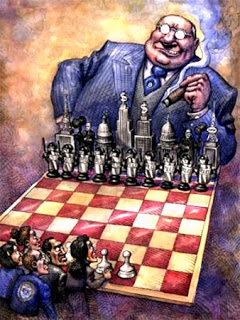 THE BIG POWER LIST—Thirty-one years ago, I pitched San Diego Magazine, a freelance idea that became a powerbroker list called “82 to Watch in 1982.”  Later editors at SDMag changed the name of the annual list to “50 to Watch.”  Such lists are staples of city magazine features and as ex-editor in chief of San Francisco Magazine, SD Home/Garden Lifestyles, PSA Magazine and, Exec. Editor of San Diego Magazine, I have a lot of experience.  The other day I saw an opportunity to come up with another new list.  This time—just for fun.

Voice of San Diego newsblog recently surmised there are 20 or so power brokers in San Diego, who have a tremendous influence on how this city is run.  VOSD brought up the subject but didn’t give us a list.
No one asked us, but after going through a Rolodex’s worth of contacts here is Pillar to Post’s “Big List of San Diego Powerbrokers” (including lieutenants if appropriate):

WAR CORRESPONDENTS FIND WORK ADDICTING.
As world eyes focused on the horror in Mali, it reminds of how dangerous being a war reporter can be.  Not often mentioned (until a University of North Carolina journalism forum** attended by Pulitzer Prize winning foreign correspondents Chris Hedges and David Zucchino) is how war zone reporting often becomes a personal addiction.  Both Hedges and Zucchino nodded in agreement that they were hooked.  As we post this word is French journalist Yves Debay was killed on the job in Syria.

Last week a fascinating example of war coverage was published on page one of the LA Times.  It’s a story by LAT’s David Zucchino about an Afghan warlord who is paid handsomely to keep the Taliban at bay.  Zucchino’s report from Tarin Kowt, Afghanistan is riveting.  Titled “America’s chief ally”  [LA Times, Jan. 13, 2012], the posting is at the following link:

Images for Zucchino’s story were taken by LAT’s Carolyn Cole.  Cole discusses her career on a YouTube post: http://www.youtube.com/watch?v=LjIdEb0mJ6c
She won a Pulitzer Prize in 2004 for her coverage 2004, for her coverage of the siege of Monrovia, the capital of Liberia.

Zucchino won a Pulitzer Prize in 1989 for a series titled "Being Black in South Africa" and is a four-time Pulitzer finalist, most recently for his reporting from Iraq in 2003. His books include The Myth of the Welfare Queen (1997) and Thunder Run: The Armored Strike to Capture Baghdad (2004).

** Link to the University of North Carolina journalism forum: http://jomc.unc.edu/homepage-news-slot-23-merged/video-a-conversation-with-war-correspondents-chris-hedges-and-david-zucchino

INAUGURATION VISIT.
Jan Percival, a former president of the SD Press Club, landed tickets to the Inauguration of President Barack Obama.  She’s been in DC since Friday taking in the classy media museum aptly called Newseum on Pennsylvania Avenue, near the Capital steps.  Jan, one of San Diego’s hardest working PR types, is sharing images of her adventure as we speak here and on facebook.

THE RENO DISPATCH.
Our town’s prolific corresponded Jamie Reno has posted on his blog a very moving piece regarding his special relationship with the ‘Nam era US. Marines, who were the last to leave Saigon. His world exclusive can be linked at:
http://therenodispatch.blogspot.com/2013/01/my-world-exclusive-last-americans-to.html

TRANSCRIPT ADDS BLUE CHIP REPORTER.
Dean Calbreath, who distinguished himself as a first rate newsman in San Diego is now on staff of the 127-year-old San Diego Daily Transcript.  Dean was with the Union-Tribune from 1997 to 2012.  Recent Calbreath story was on the delays at City Hall regarding finalizing an ambulance contract.  http://www.sddt.com/Government/article.cfm?SourceCode=20130116czc&_t=Goldsmith+fears+delay+in+ambulance+contract#.UPd3JaGlsfE

FILNER FOR BREAKFAST.
Mayor Bob Filner headlines the SD Press Club’s first of the year Newsmakers 2013 breakfast, 7:30 am Jan. 31, at the downtown campus of the New School of Architecture and Design, 1249 F Street, reports event chair Roger Showley (UT San Diego).
Moderated by Gene Cubbison of NBC7, the tab is $10 for SD Press Club members and students and $15 for others.  RSVP a must: sdpressclub@cox.net or 619-231-4340.

KOCH AS IN COOK.
The San Diego Business Journal has named Greg Koch of Stone Brewing Co., Escondido, as its 2012 most admired CEO.  The craft beer guru was picked by the newspaper for its annual feature from among 106 finalists.