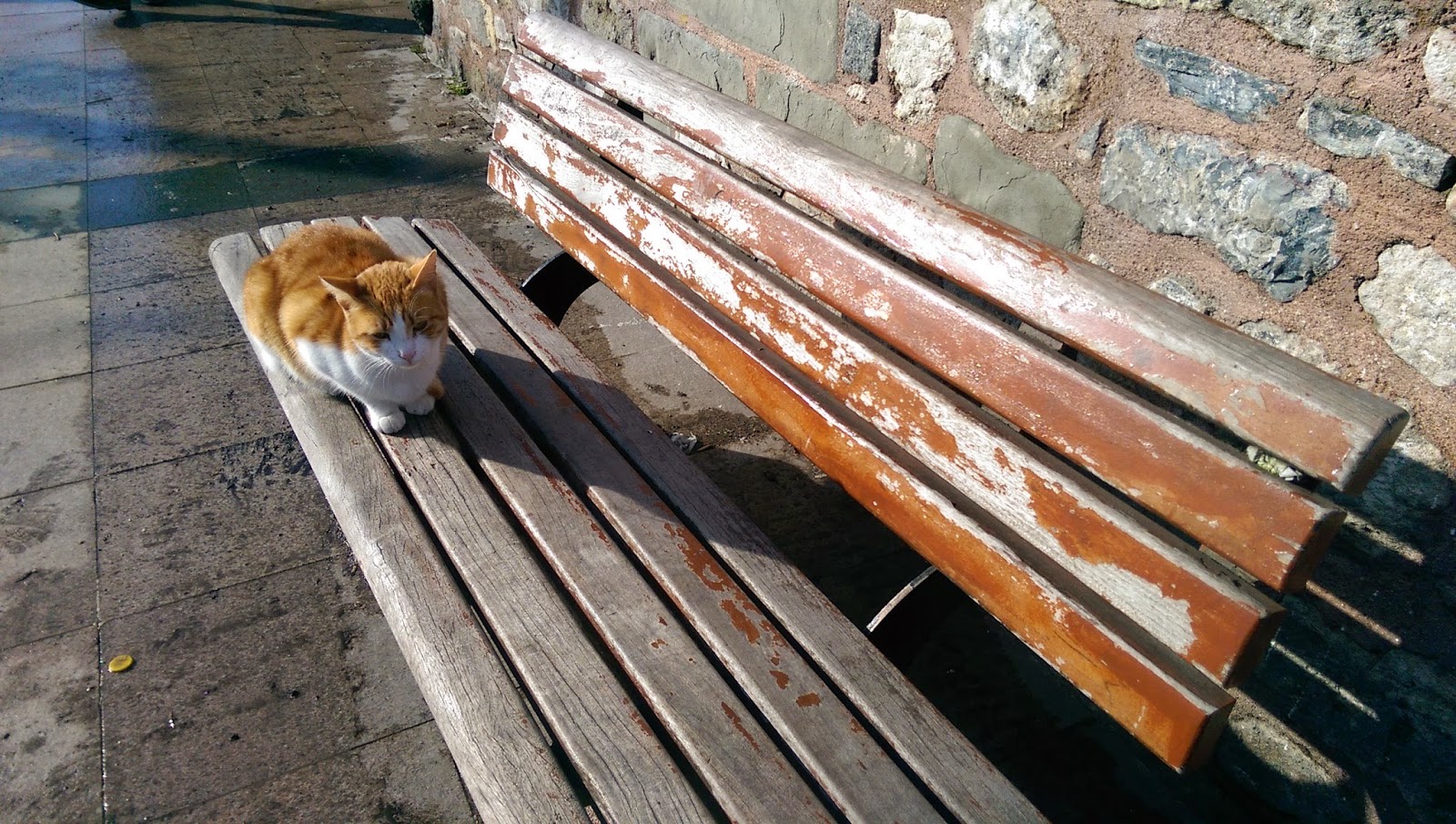 RUN OF THE PLACE—Photo Essay by Phyllis Shess, Pillar to Post online magazine--Felines in the Old City of Istanbul have friends in high places.  For example, cats are cared for in Turkey, even the stray ones, because legend has it a cat shoo-ed away a snake that was approaching the Prophet Muhammad when he was sleeping.  Ever since the faithful have treated cats kindly. Also, a few years ago when President Obama toured the city, he bent over to pet a stray cat earning him the affection of residents and Turkish Prime Minister Recep Tayyip Erdogan. 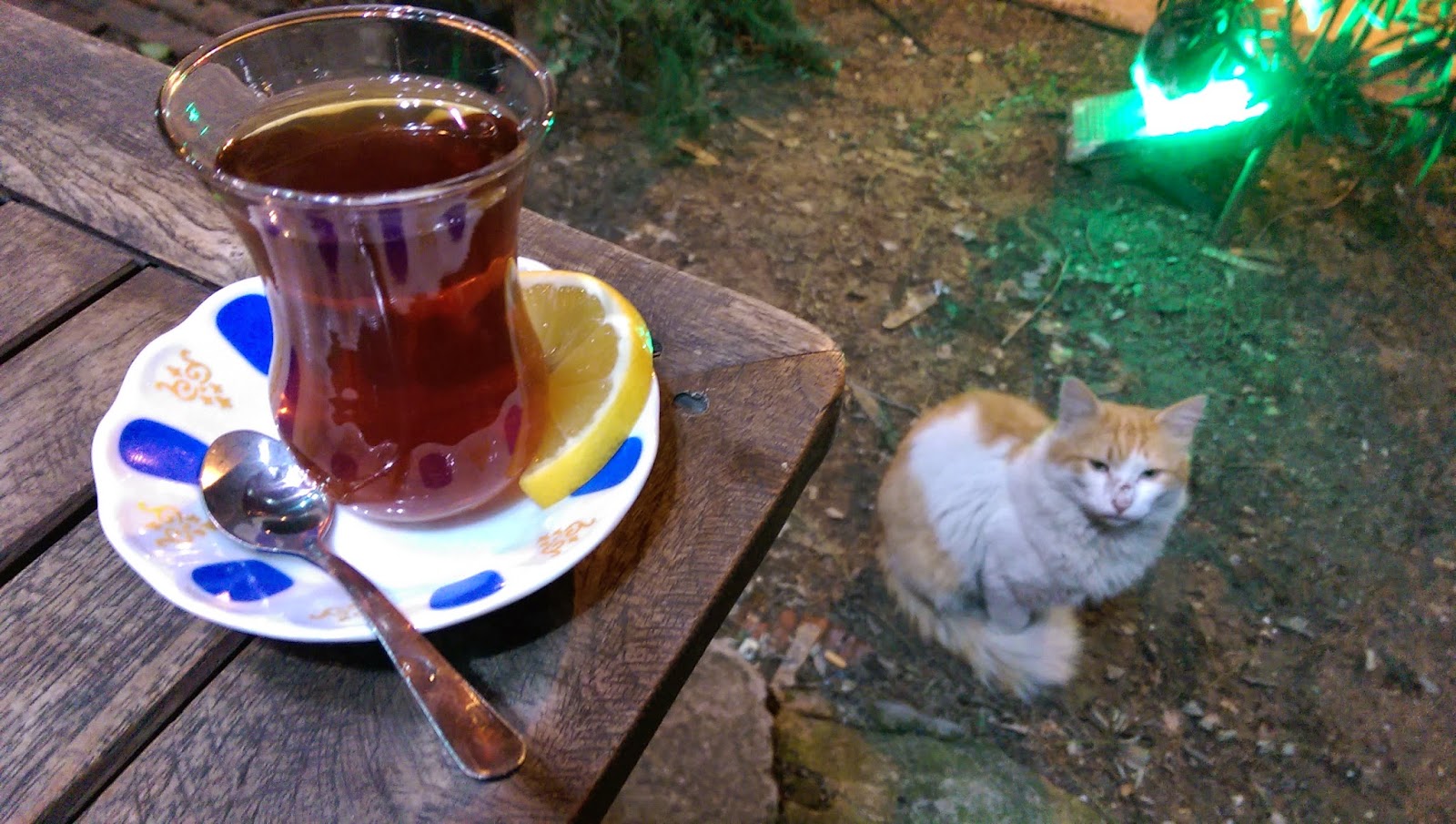 For the most part cats are part of the city's fabric.  They have the run of the place and take advantage that protection by being haughty or cute as the mood strikes them.  And, remember when feeding a cat a scrap of food from your sidewalk cafe table, expect a "flock" to soon join the party.  In that way cats in Istanbul are very much like pigeons 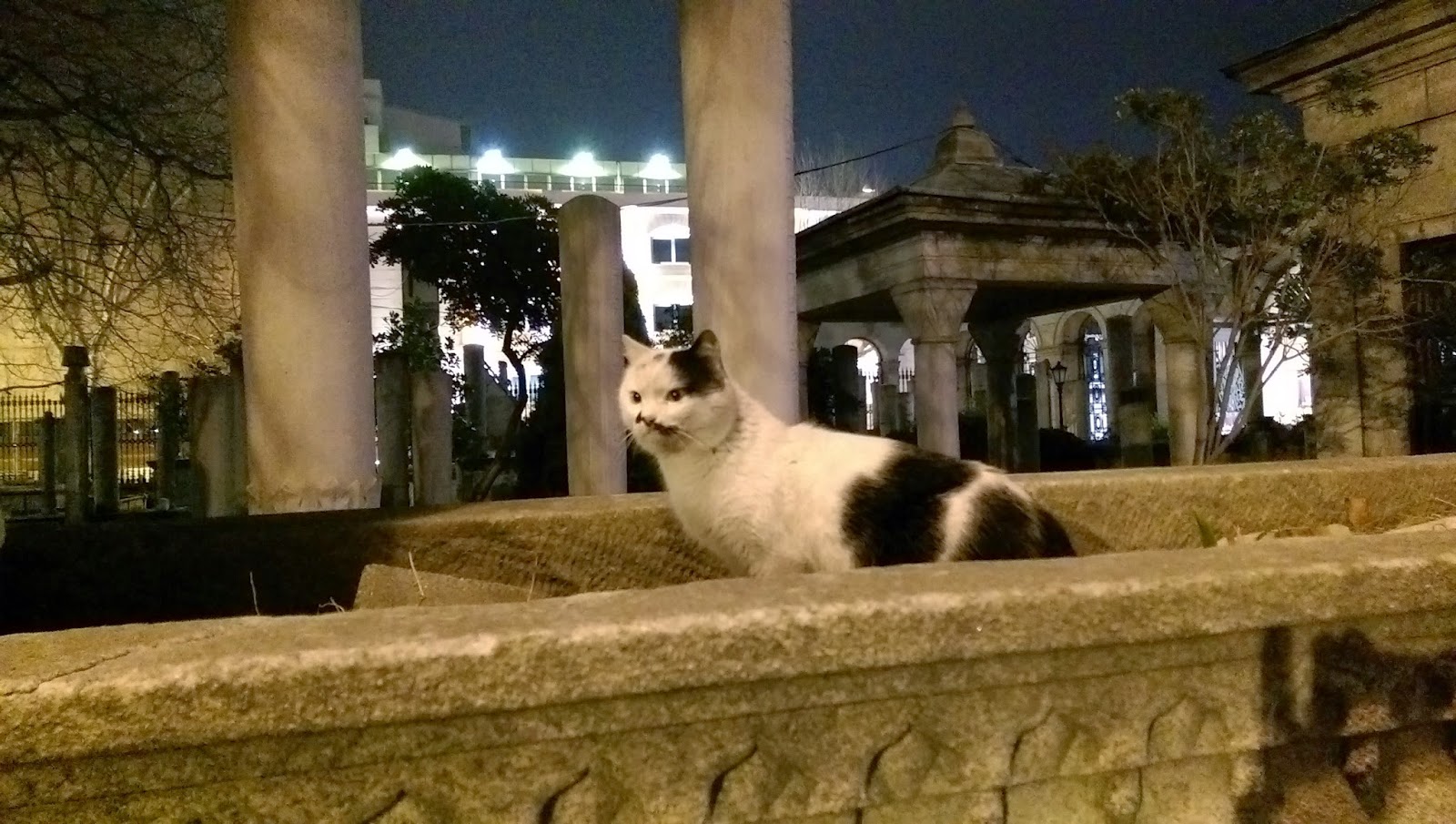 and seagulls in the rest of the world.
Urban legend also has it given the crowded conditions of Istanbul the abundance of cats keep the rat population in check.  As a result, Turkish cities and towns over the centuries have endured fewer deadly plagues caused by rat infestation.  Is it any wonder that London residents in the middle ages found cats to be creatures of the devil and killed them only to suffer the black plague in retribution.


The following is a photo essay by Pillar to Post blog photographer, Phyllis Shess, who snapped these images in January, 2015. 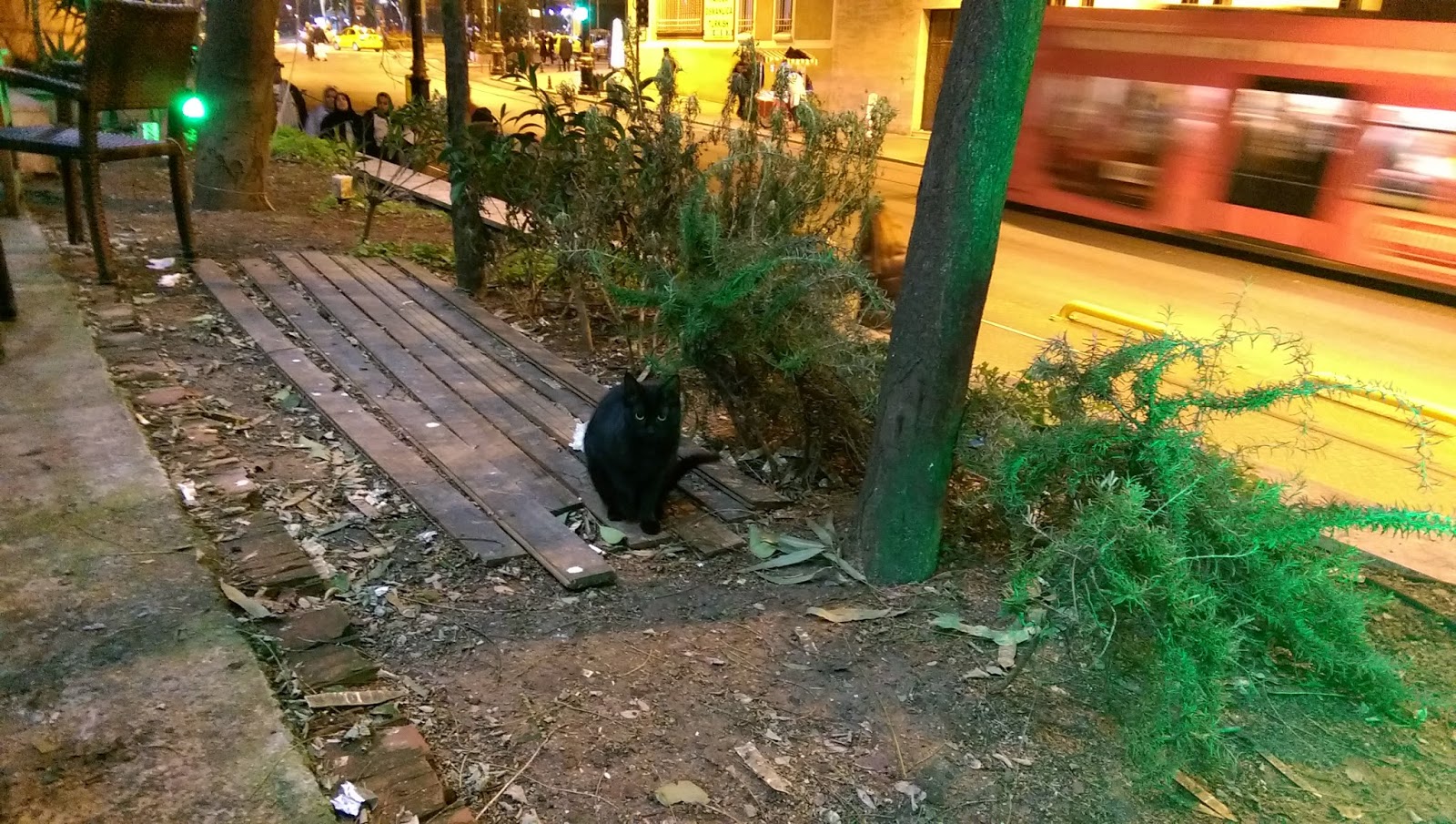 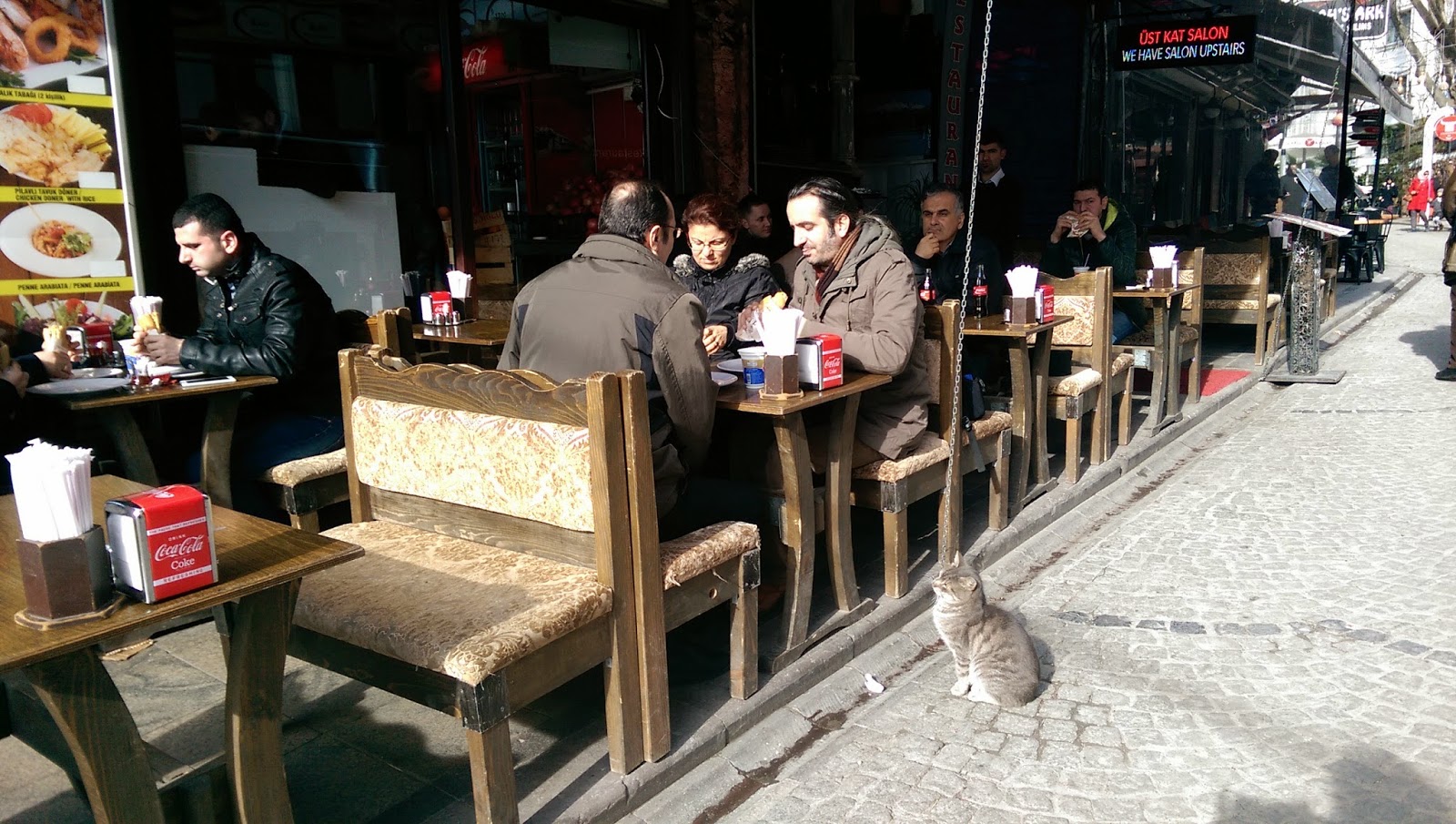 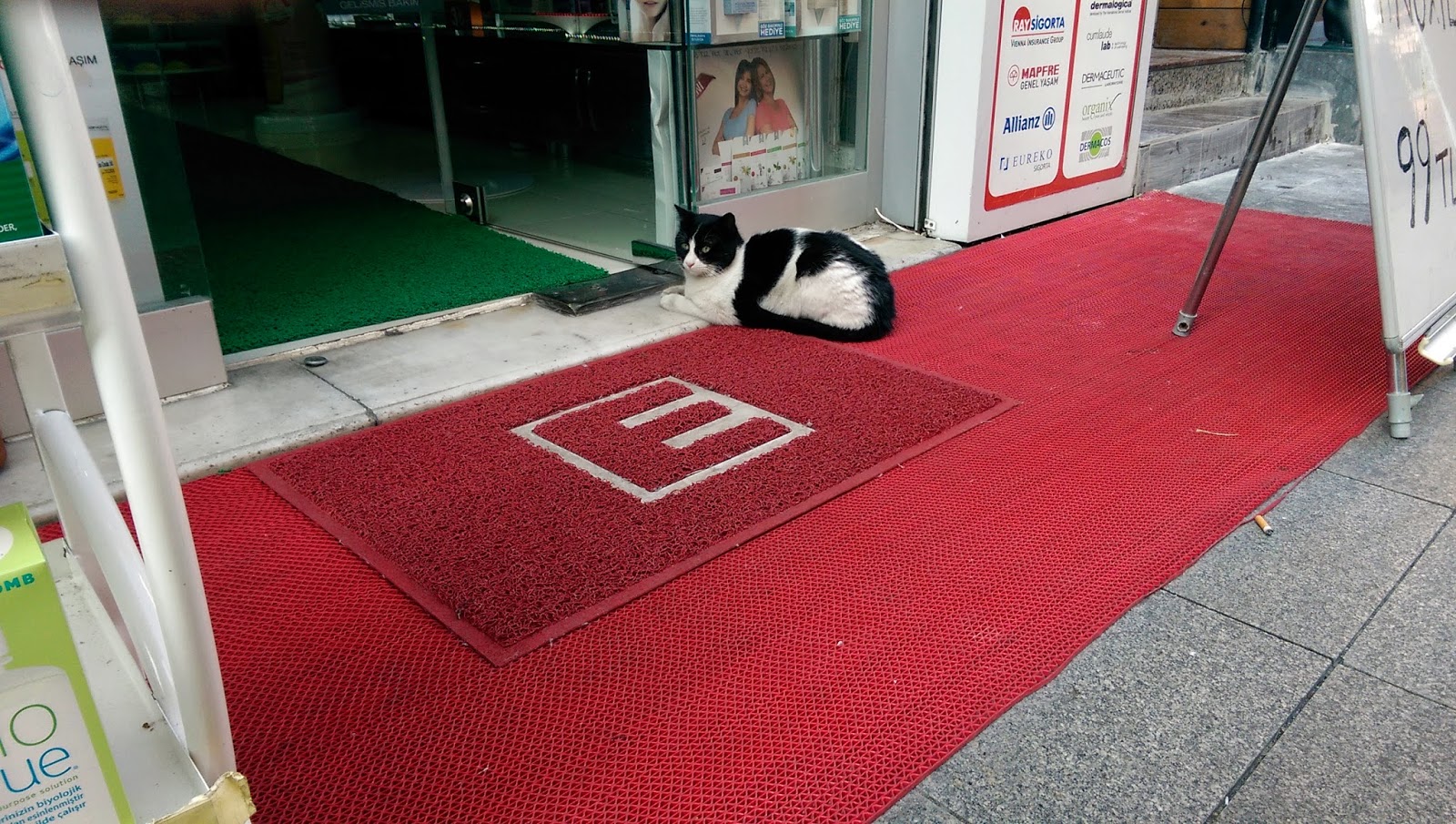 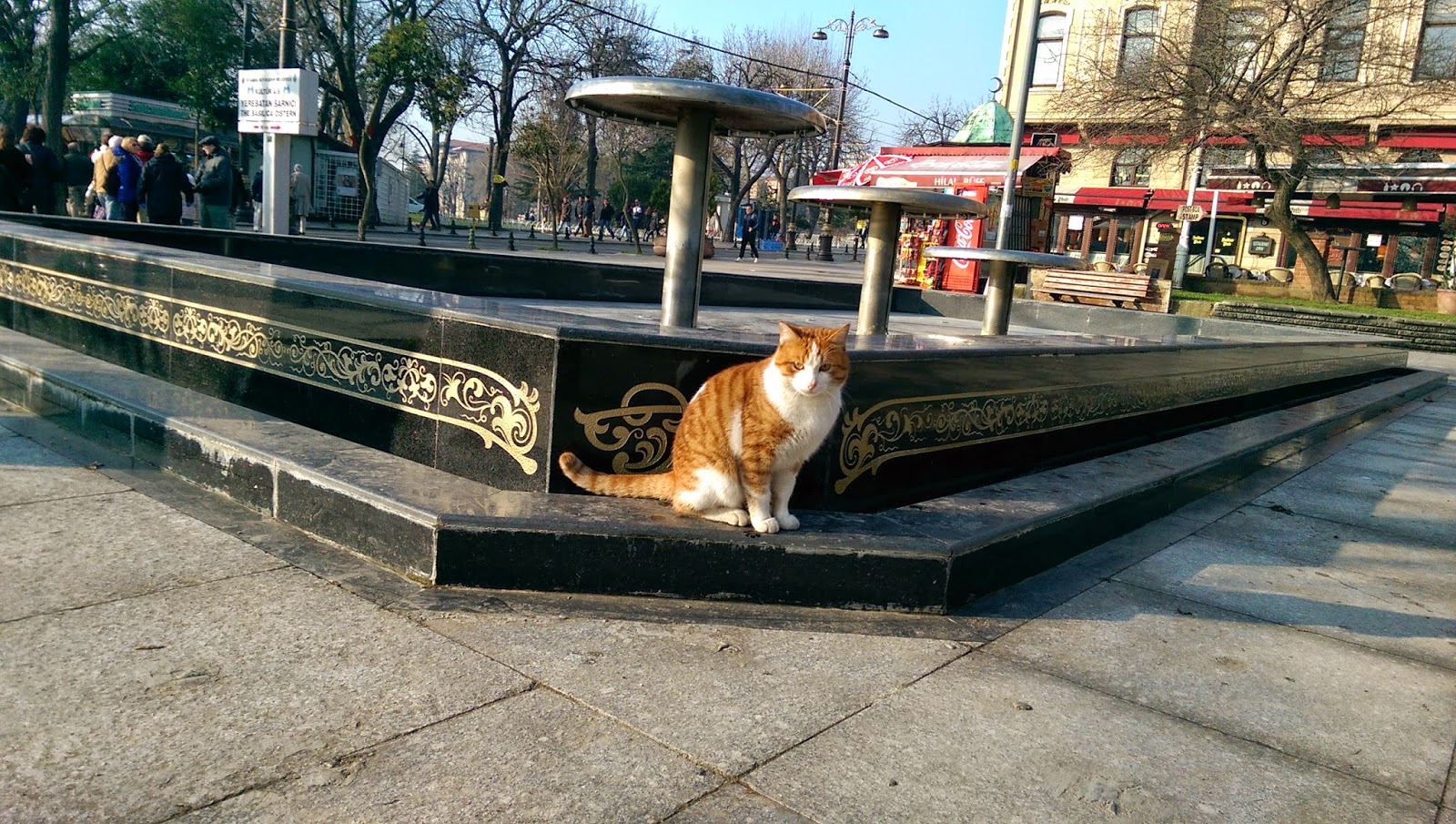