It’s been a long time—two decades, in fact—but San Diego’s iconic Cohn Restaurant Group (CRG) was once a part of the brewing industry. In the late-nineties, it operated Hang Ten Brewing in the Gaslamp Quarter, kicking off the careers of legendary brewers Paul Segura (Karl Strauss Brewing) and Chuck Silva (Green Flash Brewing, Silva Brewing), before shuttering due to outrageous downtown rent escalation.

CRG recently announced its acquisition of a 25,000-square-foot, indoor-outdoor space in La Mesa where it will convert the failed Depot Springs Beer Co. project into a brewery-restaurant called Draft Republic Brewing. San Diego’s most successful restaurateurs plunging back into the deep-end of the beer pool is big news, so we booked some time with David Cohn to find out more.

WEST COASTER:
Why were this time and and this space right for CRG to get back into brewing?
DAVID COHN:
We’ve thought about getting back into it for some time. I don’t know that we would have built a brewery from scratch, but [the Depot Springs site] presented a unique opportunity and I think it’s in an underserved area. East County can support more breweries and brewery-restaurants, so we’re getting in at the right time. Having a three-legged stool of brewery, restaurant and activities attracted us and made us realize it would be something that gives us a better chance of being successful. Every business is becoming more competitive, so you need those points of difference. It’s like the way we look at restaurants—why would someone come to ours instead of someone else’s? We have those three legs, we’ve been around a long time, we have the ability to do it right and hire the right people, we have great design people in-house and can create something really fantastic in that space.

Q: What was problematic about the Depot Springs concept and how will your concept differ?

A: They had a great plan, but they were trying to squeeze too much into the property. Each component was good by itself—activity, food and beverage, brewery, performance space—but maybe there were just too many of them. Our goal is to simplify and try to be realistic about what we can execute well in that space and what the neighborhood wants. I’ve seen [restaurant owners] bring the community what they think the community wants without finding out what that is with boots on the ground. Sometimes you need to broaden your vision to include the whole community. We’ve tried to go into neighborhoods and do what makes sense for that particular community. Younger families are moving [to La Mesa and East County] and that’s why we want to be kid- and dog-friendly. We don’t want to tell them what they should want. We want to give them what they actually want.

Q: Tell us what you have in the works for the project space?

A: I think we have some good bones to start with. There’s a plan and building, so we tried to take what we liked about what was designed earlier, because some of it is great. For the façade of the restaurant, we’re building what was planned for the most part, but making some changes. As far as décor goes, there will be some similarities with our Draft Republic restaurants. For instance, we still want to think about the fact people like to watch sports, so we’ll have some large video 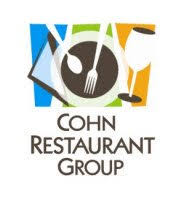 screens and boards. We want people to be able to come in for more than just a pint or two, maybe have dinner with family and friends, knowing their kids will have fun stuff to do. So we won’t be a sports bar, but want people to know we’re a good place to come and watch sports. The biggest alteration will be enlarging the kitchen from what it was planned as. It was pretty small. We’re reducing some of the bar area, which we’re OK with since it’s more of a family area than late-night spot. We’d be happy to be wrong about that. On the west side of the building, we’re totally redoing it and installing activities versus the concert venue [from the Depot Springs concept]. There’ll be a children’s area separate from the beer-themed mini-golf course we’re doing. And we’re doing away with the [previously planned] rooftop kid’s area and making a real beer garden with activities.

Q: How long will it take to get Draft Republic up and running?
A: We predict it will take the next 12 months for the build-out. That gives us six months to hire a brewer, and they’re going to walk into a really good situation where they don’t have to make money from beer revenue from day one. We have the resources to allow them to find their footing. We expect to have 24-to-30 taps, and have six or seven of them devoted to house beers, with the rest serving guest beers.

Q: What were some challenges at Hang Ten and how are you better equipped to handle them this time around?
A: There are some similarities with inheriting an existing brewing system. Back then it was a badly-designed system on multiple levels. We didn’t do poorly, but it was a different time. There certainly wasn’t the competition that there is now. Our lease came up for an auction period where we were facing a big increase in rent. Five bucks per square foot to brew beer in the Gaslamp didn’t make sense for us to continue in that location. Our new spot isn’t on Fifth Avenue or a high-rent district. We purchased the property, so we’re looking at solar and long-term investments because we own the building and don’t have to cut any corners.

Q: Brigantine and Hodad’s are also getting into brewing. Is this a growing trend?