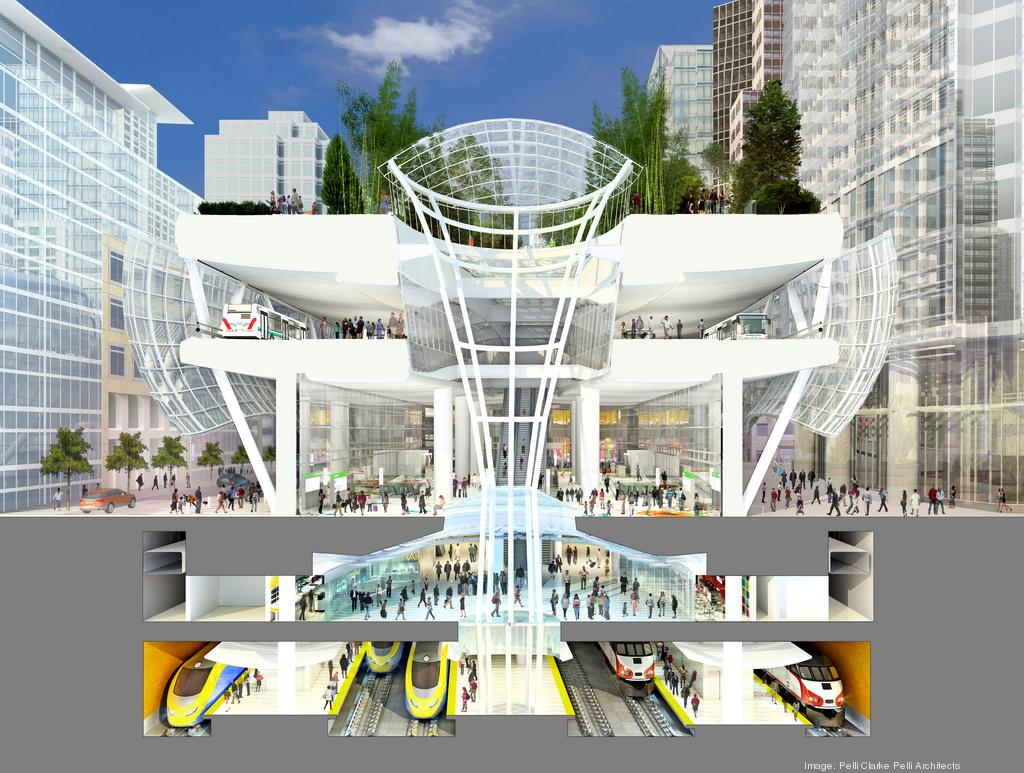 The long-awaited Transit Center in downtown San Francisco will open to the public on August 11, 2018 (Saturday) providing a new, world-class, 21st Century facility that will serve transportation systems throughout the Bay Area and, someday regional and high-speed rail.

Naming rights to the Transit Center and the nearby new mega-story skyscraper were purchased by Salesforce, a cloud computing and social enterprise software-as-a-service (SaaS) provider based in San Francisco. It was founded in March 1999, in part by former Oracle executive Marc Benioff. 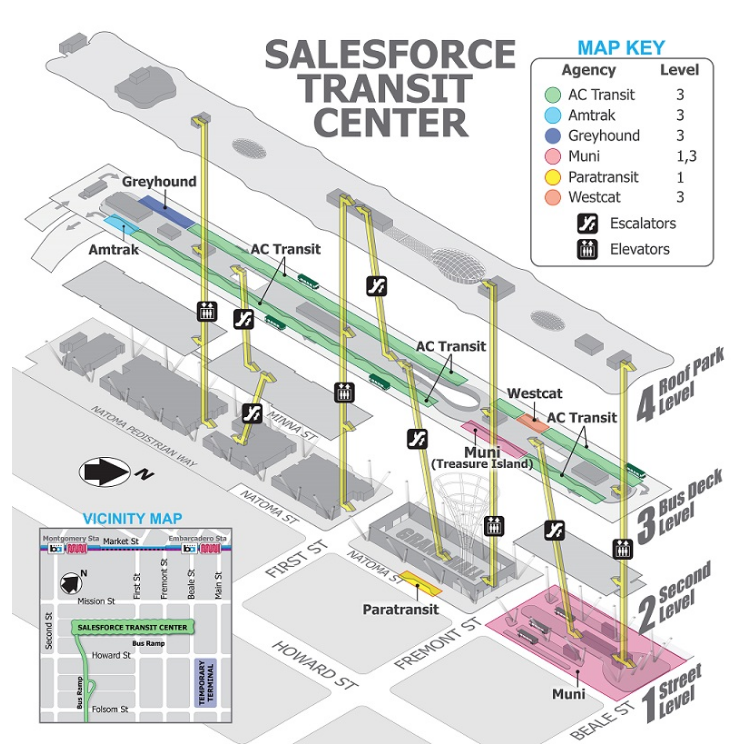 This two-block long, four-story-high regional transportation hub just south of Mission Street between Second and Beale streets, will serve people from all over the San Francisco Bay Area, improving travel times to the downtown area for commuters and travelers from all over the region. In addition to the transit-focused amenities, this world-class hub will be like no other, including a Grand Hall entrance, gondola, and a rooftop park! This new regional transportation hub will serve people and transit agencies from all over the Bay Area, providing improved and faster service to and from San Francisco.

The major Transit Center elements include:

Phase 2: In the future, Caltrain train service from the peninsula and eventually California High-Speed Rail trains from Southern California will move into an underground station at the Salesforce Transit Center.

The Salesforce Transit Center is touted as the “Grand Central Station” of the west, a fully integrated transit hub capable of getting people to any major destination in the region from one central location using only public transportation.

The original Transbay Terminal at First and Mission streets opened in 1939 and was a regional transit hub for over 60 years. It was closed in 2010 to make way for a new world-class transit center that will serve the region. While construction of the new Salesforce Transit Center took place, a Temporary Transbay Terminal served Muni and AC Transit for eight years.

The Transbay Joint Powers Authority (TJPA) manages and operates the Transit Center with SFMTA as a partner providing technical support and design input for the project, particularly as it relates to transit power infrastructure for Muni buses and the design of the street-level bus plaza which will be the terminus for the Muni 5, 5R, 6, 7, 38 and 38R routes. Funding for the project is provided through TJPA and includes federal grants, proceeds from the sale of state property in the area, loans and local (SF) sources. 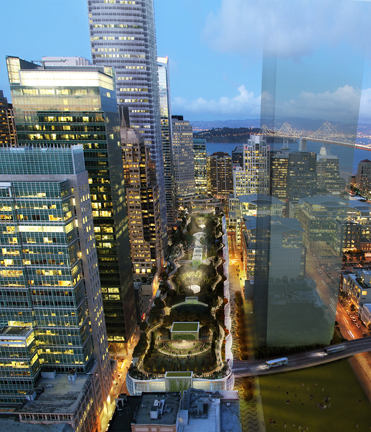