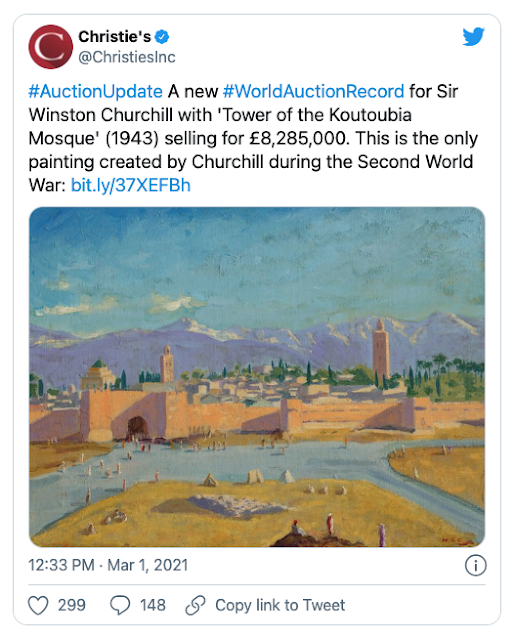 Early this month famed auction house Christie’s in London sold off “Tower of the Koutoubia Mosque” to an unnamed Belgian buyer for more than $11.5 million. For more click here from CBS News via Associated Press. The Moroccan scenic painted by Sir Winston Churchill in 1943 was sold by American actress Angelina Jolie, who was gifted the painting by American actor Brad Pitt.

Pitt paid an estimated $3 million for the painting of a 12th century mosque at Marrakech at sunset with the Atlas Mountains in the background. Churchill was in Morocco to attend the famous January 1943 Casablanca conference with U.S. President Franklin Roosevelt to discuss ongoing plans to defeat Nazi Germany.