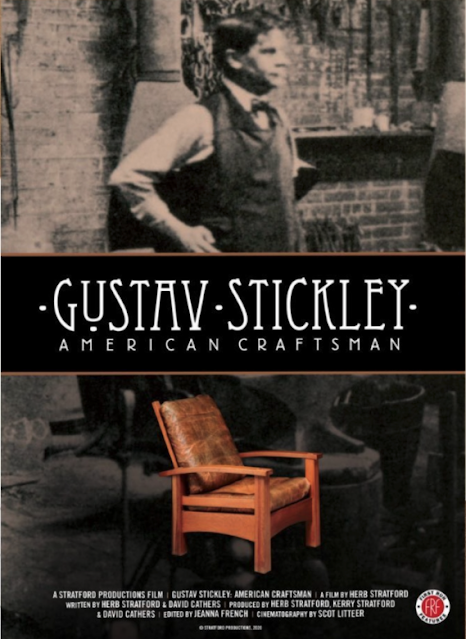 From the Arizona Daily Star and the Dammann News Service.

American furniture maker Gustav Stickley was kind of a big deal in the early years of the 20th century. Considered the father of the American Arts & Crafts movement, a movement that emphasized strong, simple aesthetics, Stickley was a titan in his field. His furniture was highly sought after. He owned an 12-story department store in New York City and ran his own publication, a magazine called The Craftsman, that explored the philosophy behind his creations. 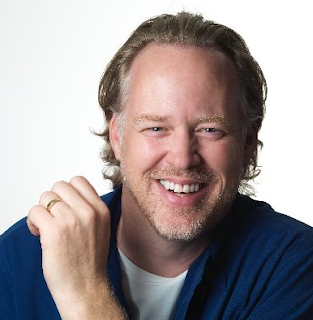 His fast rise to fame, and subsequent decline into obscurity, is what made West Coast/Tucson filmmaker Herb Stratford (left), interested in documenting his life. "I find him fascinating," Stratford said. "The fact that he was a contemporary of people like Louis Comfort Tiffany and Frank Lloyd Wright but doesn't have the same name recognition. His legacy is so important." Stratford's film, " Gustav Stickley: American Craftsman," will be offered for streaming on various virtual film streaming sites, starting tomorrow, Friday, March 5. Click here.

Using an all-Tucson film crew and working with David M. Cathers, a biographer who literally wrote the book on Gustav Stickley, Stratford spent four years traveling the country from Stickley's summer home in Skaneateles, New York, to the Museum of the American Arts & Crafts Movement in St. Petersburg, Florida .

He interviewed dozens of scholars, private collectors and family members, including Ben Wiles, Stickley's last living grandson, before his death in 2019. "We were able to get some great stories from him," Stratford said. "He grew up in a house with Gustav toward the end of (Gustav's) life."

A longtime fan of Arts & Crafts furniture and home design, Stratford had been mulling the idea of creating a documentary about Stickley for nearly 20 years. "There are plenty of books written about Gustav Stickley but any type of film is hard to come by," Stratford said.

The documentary follows Stickley's career from his early work in his uncle's chair factory, to the rise and fall of his own brand and its eventual resurgence in the 1970s, long after his passing in 1942.

"In the '70s, you saw an explosion of interest," Stratford said. "People like Barbra Streisand were spending hundreds of thousands of dollars on Stickley furniture. The market went nuts." Strattford said the film, which clocks in at just over an hour, is just as accessible to younger generations as it is for longtime fans of the Arts & Crafts Movement.

"It resonates," he said. "Things like today's DIY (do-it-yourself) movement speak to that same ethos that Stickley had about working with your hands, making things that are meant to last."

For more information on the Stickley documentary, visit facebook.com/GustavStickleyDoc.

Herb is pictured below when he was the Napa Valley Film Festival director of programming. He’s pictured with actress Shailene Woodley, who spoke at one of the NVFF event in Napa, California. (Photo by Chelsea Lauren/Getty Images for NVFF).

F.Y.I She appeared in TV series/films, including the “The Descendents, Big Little Lies” and is in the media recently as the woman engaged to be married to NFL football star Aaron Rodgers. 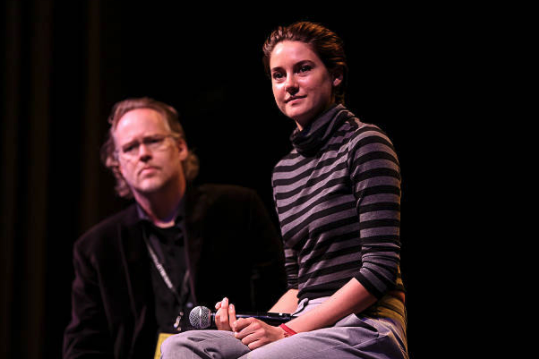