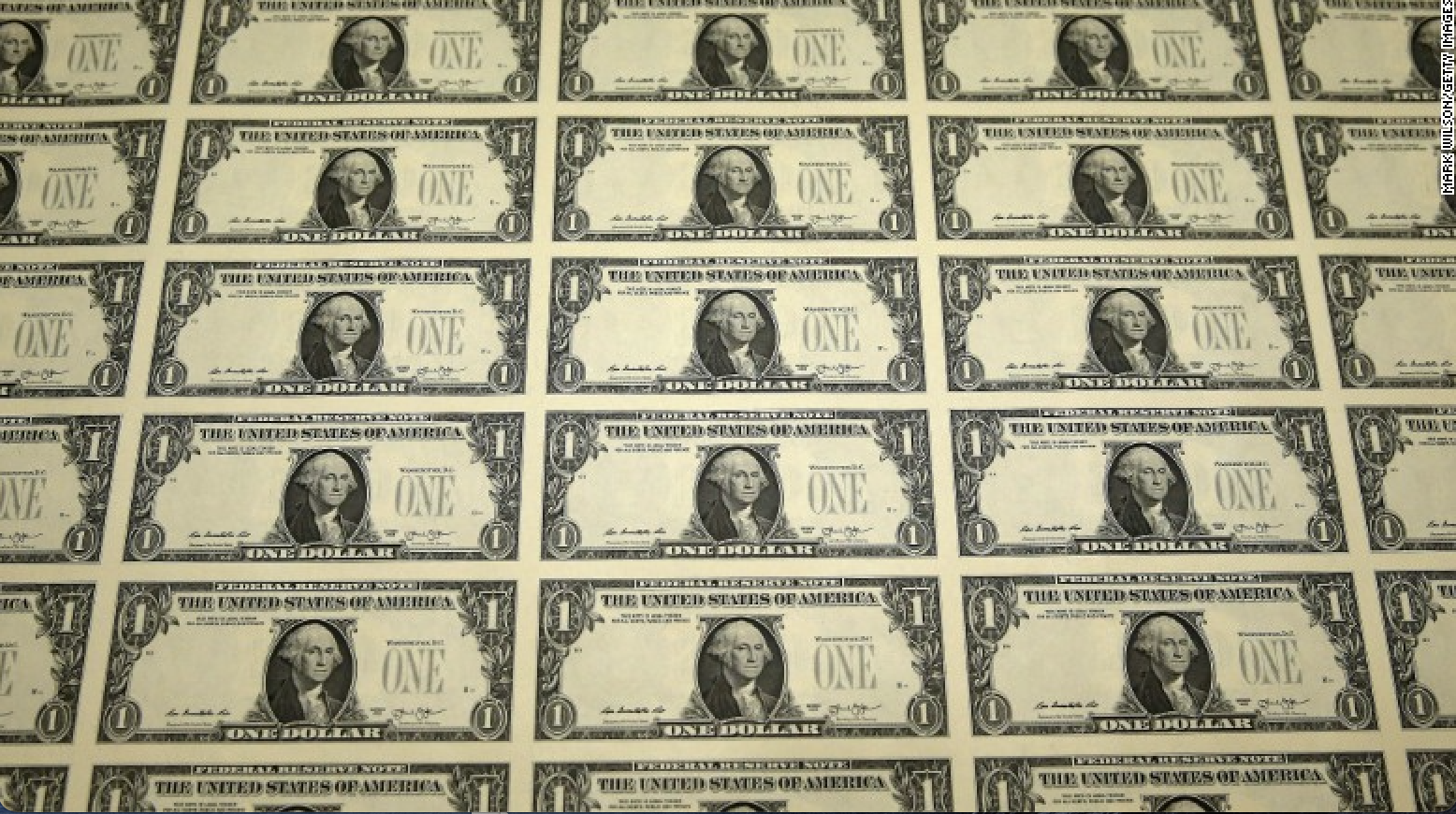 Editor’s Note: As Edward Jones is the financial advisor of this daily online publication, permission has been granted to pillartopost.org to republish certain data to our readership.

GUEST BLOG / By Craig Fehr, a CFA Investment Strategist with Edward Jones Company--The early March/2021 wrestling match between the stock market and interest rates continued last week, with rates temporarily coming out on top as yields moved up and stocks pulled back.

Last week's reaction signaled what appeared to be two emerging views among investors:

1) a view that higher interest rates and higher stock prices can't coexist, and

2) a view that the dip in stocks was severe and a sign of a new direction for the market. A bit of perspective on both counts is necessary.

On view No. 1, rates are higher, but they are not high. Ten-year rates did rise significantly last week, and yet that simply brought them back to where they were a year ago. Moreover, at 1.6%, 10-year interest rates are roughly half the 3.1% average of the last 20 years.

On view No. 2, while headlines used words like "sell-off" and "turmoil" to describe the move in stocks, the S&P 500 dipped by just 3.4% from Monday's closing high to Thursday's closing low.

In any event, after sharp and steady gains over the past year, the stock market's mood may feel like it's changed in recent days, with the conversation shifting from reopening and stimulus to inflation and interest-rate risks. Does this signal that the market may be peaking? In our view: no. The terrain is a bit more rocky and the air is a bit thinner at this altitude, but here are three reasons why we don't believe the market has reached the summit: The Fed is a long way from overtightening.

Recessions and bear markets often emerge when monetary-policy settings become overly restrictive (in an effort to curb inflation). The Fed has not even begun to remove stimulus or raise its policy rate, much less overtightened to the point where it's undermining the recovery.

Ten-year benchmark interest rates have risen recently amid signs that inflation is picking up. Higher inflation is the product of a healthier economy and rising demand, so a move higher in longer-term rates is, in our view, a signal that confidence in the economic rebound is rising.

As the expansion matures, we think inflation pressures could rise to levels that will require rate hikes from the Fed, sending longer-term rates to more restrictive levels. But we think we could be several years from higher rates posing a more systemic risk to the economy or stock market.

We think last week was part of the recalibration process between the stock market and Fed communication – a dance that has produced its share of stumbles. In 2013, the stock market fell more than 6% in response to the Fed eluding to its future intentions to reduce stimulus (referred to as "the taper tantrum").

A 10% correction occurred at the beginning of 2016 after the Fed initiated the first rate hike, and stock market corrected again in 2018 amid worries the Fed had raised rates too far. We think the stock market will experience periodic bouts of anxiety as it digests Fed communications, but the bottom line is that we expect monetary policy to remain more of a tailwind than a headwind for a while longer.

Signs of the peak?

Looking at the prior bull-market peaks in 1980, 1987, 2000 and 2007, the Fed's short-term policy rate had already risen materially, and 10-year rates were at an average of 8.1%. Today, the policy rate is at 0% and 10-year rates are below 1.6%, suggesting to us that interest rates are closer to early- or mid-cycle levels than the peak, offering sufficient room before rates become a threat to the broader bull market.

The labor market is still healing. Friday's release of the February employment report brought some encouraging news, showing the U.S. economy added 379,000 jobs in the month. This was more than double the gain from January and the best payroll growth since last October.

Of particular note was that 355,000 jobs were added in the leisure & hospitality sector, an early sign that this beleaguered segment of the economy may be in the early stages of its recovery as vaccinations rise and travel and dining restrictions decline. The path ahead for the labor market will be the driving force in the economic rebound, in our view.

While we've added 12.9 million jobs since May, we are still 9.5 million below the pre-pandemic level, suggesting significant scope for improvement ahead. We expect it to take time to recover the lost jobs, but we should see some uptick in the pace of job creation as we progress through this year.

This boost to aggregate income and consumer confidence (along with already elevated personal savings) will, in our estimation, drive above-average household spending and GDP growth in 2021.

Signs of the peak? Unemployment is traditionally troughing as the economy and stock market run out of steam. The unemployment rate ticked down to 6.2% in February, and while this is a dramatic drop from the 14.8% rate a year ago, we don't think it's done falling.

One note: With concerns of rising inflation emerging recently, improving employment conditions may be interpreted as a contributing factor to higher inflation via rising wages. While over time we agree with that connection, there is still sufficient slack in the labor market that will take time to tighten up, meaning we don't think the wage-price spiral is a threat at this stage.

New peaks typically raise the elevation over their predecessors. We recently passed the one-year anniversary of the pre-pandemic peak in the stock market (February 19, 2020). Stocks recovered their losses in record time, having now reached new highs, with the S&P 500 currently 12% above the previous peak1. Since 1980, the stock market was down an average of 25.2% one year from the previous bull-market peak, putting the current recovery in rare air. Nevertheless, history teaches us that the second year after a peak is often favorable, consistent with our view that the path ahead is higher. Following past peaks, stocks rose an average of 16.3% in year two1. Signs of the peak? Regaining the prior peak does not mark the end of the trail. In fact, since World War II, each new bull-market peak was, on average, 90% higher than the previous peak, highlighting the importance of discipline and a long-term approach, particularly in the face of periodic volatility.

We think the market moves in recent weeks reflect some fatigue, but not exhaustion. With evidence building in support of a coming economic rebound, we think the past year's gains and optimistic expectations are warranted. At the same time, current valuations are already pricing in a fair degree of optimism, reducing the cushion against periodic worries over waning Fed stimulus or rising interest rates. We expect the climb to continue in the coming years, but stumbles should be anticipated along the way. 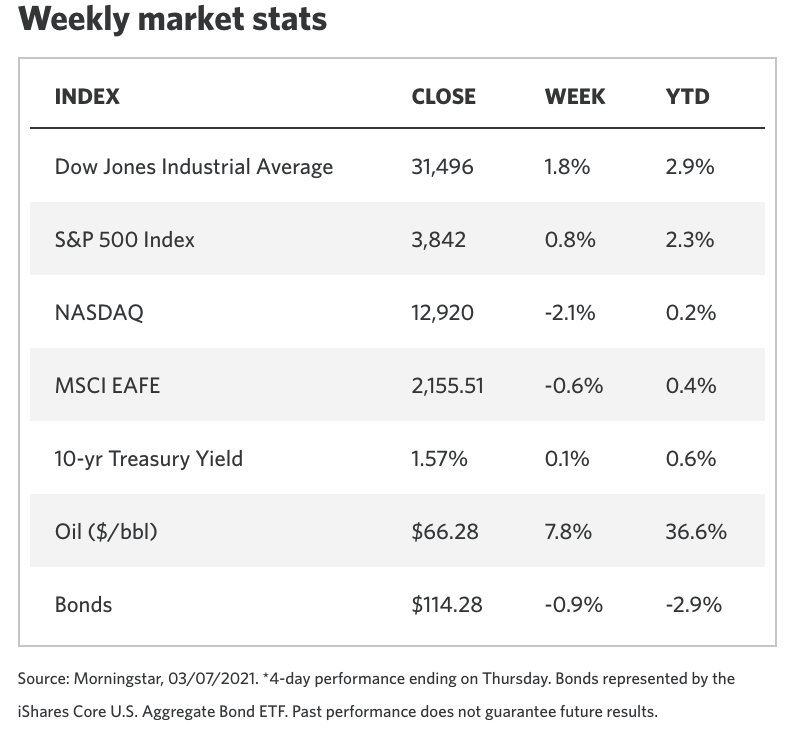