AMERICANA / WHY CALL TO IMPEACH CLARENCE THOMAS IS GAINING STEAM 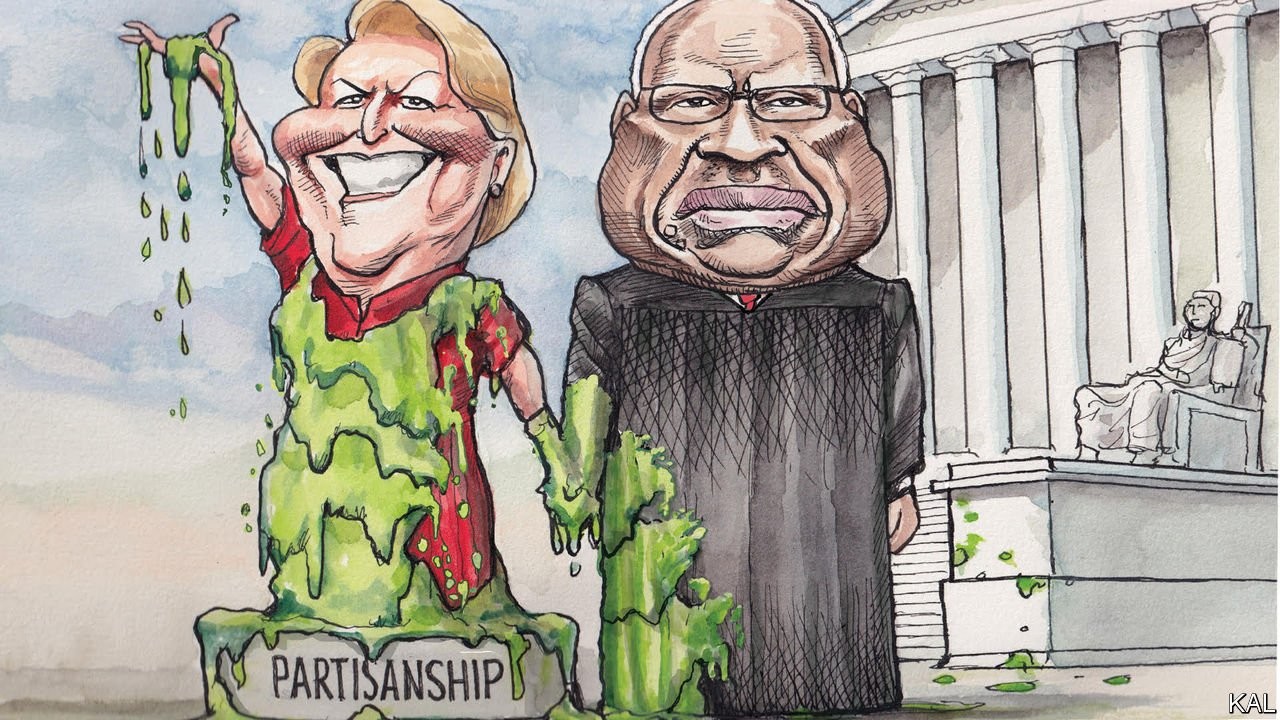 That's a question many are revisiting in the wake of the Supreme Court's decision to overturn Roe v. Wade. Thomas was a part of the majority in the Dobbs v. Jackson Women's Health Organization decision, which was handed down on Friday, June 24, and which ended the constitutional protection of abortion rights by overturning Roe.

Thomas's vote, however, is not central to why lawmakers and advocates alike are discussing impeachment (or, at the very least, demanding a few explanations).

Talk of removing him from the court has been simmering for a while now, and was reignited in March (at least a full month before the court's vote regarding Roe was leaked), after Thomas failed to recuse himself when hearing a case regarding the January 6 committee's access to former president Donald Trump's documents, despite an apparent conflict of interest: His wife, Virginia “Ginni” Thomas, was allegedly in communication with Trump administration officials in the weeks leading up to the insurrection.

On March 29, Representative Alexandria Ocasio-Cortez said that Thomas should resign, suggesting that if he didn't, his failure to “recuse himself from matters involving his wife and his vote to block the Jan 6th commission from key information” should be investigated and “could serve as grounds for impeachment.”

And just earlier this week, a MoveOn.org petition calling for members of Congress to impeach Thomas surpassed 700,000 signatures.

Here's why people like AOC and Senator Elizabeth Warren, among others, are demanding an investigation into Clarence Thomas—and his possible impeachment.

First, who is Justice Clarence Thomas?

Clarence Thomas was nominated to the Supreme Court by President George H.W. Bush in 1991, when he was just 43, after Justice Thurgood Marshall announced his retirement. At the time Thomas had just a year's experience as a federal appeals judge.

His confirmation hearing before Congress was initially uncontested, until the existence of an FBI interview with Anita Hill, who claimed Thomas had sexually harassed her while she worked under him at the U.S. Department of Education and the Equal Employment Opportunity Commission, was leaked to the press.

Why do people want to impeach him?

Despite the concerning rhetoric Thomas used in his concurring opinion in the Dobbs case, in which he suggested that the Court ought to “reconsider” the cases which legalized gay relationships, gay marriage, as well as contraception, his beliefs are not at the core of the current discussion of his impeachment—however inflammatory they may be. The main arguments against Thomas center around his relationship with his wife, conservative activist and attorney Ginni Thomas.

To be clear: It's not Ginni's politics that are an issue (at least not where Clarence's impeachment is concerned); it's Clarence's failure to recuse himself in situations in which there appears to be a conflict of interest, and to disclose allegedly pertinent information. January 6 case: A year after the insurrection at the Capitol, the Supreme Court granted the January 6 committee access to documents belonging to former President Donald Trump, which they reviewed as part of their investigation.

The decision was contested by a lone justice—Clarence Thomas—who said that the president should be able to keep his documents on hold. It was later reported that not only was Ginni at the “Stop the Steal” rally in D.C. on Jan. 6, but she also exchanged text messages with then chief of staff Mark Meadows in which she urged him to “help This Great President to stand firm" after the election was called in favor of Joe Biden, per CNN.

Many, including Senator Warren and 23 other members of Congress, are demanding to know why Thomas did not recuse himself despite his wife's “efforts to overturn the 2020 election.”

"I believe that not recusing from cases that one clearly has family members involved in with very deep violations of conflict of interest are also impeachable offenses,” Representative Alexandria Ocasio-Cortez said in June 2022, reiterating her stance following the Roe decision on Meet the Press.

Undisclosed income: In a profile published in January of this year, The New Yorker's Jane Mayer revealed Ginni was an “undisclosed paid consultant” for the Center for Security Policy, a conservative pressure group. CNBC reported she was paid $200,000 in 2017, but that the sum was not disclosed in Clarence's annual financial report, which requires judges to report the sources of spousal income, per The New Yorker.

“I believe that violating federal law in not disclosing income from political organizations, as Clarence Thomas did years ago, is also potentially an impeachable offense,” added Ocasio-Cortez in the same Meet the Press interview.

But that's not all.

The same year the Center for Security Policy's founder, Frank Gaffney, submitted an amicus brief to the court in favor of the Trump administration's 2017 Muslim ban. Thomas did not recuse himself, despite Ginni's ties to Gaffney, and the ban was later upheld in a 5-4 majority decision.

Per MSNBC, Thomas has never recused himself in relation to or because of Ginni's work. What’s all this talk about Loving v. Virginia? In his concurring opinion regarding Dobbs, Thomas said that the court should “reconsider” three other landmark cases: Obergefell, Lawrence, and Griswold. All four decisions relied on the same legal logic that was used to decide Roe; in its rulings, the court decided that gay marriage, gay relationships, and contraception, respectively, were liberties protected under the due process clause of the 14th Amendment (that's the amendment that protects the right to life, liberty, and property).

A few days after Roe fell, Samuel L. Jackson asked on Twitter why Thomas had not also mentioned Loving v. Virginia—the 1967 decision which found bans on interracial marriage to be an infringement on citizens' 14th Amendment rights—in his concurring opinion. Clarence Thomas, a Black man, is married to a white woman, Ginni. Many, like Jackson, saw his omission of such a landmark case that utilizes the same logic to be telling of his clear bias and further evidence that he is unfit for a role on the highest court in the land.

What about the other justices? Clarence Thomas isn't the only justice whose actions have been called into question. During her appearance on Meet the Press, Rep. Ocasio-Cortez [D-NY] suggested that Justices Neil Gorsuch and Brett Kavanaugh lied under oath to Congress—an impeachable offense, she says—during their confirmation hearings in 2017 and 2018, respectively, regarding whether or not they would overturn Roe v. Wade.

Both justices danced around the question without necessarily declaring outright that they wouldn't overturn Roe, though they did both say it was settled legal precedent and that the court should respect it as such.

Senators Joe Manchin and Susan Collins both declared the justices' actions to be a breach of trust given their testimony under oath. “This decision is inconsistent with what Justices Gorsuch and Kavanaugh said in their testimony and their meetings with me,”

Senator Collins wrote in a statement about the fall of Roe. “They both were insistent on the importance of supporting long-standing precedents that the country has relied upon.”

Back in 2019, Representative Ayanna Pressley also called for the impeachment of Kavanaugh because of his alleged sexual assaults, discussed at length in his own confirmation hearing. “Sexual predators do not deserve a seat on the nation’s highest court and Brett Kavanaugh’s confirmation process set a dangerous precedent,” Pressley said to WBUR at the time, referring to Christine Blasey Ford's accusations. “We must demand justice for survivors and hold Kavanaugh accountable for his actions.” 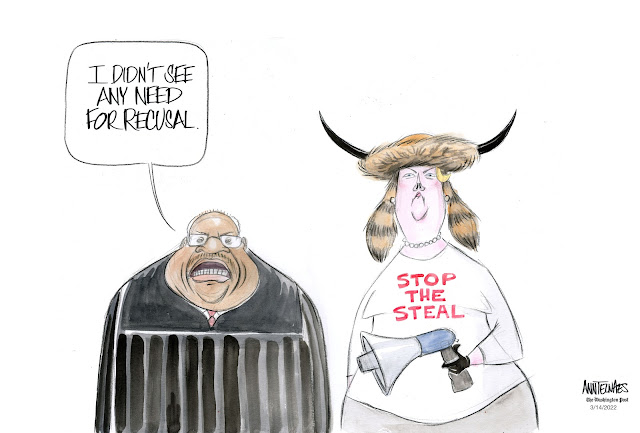 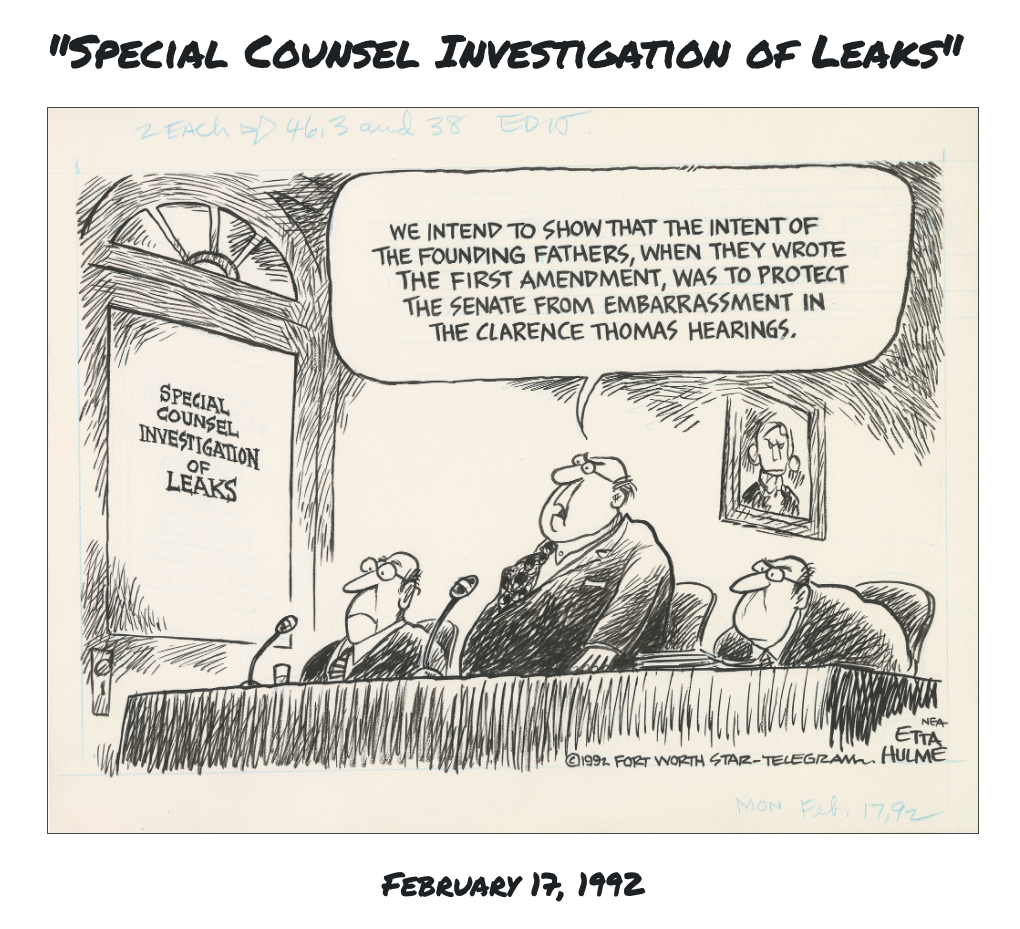