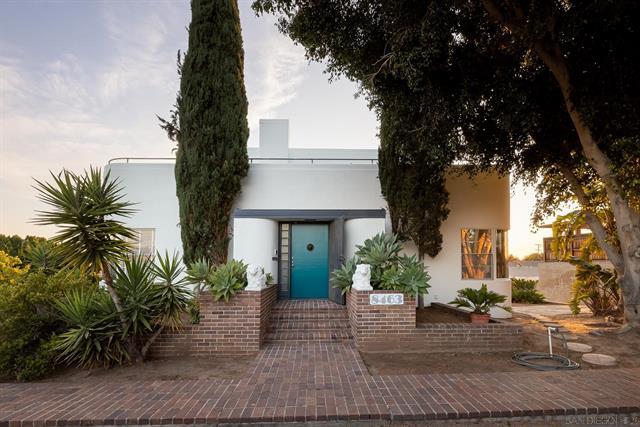 GUEST BLOG / By Keith York, Agents of Architecture/Modern San Diego-- The Walter Church Residence (1941) by builder, Reuben C. Haas was reportedly built from plans that were “three years in the making” and was referred to as “One of the most modern residences in San Diego” when it was first published -- just days prior to the attack on Pearl Harbor.

Walter Church, a local celebrity, bought the property on May 7, 1940 and construction was completed by February 18, 1941. Church’s mansion and estate was originally conceived as a 20-acre ranch of orange groves and horse stables. Church managed automotive battery stores, gasoline stations, owned The Walter Church 9 baseball team “which launched Ted Williams on his career”, and rode his prize horses in nearly every parade in Southern California.

Emerging in the 1930s, Streamline Moderne architecture took cues from the elegant curves and horizontal lines of airplanes, locomotives, ships and product design of the period. The round porthole windows and the steel deck railings of the Church Residence bring to mind ocean liners of the early 20th century just as the absence of ornament connects this home to regional modernism of San Diegan Irving Gill, Vienna Secessionists like Adolf Loos as well as the Bauhaus in Germany. As the Great Depression waned and the US entered World War II, the flat roofs, rounded corners and glass brick of Streamline Moderne buildings showcases a short-lived movement in design. 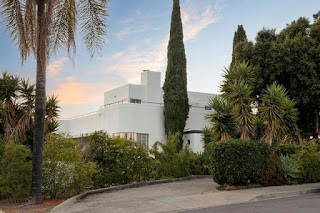 From its hilltop location, The Church Residence offers unparalleled sunrise and sunset views, as well as panoramic views from the roof deck. The elegant contours of its streamline modern design, a number of original interior and exterior finishes (including recessed lighting and period wood and glass detailing) this authentic estate is ready for its next steward. Reuben C. Haas's building career spanned 30 years from the mid-1920s through the mid-1950s and across San Diego County.

Of his many projects, at least five houses built by Haas have been historically designated in San Diego. The Church estate offers unrivaled space and aesthetics for entertaining, hosting, and working from home. Abundant storage options include a bomb shelter, walk-in safe, as well as an expansive standing-height crawlspace.

The article above was posted in Dwell Magazine by Keith York. 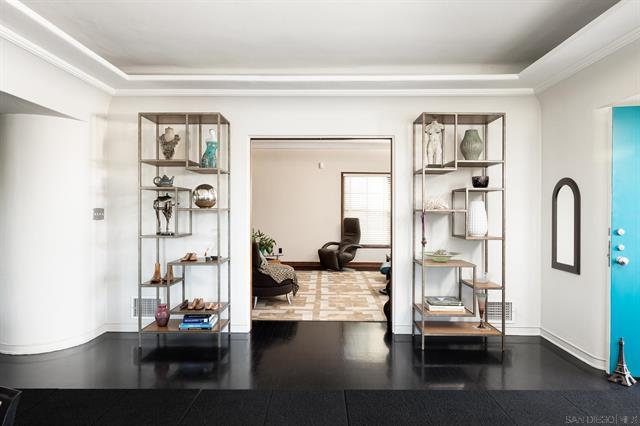 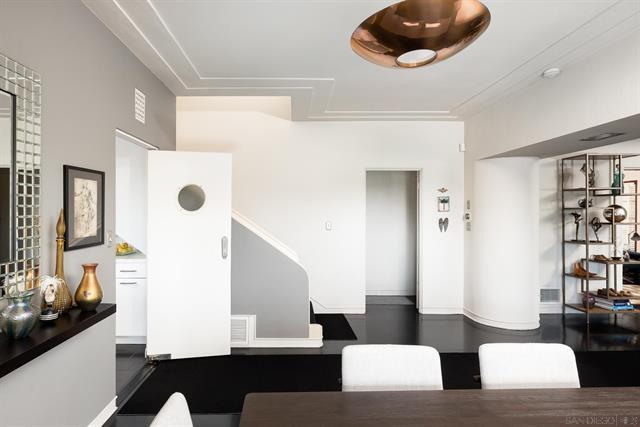 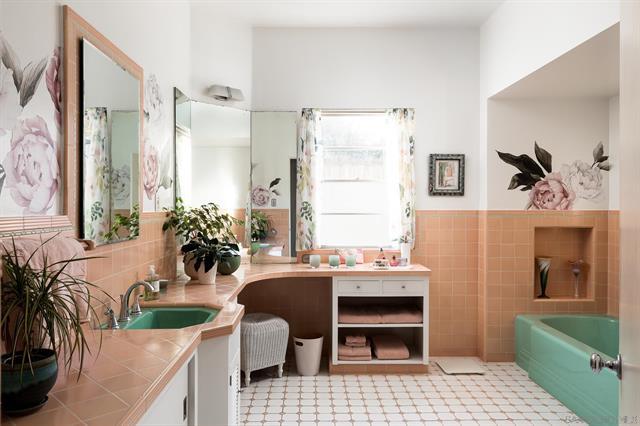 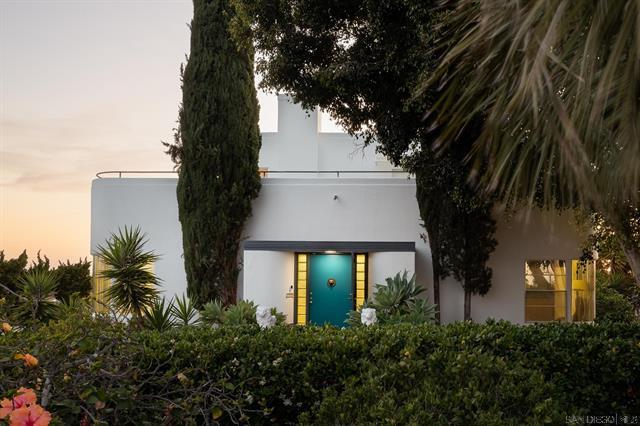