GUEST BLOG / By Natallie Rocha, San Diego Union-Tribune--The initial shock of a pricey electric bill may have you feeling numb, but still wondering how to save a few bucks. At the start of the year, for example, the average ratepayer in San Diego saw their electric bill spike 7.8 percent from the previous month. While consumers can’t control inflationary costs for everyday essentials like groceries and gas prices, they can take a hard look at their electricity bills.

It’s 3 AM — check your energy usage Alan Meier, director of the Energy and Efficiency Institute at the University of California Davis said that one way to gauge how much energy your household consumes is to check your energy usage at 3 a.m. Now, you don’t have to wake up in the middle of the night to check your meter. Instead, you can log on to your SDG&E smart meter to see how much energy is consumed in the wee hours of the morning, when no one is awake.

He said it’s hard to come up with a one-size-fits-all number, but for starters, if your energy usage is above 0.2 kilowatts or 200 watts at 3 a.m. that could be a sign you have devices or appliances around the house sucking up extra energy. “If you’re using more than 200 watts at 3 in the morning, there’s probably some things that are switched on that needn’t be and there are opportunities for saving electricity,” he said. You don’t have to run around frantically yanking electronics from outlets but be aware there are things in your house that can be regularly switched off, upgraded to an energy-efficient version or unplugged completely.

Things that are taking up energy and costing you money just by being plugged in are consuming “standby power,” a concept that Meier has researched throughout his career. If you have kids in the house, one example would be a gaming console, which he recommends unplugging when it’s not being played. He said phone chargers being plugged in are not a big concern because manufacturers have reduced the electricity they generate. Consumers should look around the house to see what might be needlessly siphoning energy.

“You might discover you still have a VCR plugged in somewhere,” he said. “Around 15 percent of homes still have VCRs at least in their homes and presumably plugged in. Just unplugging that is a small contribution. You probably don’t use it anymore.” Other “antique devices” that can be either unplugged or given away include a fax machine, a shredder, or a second printer if they are rarely used. Swapping out any old incandescent light bulbs for new energy-efficient bulbs is another simple upgrade to make. As more people are working from home, make sure to not leave your desktop screensaver displayed overnight and instead flip your computer into sleep mode.

The same rule of thumb applies to your television. Meier said “that alone can contribute 20 or 30 watts to your 3 a.m. consumption … because that’s like having it on all the time.” If you turn off at least one computer and monitor every night and on weekends that could save you up to $80 per year, according to SDG&E. Additionally, the utility company said that flipping computers or copiers to sleep mode when not in use can cut energy costs by up to 50 percent.

Scan your kitchen for ways to save San Diego Gas and Electric said that consumers should try to shift their energy use to before or after the higher-priced, peak-energy hours of 4 p.m. to 9 p.m. That means holding off to run a fully loaded dishwasher before going to bed could help save money. It’s been said that packing your refrigerator can help it run more efficiently compared to an empty fridge but Meier said that might just be energy folklore. He explained that he hasn’t seen solid evidence to back up this claim.

However, when it comes to refrigerators if you’re not one to frequently use your automatic ice maker, he suggests switching it off or transitioning to old-fashioned ice trays. If your house gets big water bottles delivered for a dispenser — picture an office “water cooler” — check to see if there’s a red, hot water option. If there is and you don’t use it often during the summer, consider lowering the temperature or switching it off — otherwise, it is constantly ready to dispense hot water, Meier explained. Portable or ceiling fans are a cheaper alternative to running the air conditioning this summer. Without sounding like your parents nagging you about the thermostat — you don’t want to run the A/C willy-nilly this summer.

Although not everyone in San Diego County is lucky enough to have an air conditioning unit, those that do should be mindful when it’s running. SDG&E recommends adjusting your air conditioner to 78 degrees or higher during the summer. Switching the thermostat from 72 to 78 degrees can save up to 12 percent on cooling costs, according to SDG&E. Meier said the most impactful things to keep in mind about air conditioning is not only the temperature settings but how frequently you run it. 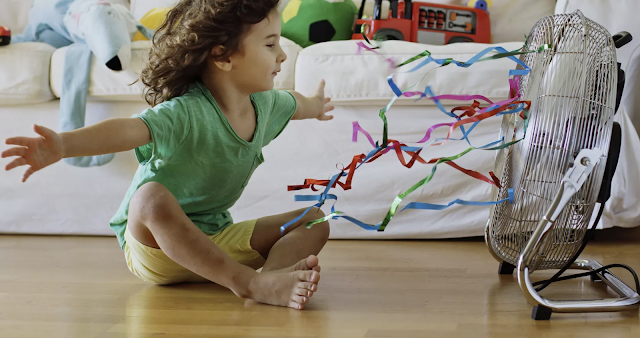 Turn it on when the weather is unbearable, but make sure it’s off when you’re not home. “In fact, air conditioning in most parts of California is a minority of your electricity consumption and so many other appliances are responsible for it,” he said. Without stating the obvious, if a portable or ceiling fan can get the job done, it’s much cheaper than running A/C. SDG&E says that running a circulating fan in one room can cost about 4 cents per hour versus cooling an entire house costing approximately $1 to $2 per hour.

While cutting back on A/C might seem like the most obvious fix, Meier said it is just the start. There are other previously mentioned “miscellaneous appliances” that “start adding up to a significant amount of your electricity consumption” if they’re not unplugged or managed carefully.