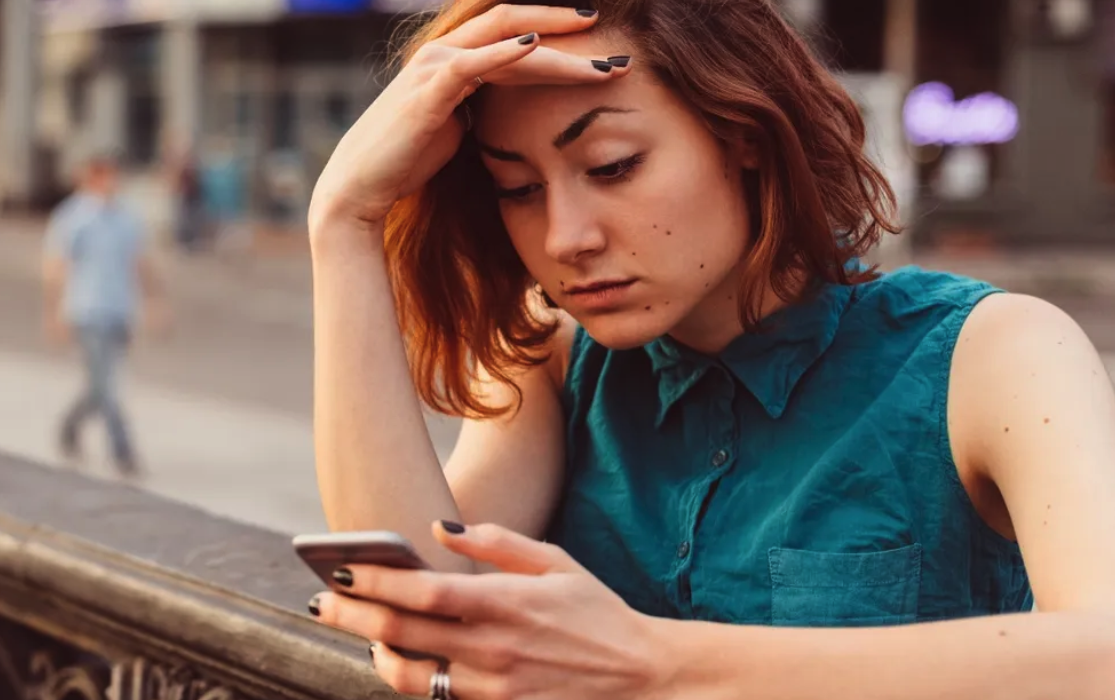 Scrolling, chatting, meeting, ghosting: online dating can be a depressing grind that leaves many singles feeling burnt out.

GUEST BLOG –By Jessica Klein, writer, BBC Workplace--Andy Hong feels like he keeps meeting the same woman online: a graduate from a small school in New England who likes to ski and play sports. The twenty-eight-year-old says he has nothing against this kind of woman, but he's not necessarily clicking with them, and knows there are all kinds of people out there with whom he could enjoy a romantic relationship.

The repetition is wearing on him, but still the dating app Hinge keeps recommending people from the same mold. “They cater to a type, and they will feed you a type,” Boston-based Hong says of Hinge. The experience has left Hong with what he calls “decision fatigue” – something others refer to as “dating app burnout”.

It’s a prevalent phenomenon in the app-based dating world. People grow tired of the endless scroll of potential dates available on the apps. Many users become frustrated with the time they spend swiping online, compared to the time they spend actually going on dates.

“From a pure numbers perspective, of a hypothetical 10 people you match with, you'll probably have a solid conversation with seven or eight,” says Hong. “Of those seven to eight, you might net out at like one or two [in-person dates].” These days, however, single people are hard-pressed to not engage with the world of online dating – even though many know it’s hard work, and potentially disappointing.

According to a 2019 study, online dating has become a much more likely way to meet a partner than a chance encounter. Yet it can take a toll: a recent survey from UK-based dating app Badoo showed more than three-quarters of singles felt burnt out by unrewarding interactions and inappropriate matches from platforms and apps.

Research from Hinge also found a significant portion of its users (61%) were overwhelmed by the modern dating process, and an April 2022 US study showed four in five adults “experienced some degree of emotional fatigue or burnout from online dating”.

It seems that regardless of how bad the experience gets, these apps remain one of the easiest ways to meet people romantically in a world that’s moving increasingly online. If people are going to remain on these apps to find dates, are there ways to mitigate the grind?

‘So much to wade through’ Simply, dating app burnout refers to exhaustion that comes from prolonged dating app use, says Nora Padison, a licensed graduate professional counsellor at Space Between Counseling Services in Baltimore, US.

There are a few basic signs of this fatigue: when a user associates negative feelings with approaching dating apps; when the act of using the app and the ensuing dating process exhausts them; and when it feels like “a second job”, says Padison, who has led two “modern dating support groups” for adults ages 25 to 35.

According to research by Leah LeFebvre, an associate professor of communications studies at the University of Alabama, more than half of the 395 Tinder users she surveyed in 2017 had deleted the app multiple times. In nearly 40% of those cases, it was because the user had started a relationship. But 35% of participants said they got rid of the app because they “felt unsuccessful”. This meant they either had “no responses, no matches, no potential partners or negative experiences”, LeFebvre wrote to the BBC in an email.

Some just got “bored” or “tired” of using the app; others found it “pointless” – all signs of dating app burnout. “I feel burnt out sometimes when I feel like I have to swipe through literally 100 people to find someone who I think is moderately interesting, or that I would maybe want to talk to,” says Rosemary Guiser, 32, a speech therapist based in Philadelphia, US. “It just feels like there’s so much to wade through.” Guiser started using apps like Bumble and Hinge when a relationship ended in January, though her first experience with dating apps was back in 2013 and 2014, with OkCupid and Tinder.

She says she started to feel burnt out with the apps almost “immediately upon opening” them. “The process of talking with someone, planning to meet with them and then meeting them – it’s a lot of time and work,” says Guiser. She doesn’t like chatting on the apps, she adds, because those text-based conversations don’t offer real insight into the other person. “You might have a great conversation with someone, but then you meet up and within 10 seconds, you realise that they’re not someone you'd want to get to know,” she says, which amounts to a waste of time.

It can also be a big emotional let-down to realise that the person who seemed like great match online doesn’t actually exist in real life. Guiser got tired of paywalled features that would have made her experience on the apps better, but that she hadn’t shelled out for. For instance, she looks at a potential match’s political beliefs before anything else. But on Bumble, she says, you have to pay to filter out people based on such characteristics.

Since she’s not paying, she’s “forced to wade through dozens and dozens of people I wouldn’t want to give a second look to”. It’s also tricky to navigate multiple dating apps at once, but many use more than one because they feel it improves their chances of finding a match.

Hopping between different interfaces can cause problems. “I get used to the interface of one, and then I go to the other and I'm like, ‘Oops, I just swiped left on somebody that I meant to like’ or ‘I just super liked someone that I meant to just see their pictures’,” says Guiser. Then there’s the challenge of interacting with matches. That part of the process opens up a whole other set of disheartening experiences, as many are inclined to behave disrespectfully while online dating.

For example, a survey by dating platform Plenty of Fish from 2016 found that among 800 millennial daters, 80% had been ghosted during the dating process. With the screen mediating person-to-person interactions, it’s easier for people not to see those they’re communicating with as human – they almost become characters in the game of online dating, instead – making it easier to not treat them humanely.

Women in particular face the brunt of dating app harassment, with 44% of female users under 35 getting called an offensive name and 19% facing threats of physical harm on dating apps and sites, according to the Pew Research Center. As Dr Joanne Orlando, an Australia-based researcher and author focused on digital wellness, puts it, “I think people are more often toyed with online”, suggesting that not all of the people using dating apps are there to earnestly find a date. Even those who are can be cruel to other users, either intentionally or because it’s hard work to treat everyone with equal and adequate levels of humanity.

Repeated negative treatment online can contribute to people’s feeling of negativity and burnout towards these apps. Stay or take a break? But regardless of their fatigue, many, like Hong, remain on the apps. “You could compare [dating apps] a little bit to Amazon or Facebook,” says Padison, “in that they’re so accessible it has become now more the norm” to use dating apps than to meet people in other ways, even if users aren’t in love with the platforms.

The Covid-19 pandemic, she adds, also habituated people to online interactions, and made many feel the need to screen their dates before meeting them in real life. It also isn’t that easy to meet romantic partners in physical spaces, particularly for those who aren’t the type to sit around in bars.

Padison suggests finding group-based activities to engage in to meet people with shared interests, but that doesn’t always pan out. Hong, for instance, says he joined his community garden, but “I'm the youngest person there by decades… that is not the way I’m going to meet someone”. Instead, he’s figuring out ways to make the dating app experience more efficient. “I’m going red-flag hunting,” he says, by learning how to quickly pick up on aspects of a person’s profile that indicate she’s not right for him.

But that in itself can be exhausting. “This perpetual judging, you're looking for landmines, and that also is mentally taxing,” he says. Bumble’s relationship expert Caroline West suggests approaching dating apps with more intention. “The majority of people on Bumble say that they are now more upfront with partners about what they want,” she says. She recommends users limit themselves to connecting with two to three matches at a time, to focus on quality over quantity.

Bumble also has a feature allowing fatigued users to “snooze” their activity so they can take a break and alert matches that they’re doing so. For some people, a dating pause is exactly what they need. Padison says she’s spoken with some clients struggling with dating app burnout about deleting them altogether and taking time instead to work on themselves.

Guiser has since stopped using dating apps because she’s been seeing someone. They’re not in an exclusive relationship, so she could still keep searching for additional partners on the apps. But she’s welcomed the opportunity to take a break. After all, when she was using the apps, Guiser got caught up in a toxic mentality of “I'm never going to find someone if I don't use these really aggressively”.

That just wound up making her feel bad about herself and the experience. She’d had to learn coping strategies for how to prevent the dating experience from bringing her down, like by asking herself certain questions to make sure she was in a good place before swiping. “Am I having a good time with this? Or am I just doing this because I’m lonely and feel miserable?” she says. “I was trying to catch myself in a doom scroll of looking at people and just feeling discouraged.”

Unfortunately, that doomscroll happened far too often, more so than Guiser’s positive experiences on the apps. That’s when she learned to put her phone down.