FRANCE BY THE SEAT OF YOUR PANTS 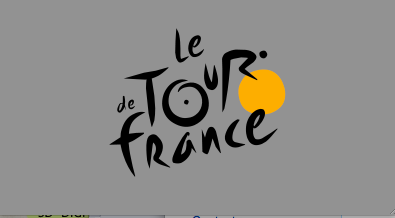 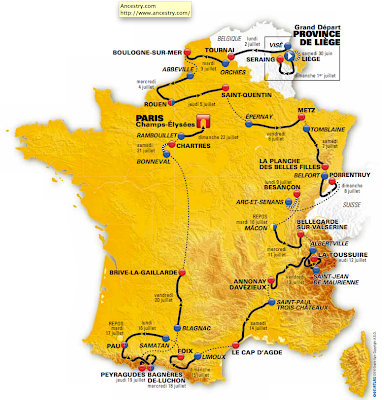 TOUR DE TUBE TOURISTE—Yes, all fans of road cycling will be glued to San Diego’s NBC-TV Channel 65 for the 2012 Tour de France. This year’s Super Bowl of competitive cycling begins June 30 in Liege, Belgium and winds itself through France--briefly through Switzerland—and ends in Paris, July 22.

The world’s sporting cameras focus on all aspects of the race, but many of us will view the Tour de France as tourists. For the first time, the Grand Tour will include towns like Abbeville, Annonay Davézieux, Bellegarde-sur-Valserine, La Planche des Belles Filles, Peyragudes, Porrentruy, Samatan, Tomblaine and Visé.

The race’s 3,497 kilometres (about 2, 173 miles) offers views of villages and roads that are seldom seen on world television.

So, get up early (5 am or so Pacific time), put on the espresso and set the table with croissants, the Tour de Tourist is about to start. Use the Tour de France’s map here to plot your daily viewing and googling.