FUN BISTRO COULD BE HABIT FORMING 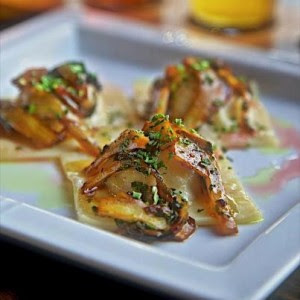 The beer promises to be on par with the food. Hess Brewing has created a Rye IPA, aptly named Loci Habitus, and custom glassware created for the event will be given each day to the first 40 patrons.

Craft beer brewer Mike Hess describes the beer: “I haven’t done a Rye IPA in a while, not since I opened Hess a few years ago. Back then as a homebrewer, I discovered that I liked the zip that rye malt adds, so I started there. For hops, I love Chinook (I used them in Anno Unum) and I also sought something that wasn’t your typical C (centennial, cascade, columbus, citrus-y) hop. I also wanted something that would work with the creole-type seasoning. My search led me to Sterling, a complex hop that is balanced and has a Saaz-type pepper character that I think would be a natural with Creole. Combined with Chinook and using both all the way through – bittering, flavor, in the whirlpool and dry-hopping – should get us a nice 7.5% IPA, 88 IBUs.”

In addition to Hess’s Loci, the remaining 11 Local Habit taps will include Lost Abbey’s Deliverance and Angel’s Share.

Based on a previous blog in www.westcoastersd.com; used by permission.