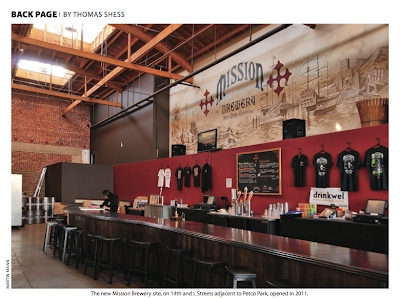 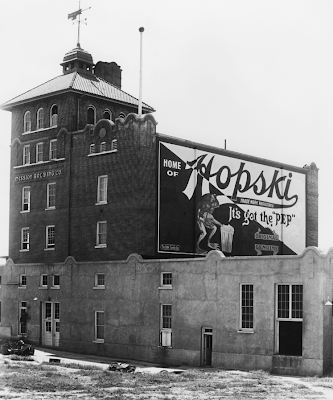 MISSION ACCOMPLISHED--San Diego’s reputation as craft beer mecca received a boost this spring as the planet’s leading beer makers arrived in town to participate in the bi-annual World Cup April 30 to May 5 at the Town & Country Resort. Considered the biggest competition in the world, the bi-annual event is attracted close to 700 breweries and 3,500 beers.

“It’s fitting that the world cup was held in San Diego, considering our county is recognized as the hottest growing micro brew in the world,” says Ryan Lamb, executive editor of West Coaster, a craft beer magazine, published in San Diego.

Historically, San Diego was home to several thriving breweries until Congress passed the 18th Amendment (aka Prohibition) closed them in 1919. Built in 1913, Mission Brewing brick building (pictured in 1915) became a quarantine hospital for victims of the world flu pandemic during Prohibition. Ninety-seven years ago, Mission Brewery was known for Old Mission Lager and Hopski, a soft-drink made from malt and hops, the jolt drink of its day.

Fast forward to 2007, when Dan Selis resurrected the Mission Brewing name and last year he moved into a new facility in what was once the Wonder Bread bakery. Today, the popular brewery’s signature brews are a local Hefeweitzen, Amber Ale and a San Diego County IPA. Mission’s beers have won their share of national beer competitions, which only add to the growing prestige of San Diego County as the hottest craft beer making zone in the world.