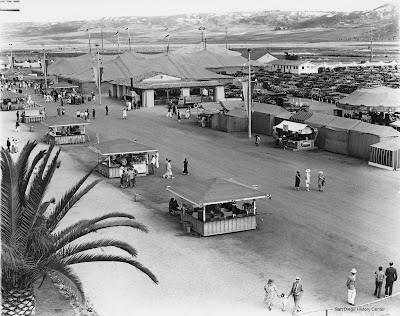 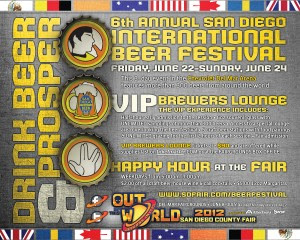 There is also one session on Sunday from 1-5PM. The general admission ticket is $48 with Fair entrance included. Inspired by the Great American Beer Festival and organized by Tom Nickel (of O’Brien’s, Julian Brewing Co., and West Coast BBQ & Brew), the festival will serve unlimited 1oz tasters of more than 300 beers from nearly 140 breweries from around the world.

At the VIP Brewers Lounge, beer drinkers can taste unlimited, larger 6-oz pours not only from the 300+ beers being tapped, but also from extra brews located only in the Lounge area. VIP ticket-holders also enjoy half-hour early admission to the Festival, food stations with unlimited grazing for the first two hours of the session, and a special souvenir tasting glass. VIP admission is $90 with Fair admission, and has sessions on Friday 6/22 from 4:30-9 pm and Saturday 6/23 from 10:30 am-3 pm.

Click for tickets! (Enter passcode BARLEY on Ticketmaster and save $10!) http://www.ticketmaster.com/Beer-Festival-tickets/artist/841333

This post sponsored by the San Diego International Beer Festival and WestCoastersd.com