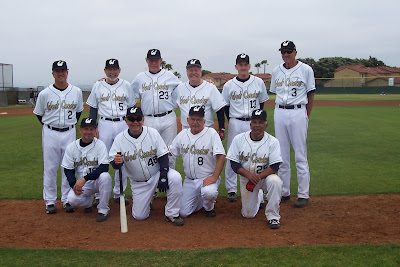 Beautiful stadium and plenty of free seating and parking. And, be surprised at the excellent level of baseball being played by these players ranging in age from 55 to 70 years. 3 games are held every Sunday at the Coronado field between 9 am and 6 pm (except holidays) through September.

The league is always looking for players and sponsors.

The Coronado team is led by baseball coaches from Coronado High and the West Coasters are sponsored by a local craft beer publication www.westcoastersd.com.

"If a couple of breweries or beer pubs pick up team sponsorships, we could have a real beer league,” said Tom Shess, 55+ Sunday Division president/619 291-9807.