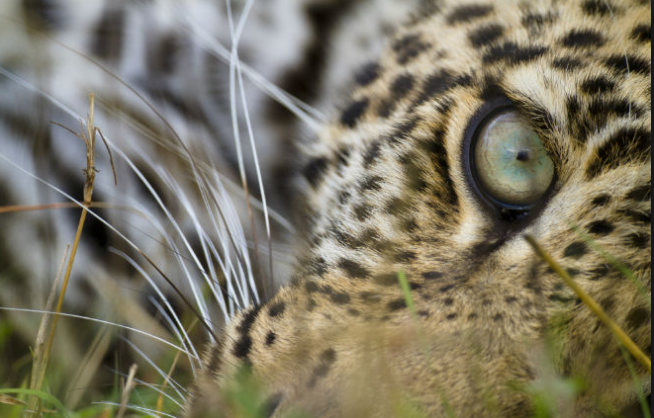 SHORT STORIES FROM THE PUBLIC DOMAIN
Text Courtesy of www.world-english.org

HOW THE LEOPARD GOT ITS SPOTS
Editor’s Note: This is a very clever essay on the art of reinvention disguised as a
children’s fable

In the days when everybody started fair, Best Beloved, the Leopard
lived in a place called the High Veldt. 'Member it wasn't the Low Veldt,
or the Bush Veldt, or the Sour Veldt, but the 'sclusively bare, hot
shiny High Veldt, where there was sand and sandy-coloured rock and
'sclusively tufts of sandy-yellowish grass.

The Giraffe and the Zebra and the Eland and the Koodoo and the
Hartebeest lived there: and they were 'sclusively sandy-yellow-brownish
all over; but the Leopard, he was the 'sclusivest sandiest-yellowest-
brownest of them all -- a greyish-yellowish catty-shaped kind of beast,
and he matched the 'sclusively yellowish-greyish-brownish colour of
the High Veldt to one hair. 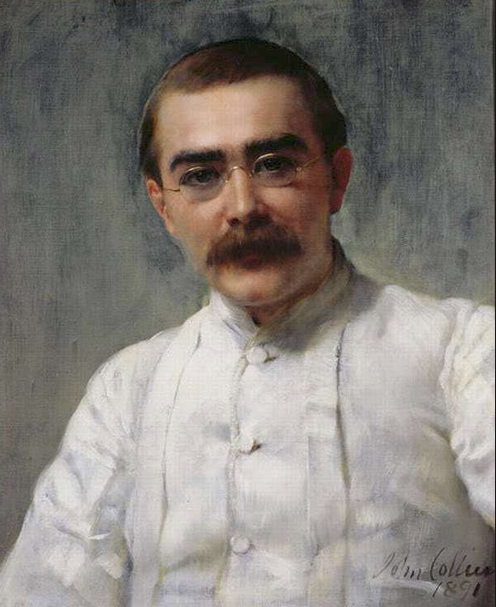 AUTHOR: Nobel Prize winner in literature Joseph
Rudyard Kipling (1865-1936) was an English short-story
writer, poet, and novelist. He is chiefly remembered for
his tales and poems of British soldiers in India and his
“Jungle Book” tales for children.
_____________

This was very bad for the Giraffe and the Zebra and
the rest of them:for he would lie down by a
'sclusively yellowish-greyish-brownish stone
or clump of grass, and when the Giraffe or the
Zebra or the Eland or the Koodoo or the Bush-Buck or the
Bonte-Buck came by he would surprise them out of their jumpsome
lives. He would indeed!

And, also, there was an Ethiopian with bows and arrows (a 'sclusively
greyish-brownish-yellowish man he was then), who lived on the High
Veldt with the Leopard: and the two used to hunt together -- the
Ethiopian with his bows and arrows, and the Leopard 'sclusively with
his teeth and claws -- till the Giraffe and the Eland and the Koodoo and
the Quagga and all the rest of them didn't know which way to jump,
Best Beloved. They didn't indeed!

After a long time -- things lived for ever so long in those days -- they
learned to avoid anything that looked like a Leopard or an Ethiopian:
and bit by bit -- the Giraffe began it, because his legs were the longest
-- they went away from the High Veldt. They scuttled for days and days
till they came to a great forest, 'sclusively full of trees and bushes and
stripy, speckly, patchy-blatchy shadows, and there they hid: and after
another long time, what with standing half in the shade and half out of
it, and what with the slippery-slidy shadows of the trees falling on them,
the Giraffe grew blotchy, and the Zebra grew stripy, and the Eland and
the Koodoo grew darker, with little wavy grey lines on their backs like
bark on a tree-trunk: and so, though you could hear them and smell
them, you could very seldom see them, and then only when you knew
precisely where to look.

They had a beautiful time in the 'sclusively
speckly-spickly shadows of the forest, while the Leopard and the
Ethiopian ran about over the 'sclusively greyish-yellowish-reddish
High Veldt outside, wondering where all their breakfasts and their
dinners and their teas had gone. At last they were so hungry that they
ate rats and beetles and rock-rabbits, the Leopard and the Ethiopian,
and then they had the Big Tummy-ache, both together: and then they
met Baviaan -- the dog-headed, barking baboon, who is Quite the
Wisest Animal in All South Africa.

Said the Leopard to Baviaan (and it was a very hot day), 'Where has all
the game gone?'

And Baviaan winked. He knew.

Said Ethiopian to Baviaan, 'Can you tell me the present habitat of the
aboriginal Fauna?' (That meant just the same thing, but the Ethiopian
always used long words. He was a grown-up.)

And Baviaan winked. He knew.

And the Ethiopian said, 'That is all very fine, but I wish to know where
the aboriginal Fauna has migrated.'

Then said Baviaan, 'The aboriginal Fauna has joined the aboriginal
Flora because it was high time for a change; and my advice to you,
Ethiopian, is to change as soon as you can.'

That puzzled the Leopard and the Ethiopian, but they set off to look
for the aboriginal Flora, and presently, after ever so many days, they
saw a great, high, tall forest full of tree-trunks all 'sclusively
speckled and sprottled and spottled, dotted and splashed and slashed
and hatched and cross-hatched with shadows. (Say that quickly aloud,
and you will see how very shadowy the forest must have been.)

'What is this,' said the Leopard, 'that is so 'sclusively dark, and
yet so full of little pieces of light?'

'I don't know,' said the Ethiopian, 'but it ought to be the aboriginal
Flora. I can smell Giraffe, and I can hear Giraffe, but I can't see
Giraffe.'

'That's curious,' said the Leopard. 'I suppose it is because we have
just come in out of the sunshine. I can smell Zebra, and I can hear
Zebra, but I can't see Zebra.'

'Wait a bit,' said the Ethiopian. 'It's a long time since we've hunted
'em. Perhaps we've forgotten what they were like.'

'Umm,' said the Ethiopian, looking into the speckly-spickly
shadows of the aboriginal Flora-forest. 'Then they ought to show
up in this dark place like ripe bananas in a smoke-house.'

But they didn't. The Leopard and the Ethiopian hunted all day;
and though they could smell them and hear them, they never saw
one of them.

'For goodness' sake,' said the Leopard at tea-time, 'let us wait till it
gets dark. This daylight hunting is a perfect scandal.'

So they waited till dark, and then the Leopard heard something
breathing sniffily in the starlight that fell all stripy through the
branches, and he jumped at the noise, and it smelt like Zebra,
and it felt like Zebra, and when he knocked it down it kicked like
Zebra, but he couldn't see it. So he said, 'Be quiet, O you person
without any form. I am going to sit on your head till morning,
because there is something about you that I don't understand.'

Presently he heard a grunt and a crash and a scramble, and the
Ethiopian called out, 'I've caught a thing that I can't see. It smells
like Giraffe, and it kicks like Giraffe, but it hasn't any form.'

So they sat down on them hard till bright morning-time, and then
Leopard said, 'What have you at your end of the table, Brother?'

The Ethiopian scratched his head and said, 'It ought to be
'sclusively a rich fulvous orange-tawny from head to heel, and it
ought to be Giraffe; but it is covered all over with chestnut
blotches. What have you at your end of the table, Brother?'

And the Leopard scratched his head and said, 'It ought to be
'sclusively a delicate greyish-fawn, and it ought to be Zebra;
but it is covered all over with black and purple stripes. What in
the world have you been doing to yourself, Zebra? Don't you
know that if you were on the High Veldt I could see you ten
miles off? You haven't any form.'

'I can now,' said the Leopard, 'But I couldn't all yesterday.
How is it done?'

Leopard stared, and Ethiopian stared, but all they could see
were stripy shadows and blotched shadows in the forest, but
never a sign of Zebra and Giraffe. They had just walked off and
hidden themselves in the shadowy forest.

'Hi! Hi!' said the Ethiopian. 'That's a trick worth learning. Take
a lesson by it, Leopard. You show up in this dark place like a bar
of soap in a coal-scuttle.'

'Ho! Ho!' said the Leopard. 'Would it surprise you very much to
know that you show up in this dark place like a mustard-plaster
on a sack of coals?'

'Well, calling names won't catch dinner,' said the Ethiopian. 'The
long and the little of it is that we don't match our backgrounds.
I'm going to take Baviaan's advice. He told me I ought to change:
and as I've nothing to change except my skin I'm going to
change that.'

'What to?' said the Leopard, tremendously excited.

'To a nice working blackish-brownish colour, with a little purple
in it, and touches of slaty-blue. It will be the very thing for hiding
in hollows and behind trees.'

So he changed his skin then and there, and the Leopard was more
excited than ever: he had never seen a man change his skin before.

'But what about me?' she said, when the Ethiopian had worked his
last little finger into his fine new black skin.

'You take Baviaan's advice too. He told you to go into spots.'

'So I did,' said the Leopard. 'I went into other spots as fast as
I could. I went into this spot with you, and a lot of good it has
done me.'

'What's the use of that?' said the Leopard.

'Think of Giraffe,' said the Ethiopian. 'Or if you prefer stripes,
think of Zebra. They find their spots and stripes give them perfect
satisfaction.'

'Well, make up your mind,' said the Ethiopian, 'because I'd hate to
go hunting without you, but I must if you insist on looking like a
sunflower against a tarred fence.'

'I'll take spots, then,' said the Leopard; 'but don't make 'em too
vulgar-big. I wouldn't look like Giraffe -- not for ever so.'

'I'll make 'em with the tips of my fingers,' said the Ethiopian.
'There's plenty of black left on my skin still. Stand over!'

Then the Ethiopian put his five fingers close together (there was
plenty of black left on his new skin still) and pressed them all over
the Leopard, and wherever the five fingers touched they left five
little black marks, all close together. You can see them on any
Leopard's skin you like, Best Beloved. Sometimes the fingers slipped
and the marks got a little blurred; but if you look closely at any
Leopard now you will see that there are always five spots -- off five
black finger-tips.

'Oh, plain black's best,' said the Ethiopian. 'Now come along and
we'll see if we can't get even with Mr One-Two-Three-Where's-
your-Breakfast!'

So they went away and lived happily ever afterwards, Best Beloved.
That is all.

Oh, now and then you will hear grown-ups say, 'Can the Ethiopian
change his skin or the Leopard his spots?' I don't think even grown-ups
would keep on saying such a silly thing if the Leopard and the
Ethiopian hadn't done it once -- do you? But they will never do it
again, Best Beloved. They are quite contented as they are.