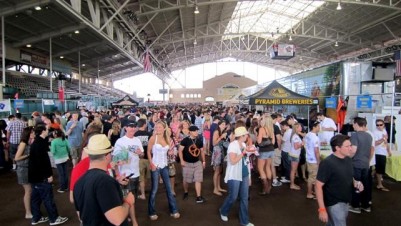 Now into its tenth year, the San Diego International Beer Festival is set for June 17-19 inside the Del Mar Fairgrounds (I-5 at Via de la Valle exit).  As one of the leading beer fests in the U.S., the SDIBF more than 10,000 beer lovers, who will joined in on one of our five tasting sessions, sipping their way through their choice of hundreds of varieties of ale, cider, porter, stout, and mead.

Attention brewers: The SDIBF buys your beer to serve at the competition.


Each year, the SDIBF represents an international collection of hundreds of beers from more than 14 countries, in the format of a public tasting event and private competition. SDIBF brings together the brewers and beers to recognize the best in the industry and highlight new and upcoming breweries in one of the most unique venues in the world. 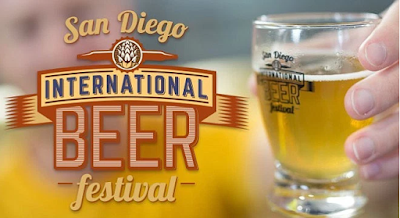 Where else can you taste award winning beers, ride the Ferris wheel, chomp on a turkey leg, explore award-winning exhibits and attend a concert all in the same day? This event showcases the diverse beers that make craft brewing on elf the fastest-growing segments of the beer, wine and spirits industry. SDIBF was founded in 2007 and has been growing and evolving ever since, welcoming thousands of beer lovers annually!

This grand-daddy of all beer festivals is enhanced by a fierce competition between the world’s finest breweries. The 2015 Competition featured 1,374 entries from 254 different breweries from 28 U.S. states and 14 countries across the globe vying for the coveted Best of Show trophy and Champion Brewery awards.

The judging for the Brewers Competition is serious business. Beer judging is a closed, blind event with beers being judged against other beers of similar style as defined by the Brewers Association style guidelines for beers and by Beer Judge Certification Program (BJCP) guidelines for meads and ciders. 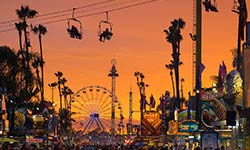 Your ticket to the SDIBF also includes admission to the world-renowned San Diego County Fair, the largest County Fair in the nation! Festival attendees are encouraged to enjoy the rides, exhibits, games, animals and entertainment of the Fair before, during and after the Festival.