Why is San Diego such a hotbed of quality brewing?

It’s a popular question with many answers. Most brewing professionals agree that a major key to the permeation of the suds subculture into the board-short fabric of San Diego is the prominence of homebrewing throughout the county.

Many of San Diego’s commercial brewers and brewery owners spent years honing their craft on a recreational level before going into business. As hobbyists, homebrewers collaborate, learning from each other as well as the numerous pro-brewers who revel in maintaining their connection to the amateur-fermentation ranks.

For many in San Diego, homebrewing is as big a deal as what goes on at Stone, Ballast Point or Green Flash. And once a year, the county’s homebrewers pit their best beers against those of homebrew clubs throughout the world at the American Homebrewers Association’s National Homebrew Competition (NHC), winners of which were announced earlier this month from Homebrew Con in Baltimore, Maryland. 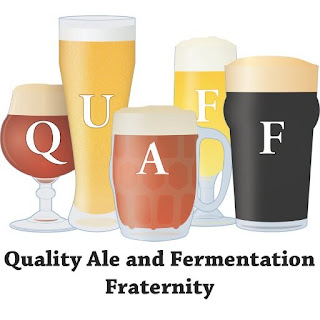 San Diego’s largest homebrew-club, QUAFF (Quality Ale and Fermentation Fraternity), was named the NHC Homebrew Club of the Year—the most prestigious honor of the entire competition. The 2016 NHC featured 7,692 entries from 3,396 homebrewers hailing from every U.S. state as well as 13 other countries. Numbers like that equate to big-time bragging rights for the hundreds of members of Carlsbad-based QUAFF. But the QUAFF member who gets to do the most bragging is San Marcos’ own Nick Corona, who earned Homebrewer of the Year honors after beating out 175 other entrants in the German Wheat and Rye Beer category with his homespun weissbier.

Other local winners include West Coaster magazine staffer Ryan Reschan, who took first-place in the heavily contested Pilsner category (215 total entries). The runner-up to Reschan was also a local, Jeremy Castellano, who entered without affiliation to any particular homebrew club.

Other successful QUAFFers included Curt Wittenburg (first-place in the Other American Ale category), Mike Habrat (second-place in Traditional Mead) and Tim Wang (third-place in Light Hybrid Beer). This isn’t the first time QUAFF has experienced success at the NHC. Quite the contrary. From 2001 to 2006, the organization won Homebrew Club of the Year a record six consecutive times. In 2011, Paul Sangster—co-owner of San Marcos’ Rip Current Brewing Company earned the Ninkasi Award for most wins at that year’s competition. These are just some of the major accomplishments this standout organization has amassed at the country’s premier homebrewing competition.