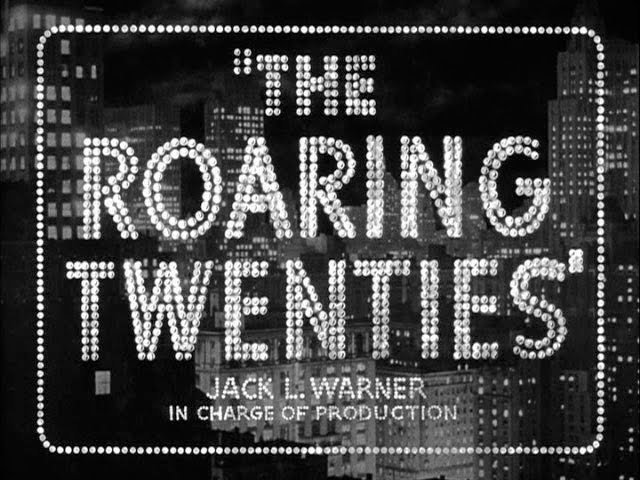 With the pandemic still keeping us indoors (going on seven months now) we’re quickly demolishing the inventories of the Netflix industry.  Binge or not to binge.

Pamela Hutchins, who writes for the British Film Institute put together a list of great films that mimic the Roaring 1920s.

Adds Hutchins, “Depending how you cut it, the roaring ’20s’ can be a long decade too. These uncertain times began in the aftermath of the first world war, and didn’t end until the Wall Street Crash in October 1929. Arguably, the Jazz Age wasn’t truly dead and buried until Prohibition was repealed in the US in 1933. And for Hollywood cinephiles, we may say the decade of decadence lasted until the Hays censorship code began to bite in 1934.

“Our list tilts backward a little, as we have tried to include as many films of the 1920s as about them, for a double-shot of Jazz Age style. And should you want a roaring 20s film festival in your own home.”

Here’s BFI’s in the style of the Jazz Age compendium: 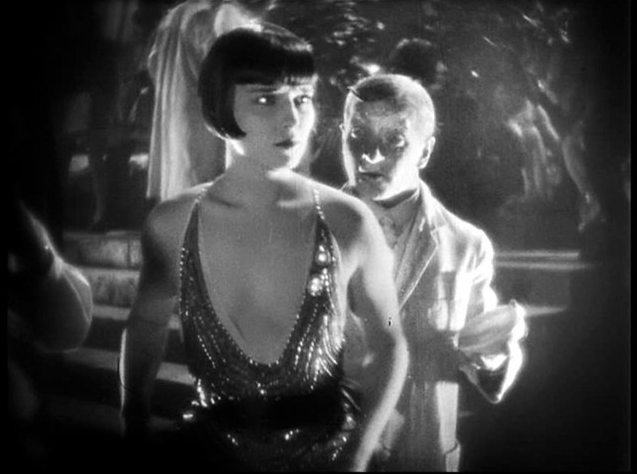 At the outset of the film, Lulu is a dancer and a kept woman, an amoral, lustful imp breaking hearts in sleazy Weimar Berlin – by the end she’s a starving streetwalker in foggy London.

G.W. Pabst’s adaptation of the beloved Frank Wedekind stage dramas shocked audiences, and energised censors, on its release, but according to Brooksie, if you didn’t recognise the underbelly of Girlkultur depicted in Pandora’s Box you didn’t know the roaring 20s at all.

When she was a dancer on Broadway, Brooks recalled, her best friend was lesbian (like Alice Roberts’s countess in the film – a rare representation at a time when on-screen homosexuality was taboo), and shows were backed by rich men with eyes on the chorus line (just like the character of Schön). And in Berlin, “sex was the business of the town”, she remembered.

The café bar was lined with the higher-priced trollops. The economy girls walked the street outside. On the corner stood the girls in boots, advertising flagellation. Actors’ agents pimped for the ladies in luxury apartments in the Bavarian Quarter.

For Louise Brooks, Pandora’s Box was far from sensationalist, but a “truthful picture of this world of pleasure, which let me play Lulu naturally”. 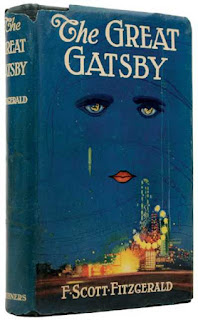 The Great Gatsby, as a book, was published in the midst of the roaring 20s and is at once defined by that decade, and by a crushing sense of nostalgia. Not only are star-crossed adulterers Jay and Daisy driven back into their own histories, but the novel itself is deliberately set a few years earlier than its publication, in 1922, appraising its own era up-close.

The release of Baz Luhrmann’s 2013 adaptation of the novel, 3D trickery, hip-hop soundtrack and all, accentuates the distance between our time and that of F. Scott Fitzgerald. But the motion picture business can’t forget that it blossomed in the 1920s and many wonderful films have been set in that tumultuous decade, with its cinematic gifts of flappers, gangsters and high-rolling extravagance. 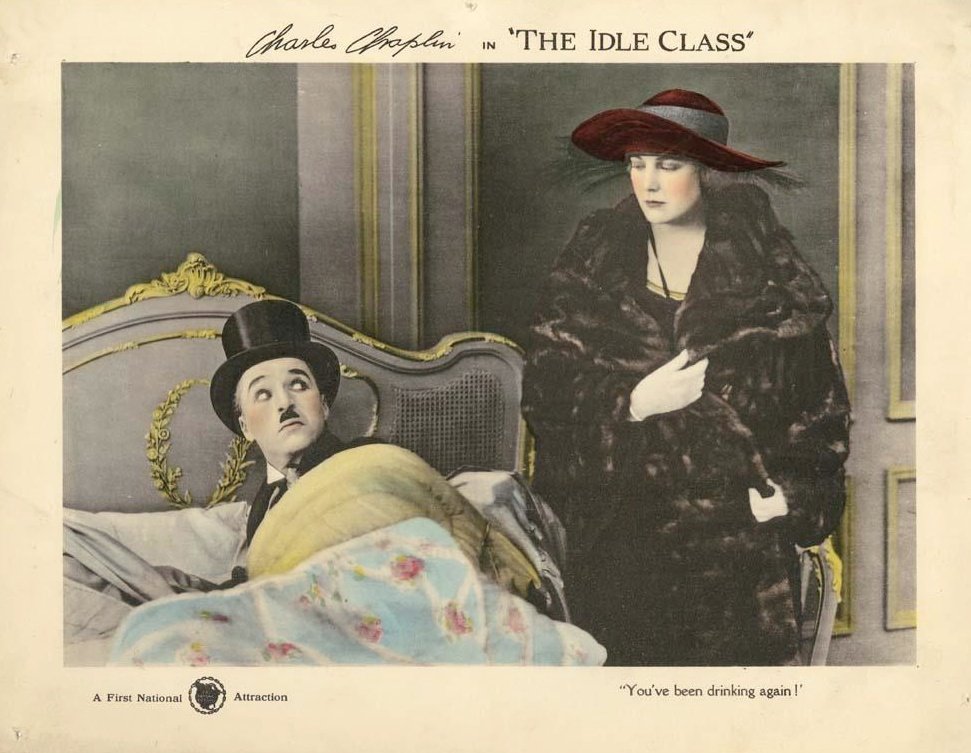 Two reels of fun in which we see the rich at play, flashing their underpants. While holidaying at a plush resort, Edna Purviance’s society lady mistakes the Little Tramp for her cocktail-swigging husband, and who can blame her, when Charlie Chaplin plays both roles.

The Idle Class plays the mistaken identity plot as farce – a decade later Chaplin would wring heartbreak from the same confusion in City Lights (1931). The dart of Chaplin’s satire, that it’s the upper classes with their spiralling leisure time who indulge in illegal boozing and parasitic laziness, not the lower, sinks in swiftly, leaving the audience to enjoy the slapstick set pieces instead.

The tipsy millionaire appears sans trousers in the hotel foyer and fate conspires, ever more elaborately, to hide his blushes; the Tramp causes merry havoc on the golf course; and there’s a fight at a fancy-dress ball involving a malfunctioning suit of armour.

As both layabout and gadabout, Chaplin’s off-kilter aristocratic air is a deadpan delight. And if you’re a fan of roaring 20s fashion, Purviance’s wardrobe is a thing of splendour – a pair of art deco-embellished stockings among its highlights.

This silent masterpiece about rival bankers circles in on two dangerous obsessions of the années folles – aviation and high finance – as an avaricious tycoon attempts to boost his stock by speculating on a transatlantic flight. Having been thwarted by studio bean-counters on previous projects, the director channelled his disdain for money into this acidic modernisation of the Emile Zola novel.

L’Argent is famed for its technical innovations and jaw-dropping art deco extravagance – gaze at opulent, oversized sets, captured in deep-focus photography, with Brigitte Helm lithe figure at the centre.

The location scenes filmed at the Paris stock exchange during a bank holiday marshalled 1,500 extras, shot by 18 cameramen, and feature a spectacularly nauseous ‘plunge’ shot from the ceiling. Released in 1928, just before the Wall Street Crash, L’Argent remains vicious, beautiful and uncannily prescient.

In truth, NYC’s last horse-drawn tram trundled down Bleecker Street in 1917, but in Harold Lloyd’s late-20s comedy Speedy, the service is still rolling on in “an old-fashioned corner of the city – a section that had never acquired the pace of the rest of New York”. As luck would have it, it falls to our hero, Pop (played by Lloyd), to keep it running one more time, and defeat the grasping railroad developers.

Shot on location in Manhattan (and also in a well-disguised LA), Speedy offers a breakneck tour of 1920s New York at its gaudy best: keen as mustard, Lloyd takes his girl on a spree to Coney Island, serves sundaes to smirking misses in a drugstore and even gives Babe Ruth a lift to the freshly built Yankee stadium.

Here, the city is a playground, and a land of opportunity for rich and poor. While we’re rooting for Pop and his tram vs the money-men, Lloyd’s ultimate aim is not to preserve the rickety old bus but to get a better payout for his girlfriend’s grandfather so he can retire and they can set up home together. Just as in Safety Last! (1923), the bespectacled boy-next-door takes on the bewildering big city and triumphs. 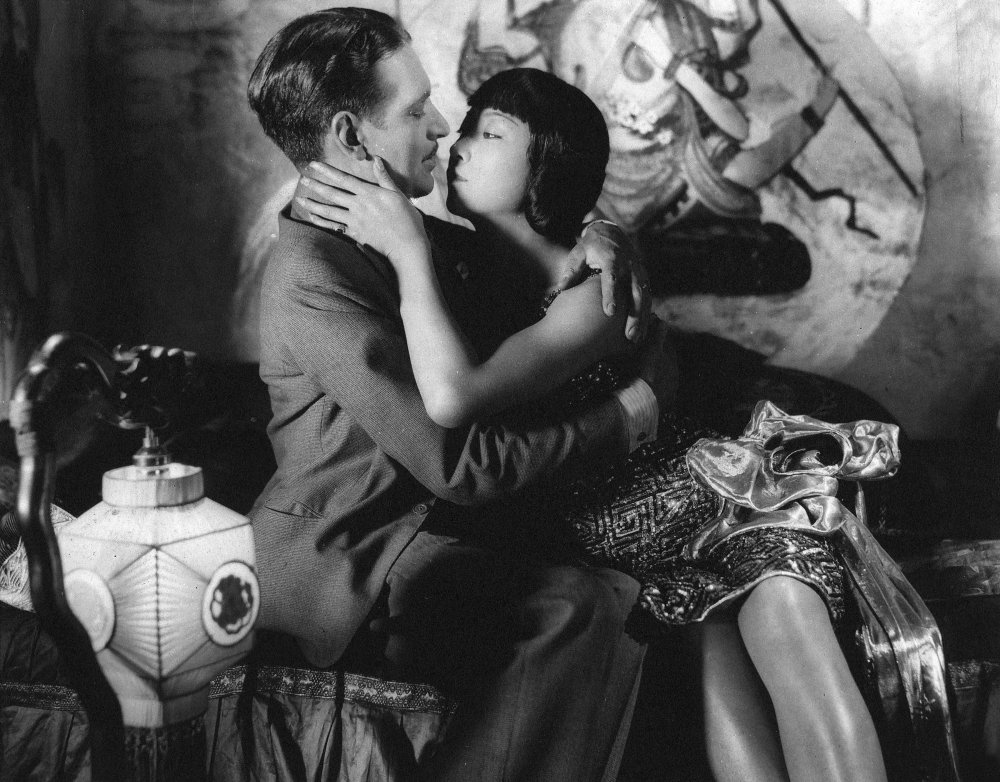 London also roared in the 1920s, and E.A. Dupont’s stylish drama Piccadilly, snappily scripted by Arnold Bennett, presents the capital as a seductive but divided city. In the West End, expensively dressed ladies and gents nibble lobster suppers and set the dancefloors alight – in the east, working-class immigrants jostle in seedy pubs.

When nightclub pot-washer Shosho (American star Anna May Wong) catches the eye of her boss, she gains a new job as a slinky dancer and a new lover too. But by stepping out in the wrong part of town with the wrong kind of man, Shosho exposes the city’s tensions and pays a price.

There’s a violent climax down in low-rent Limehouse, but back in Piccadilly the party continues for the cosseted jazz babies. Take a moment to admire the sets designed by future Powell & Pressburger collaborator Alfred Junge, and don’t miss the piggy cameo by Charles Laughton. 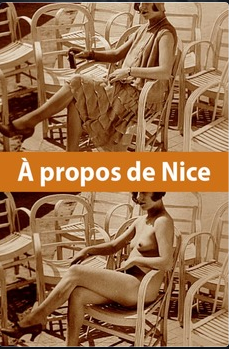 If you were rich, American and bohemian in the Jazz Age, you doubtless gravitated to Paris. And when these high-living Prohibition exiles needed a break from the city, they travelled south to party on the French Riviera. To soak up the scene in all its elegantly wasted glory, read Fitzgerald’s mournful novel Tender Is the Night, or watch Jean Vigo’s À propos de Nice.

Vigo swoops into the French resort on a mission. His impressionistic, 360-degree documentary takes in both the public face of the city, where the wealthy frolic in the sun, and the hidden quarters where the workers cater to their fancy tastes and sweep up after them.

Stuffy types rustle copies of the Daily Telegraph; sunbathers toast on the beach; carnival dancers kick their legs in the air; fur-wrapped ladies totter along the seafront.

Cinematographer Boris Kaufman employed a hidden camera and considered the project a “social documentary”, but the film captures some heady Vigo magic too: a shoeshine boy rubs away a patron’s shoe to reveal the foot beneath.

Filmed out of season in early 1930, À propos de Nice encapsulates the tail end of a degenerate era; and Vigo wants you to be disgusted by what you see: “the last gasps of a society so lost in its escapism that it sickens you and makes you sympathetic to a revolutionary solution”. 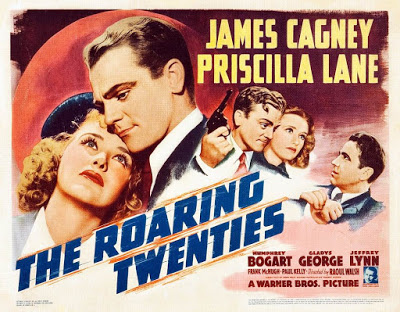 Prohibition was to organised crime what paraffin is to a naked flame. Raoul Walsh’s gritty gangster epic is a condemnation of a dirty decade of unemployment, corruption and violence, staring Jimmy Cagney as the good citizen turned bootlegger and Humphrey Bogart his tough-guy nemesis. They meet first in a shellhole as soldier comrades and again as fellow crims on a booze raid in the Hudson.

Not just a crime film, this is a social problem movie in the vein of I Am a Fugitive from a Chain Gang (1932), based on the work of New York reporter Mark Hellinger.

Explicitly, the film blames the ills of the 1920s on the fallout of the first world war, and, released in the autumn of 1939, sends a stark warning: “It may come to pass that, at some distant date, we will be confronted with another period similar to the one depicted in this photoplay. If that happens, I pray that the events, as dramatized here, will be remembered.” If that doesn’t chill the blood, the pitiless death of Cagney’s anti-hero in the snow, on the church steps, will. Remember him chatting up Priscilla Lane instead, full of the vigour and bombast of the age: “You want the Brooklyn Bridge, all you gotta do is ask for it. If I can’t buy it, I’ll steal it.” 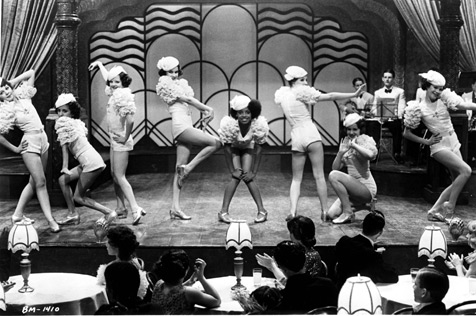 In the mid-1930s, the Motion Picture Production Code really took the edge off Hollywood cinema, particularly Hollywood’s attempts to represent the sex and violence of the roaring 20s. The heavies and chorus girls in the first gangster films and backstage musicals were supposed to be up to no good, but they had to behave so primly, they may as well have been kids.

That’s why Alan Parker’s tweenage mobster musical Bugsy Malone feels so right, when it could have been so wrong. And perhaps it’s partly why we look back on the 1920s with such fondness, imagining them, entirely falsely, as a more innocent time. Here, Jodie Foster plays jaded nightclub singer Tallulah and she brings just the same jaded, brittle quality to the role as she did to her teenage prostitute in Martin Scorsese’s unrelenting Taxi Driver (1976), which was released the same year. She was just 13.

Famously, Parker cast the villain of the piece, Fat Sam, by stepping into a New York classroom and asking for “the naughtiest boy in class”. And at the risk of shattering childhood illusions, the prop guns actually shot ping-pong balls, not custard. The rest is movie magic.