Beirut born architect Lina Ghotmeh lives in Paris but recently had an opportunity to design and complete a high rise residential tower in her troubled home town. Called the Stone Garden, the mixed-use building had only recently been completed when on August 4, 2020 a large amount of ammonium nitrate unsafely stored in the Port exploded causing 300 deaths and upwards of $15 billion in damages. 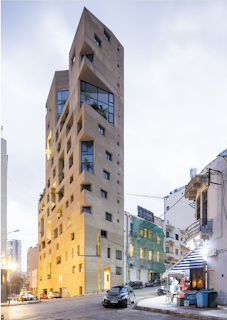 The new Ghotmeh designed structure withstood the blast from the epicenter a mile away. The explosion is considered one of the most powerful non-nuclear explosions in history. Devastating as the blast was to lives and property, Lina Ghotmeh’s 13-story structure stood unscathed except for the totality of its glass windows being blown out.

Its façade of ribbed, layered concrete and earth withstood the assault. Ghotmeh grew up in Beirut where she became familiar with Rawche Rocks, a pair of limestone outcroppings just off the west facing cliffs of the Lebanese capital city. If you view the striated rocks with images of Ghotmeh’s Stone Garden side by side it is easy to view where she drew her design inspiration for her remarkable 165-foot masterpiece. 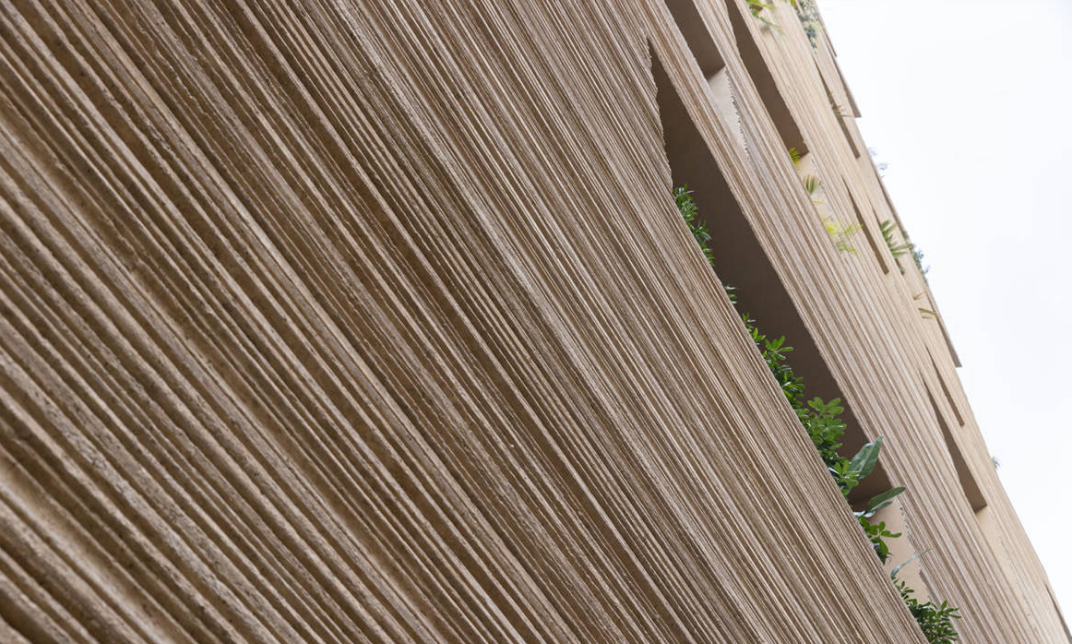 Peace in Lebanon is an iffy proposition. Over the millennia, Beirut has been a cross roads city to violence. Recent civil wars and political unrest have not been kind to this once proud Paris of the Middle East. So it makes sense that a reasonable architect, a woman who laments yet understands the history of her land does not over build with glass in Beirut.
Sadly, it was not an act of war that leveled much of Beirut last August—it was an accident—a terrible spark of deadly fate. The fact that her building withstood the severe detonation made her comment told to a media interviewer in 2019 so fortuitous: “Wouldn’t it be absurd to build a glass skyscraper in Beirut?” --By Thomas Shess, Architecture Writer, San Diego, California. 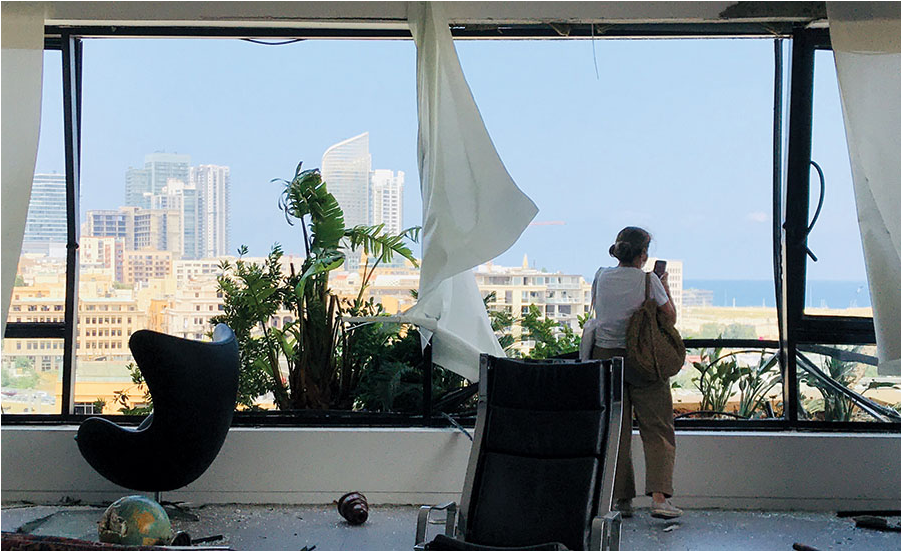 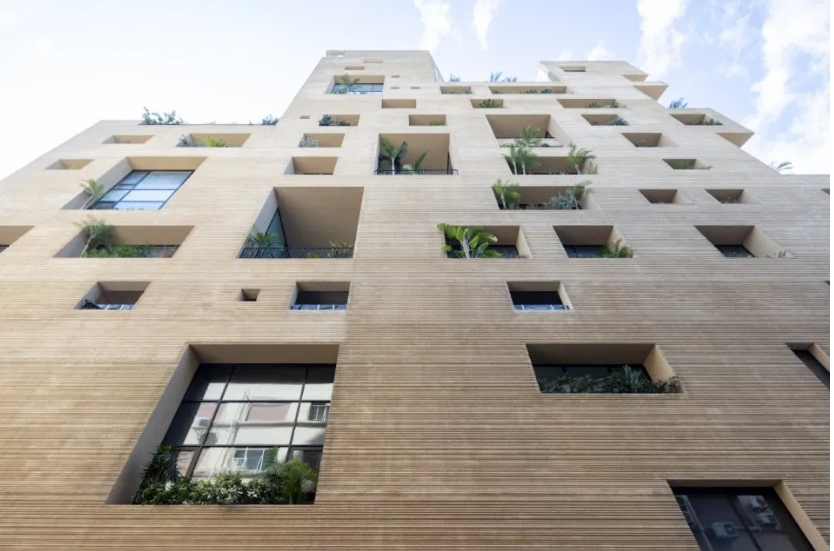