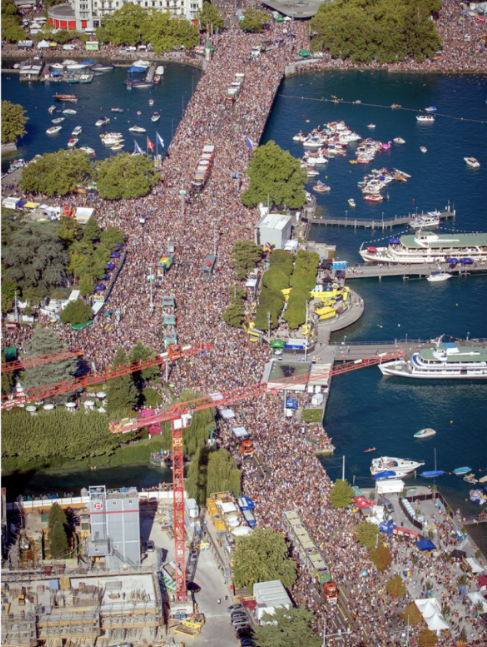 Someone in Bubbland posted the cropped photo, above, on social media depicting a rally crowd for Donald Trump recently in Sanford, Florida. The misinformed individual probably reposted it from another clueless Trump supporter not knowing that the image was taken in 2018. The image shows a street parade in Zurich, a music festival in Switzerland.

The fake post wasn’t even original. Reuters Fact Check noted the same conjob was done in Germany only this time the massive crowd image was lifted by Anti-Vac and Anti-Mask IQ-Zeros. One German media pointed out one of the buildings in an uncropped version was flying a Swiss flag from its roof.

It is embarrassing to note how desperate those on the losing end of history will go to lie and all the time know they are lying. In more normal times that would have been called a sickness. Speaking of ambulances here’s a beauty from the prolific and talented Dave Granlund, a USA TODAY political cartoonist, see below. 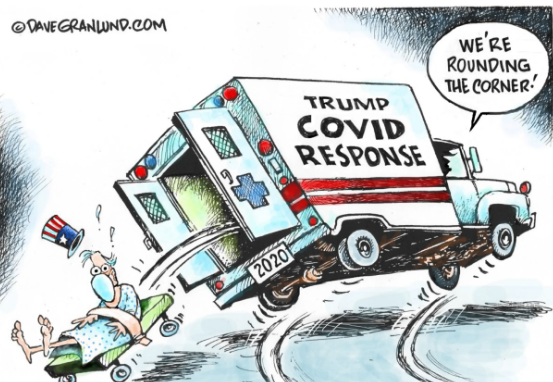