AMERICANA / PARENTS, LEAVE THE HELICOPTER AT THE AIRPORT 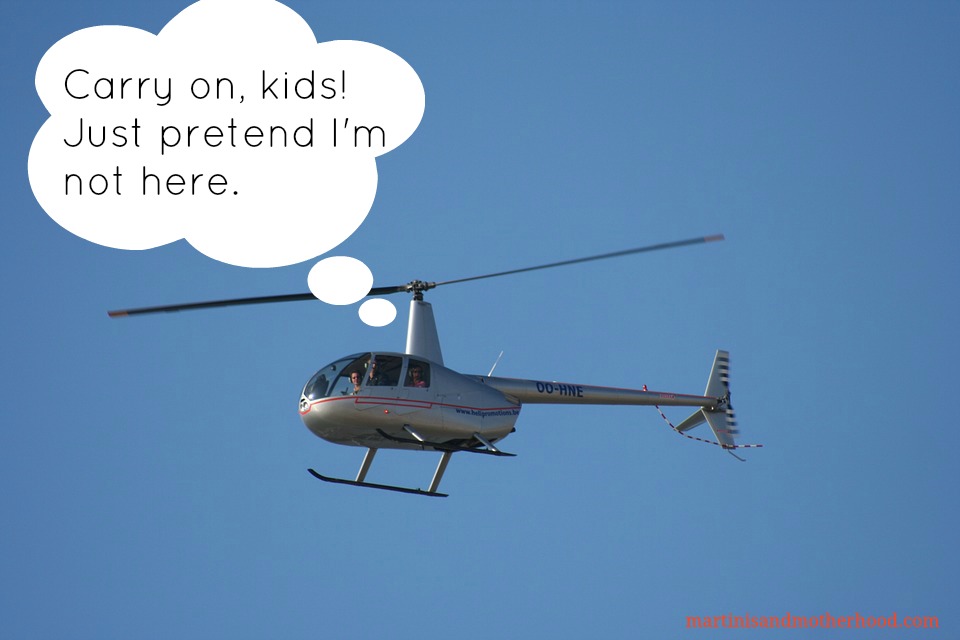 “To move from protector to encourager is a big jump that parents need to make as their son matures.”

Growing up in Corona, California in the 1950s was a scene right out of the movie Sandlot. It was a small town where it seemed like everyone knew everyone. As young kids, we had the run of the town.

We could ride our bikes to Merrill Street park where there was a Little League Park, a place to play over-the-line, a tennis court, a playground, or we could ride our bikes up to box canyon in the Santa Ana Mountains south of town, ride down to the city plunge to swim or play in the citrus groves that seemed to be everywhere.

During the summer we entertained ourselves all day by inventing games, playing baseball, and using our imagination to entertain ourselves. The only family rule I remember was the dinner prayer was precisely at 5 pm and do not be late.

The point being we learned how to navigate boy culture. Some days there were fights when there was a disagreement. Respect came from being fearless and being independent of mom and dad. Problems were solved within the confines of the group and most of what we learned resulted from trial and error. Sometimes we stumbled made stupid decisions and had to face the consequences of our actions.

Leadership in the group seemed to change depending on our activity. The goal was to have fun and be cool, so the older boys accepted us.

Obviously, these days have long passed. Somehow the world became a more dangerous place during my growing up years. It now seems with each succeeding generation of young men; parents have had to exert greater control over their activity.

The over-riding ethos underlying the raising of a young boy had to do with more supervision, which resulted in more controlled activity and the need to protect children from the scars of growing up.

In today’s world, some parents attempt to intercede anytime their son is facing punishment for a transgression. It is hard for parents to imagine that consequences are part of the learning process that must take place in order to achieve the best outcomes in the formation of their son.

Unlike most schools, St. Augustine [aka Saints] has always taught that parents in almost all cases should allow their sons to handle their own problems. Moving against the cultural tide, Saints has just a short time to help young boys develop a sense of independence, self-confidence, and leadership skills.

Most of us have witnessed the moment in the gymnasium during Freshman Orientation when Mr. John O’Beirne, the Assistant Principal for Student Affairs instructs the freshman class to separate from their parent(s) or guardian. 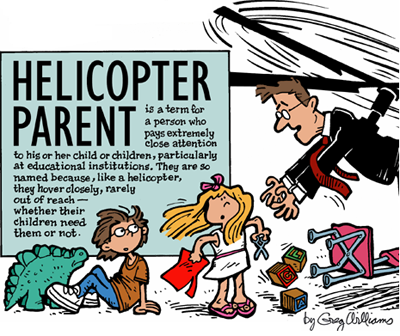 It is a moment I am sure that stays with the parents for awhile—watching their sons move across the gym with other members of his class and then hear from Mr. O’Beirne that in the future their son should contact his teacher or coach if they are experiencing a problem.

In the best possible world, we want every young man at Saints, to learn to solve their problems without help from mom or dad. It is never perfect, but it does lead to the development of self-confidence and independence. This in turn leads to improved negotiating skills and ultimately to desired leadership positions in student government, a team or activity, with their group, or in the classroom.

This can only happen with parents letting go and trusting they have raised their son well with the ability to challenge perceived injustices in his own life. Like all learning, there are successes and failures, but in time the desired learning takes place with transformative results. While we hate to see our sons suffer, this is the only way they will grow up to be men that make a difference.

To move from protector to encourager is a big jump that parents need to make as their son matures.

To use a weightlifting analogy; I have heard for years— “no pain no gain!”

How does a person get stronger?

He works to the point of exhaustion, receives encouragement from his coach to suffer through additional repetitions, and grows into a stronger athlete as his body adjusts to the greater load.

Over the years, I have witnessed young men attempt feats in the weight room that resulted only from failure, which in turn created motivation, which led to success.

What has been a central core ethos of Saints down through the years has now been substantiated by a 2019 article in the Journal of Applied Psychology, which studied 1500 teenagers for the purpose of assessing each of his/her leadership potential. While a far-ranging survey, the key area being studied was the extent to which parents stepped in to supervise their children.

This lack of confidence and passivity was also seen from an organization’s point of view that people are not promoted to leadership positions who lack charisma and confidence when they interview. Saints position, now supported by science, has continued to encourage growth in its young men through a process that sometimes results in short-term failure but promotes the long-term goal of creating a platform for young men to better understand themselves with a growing sense of self-confidence and independence coupled with the desire to lead. 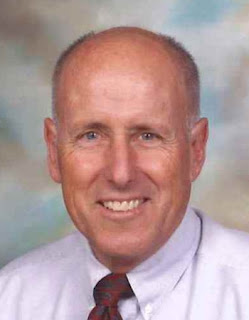 About the Author: Edwin Hearn is President of St. Augustine, a 700-student all boys high school located in the historic North Park neighborhood of San Diego, California.