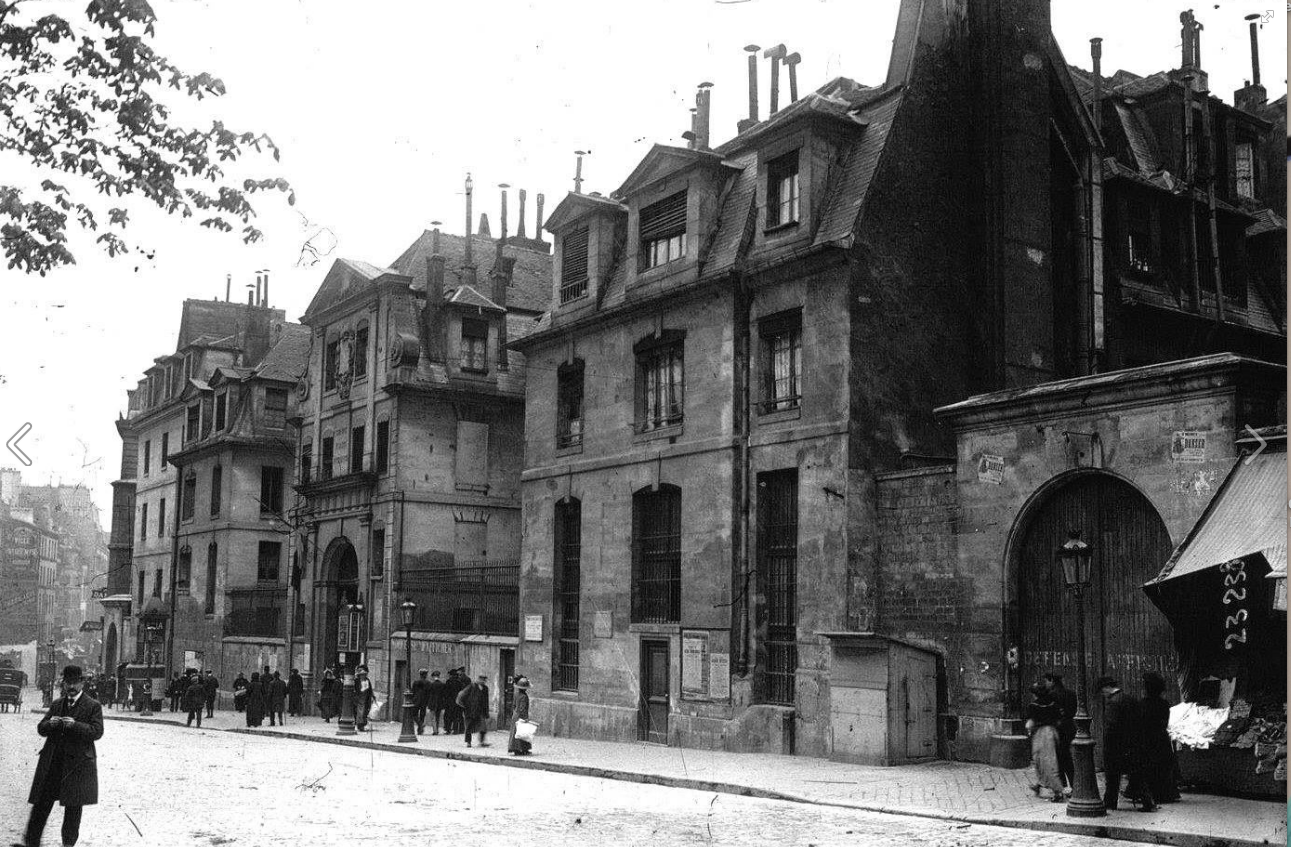 Saint-Lazare Prison (photo above in 1912) was originally a leprosarium founded on the road from Paris to Saint-Denis at the boundary of the marshy area of the former River Seine bank in the 12th century.

It was ceded on 7 January 1632 to St. Vincent de Paul and the Congregation of the Mission he had founded. At this stage it became a place of detention for people who had become an embarrassment to their families: an enclosure for "black sheep" who had brought disgrace to their relatives.

The prison was situated in the enclos Saint-Lazare, the largest enclosure in Paris until the end of the 18th century, between the Rue de Paradis to its south, the Rue du Faubourg-Saint-Denis to its east, the Boulevard de la Chapelle to its north and the Rue Sainte-Anne to its west (today the Rue du Faubourg Poissonnière). Its site is now marked by the Church of Saint-Vincent-de-Paul. The building was converted to a prison at the time of the Reign of Terror in 1793, then a women's prison in the early nineteenth century, its land having been seized and re-allotted little by little since the Revolution.

It was largely demolished in 1935, with the Assistance publique - Hôpitaux de Paris installing itself in the remaining buildings, where they remained until recently. Only the prison infirmary and chapel (built by Louis-Pierre Baltard in 1834) remain of the prison, with the latter to be seen in the square Alban-Satragne (107, rue du Faubourg-Saint-Denis) in the 10th arrondissement.

The surviving remains of the Saint-Lazare prison were inscribed on the supplementary inventory of historic monuments in November 2005.

The Musée de la Révolution française conserves a portrait of Joseph Cange, prison officer at the Saint-Lazare prison during the reign of Terror, who gave financial help to the family of a prisoner at the risk of his life and that was honoured nationally after the fall of Robespierre.

A song by Aristide Bruant entitled "À Saint-Lazare" is named after the prison. 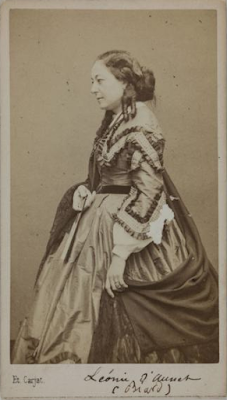 Leonie Biard is a woman who is not so often mentioned even though her exploits with the famous writer, Victor Hugo, eventually landed her in prison for adultery. Although both Hugo and Briard were married they began to see each other. Their encounters did not remain private for very long however because On July fourth Hugo and Biard were found "in criminal conversation and in uncrumpled attire meaning that they were comitting adultery and were wearing no clothes. While his lover went to jail Hugo left the station a free man because he was a French nobleman in good standing and was thus immune to prosecution." History was kind to Leonie d'Aunet (wife to Biard and mistress to Victor Hugo) as she was called a woman of letters in this portrait taken by noted French photographer Etienne Carjat. 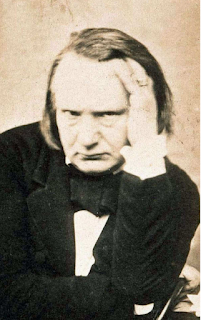 When she heard the news Mme. Adele Hugo was pleased that Juliette had a rival took up Leonie's case. Madame Biard asked at that time for legal separation from her husband, and wished for a double divorce, leaving them free to marry Hugo and her. On July 5, 1845, they were surprised in a hotel in the Passage Saint-Roch. Hugo, as a peer of France, could not be prosecuted; on the other hand, Léonie was imprisoned for two months in Prison Saint-Lazare.  Photo of a young Victor Hugo proves timing is everything.  He would have starved as a ladies man anytime after the 20th century.