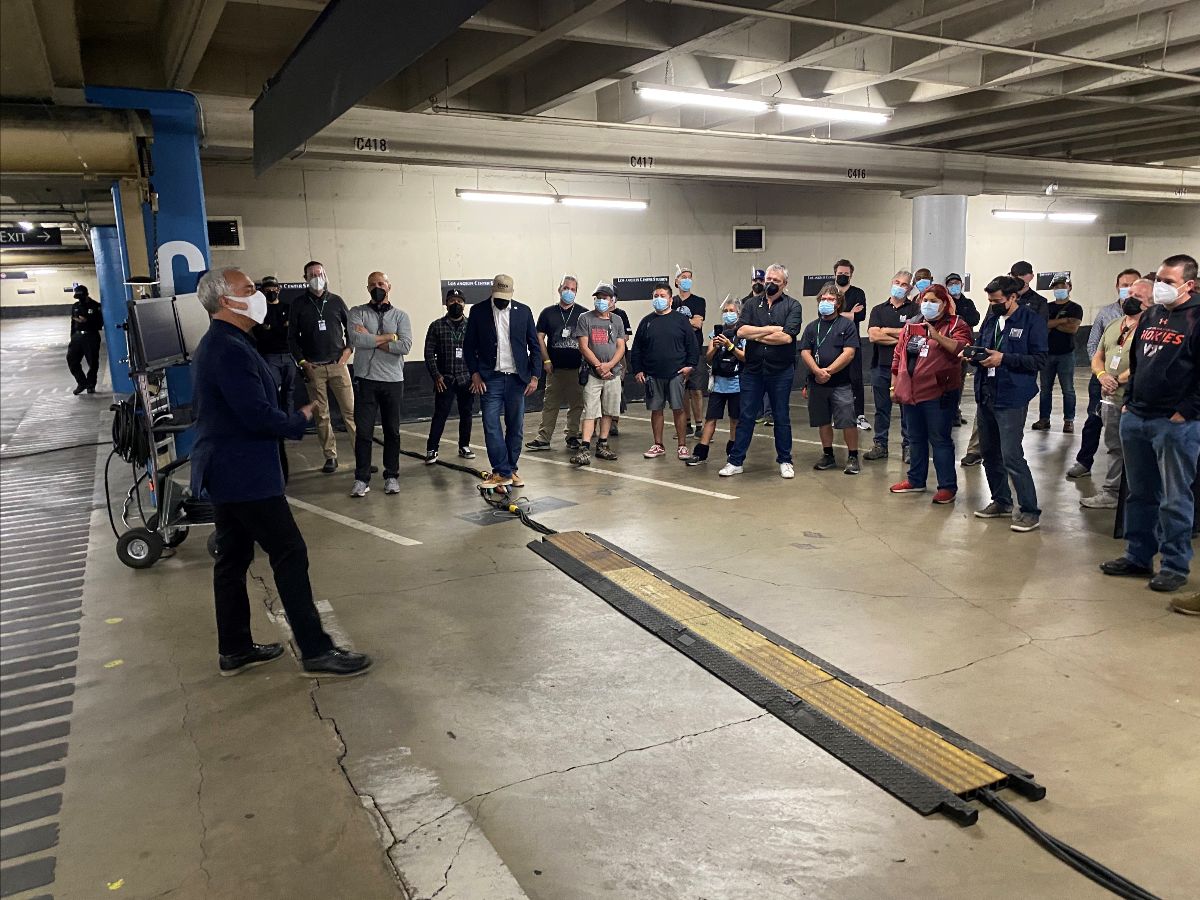 GUEST BLOG / By Michael Connelly--Well, it’s unusual when a writer is at a loss for words, but that’s how I feel today. We finished filming the final season of Bosch. I am both sad and fulfilled. We made a really good show, one I am proud of, one I think will be discovered by new viewers for years to come.

It was an intense 7 year experience that brought me deep friendships and even deeper fulfillment and pride. I love the show. I love actor Titus Welliver (above, left) as Harry Bosch and everybody else in the cast. I am so lucky that this happened to me and to Harry Bosch and I will always cherish the results and remember the people who made it happen.

This is just a portion of them in the photo (ABOVE) but it certainly took a village and I was glad to be a resident in that village. Thanks to all who helped make it, thanks to all who have watched it. Season 7 will be the best yet.

We don't yet know when Bosch Season 7 will be streaming on Prime Video. As soon as we know the date, we'll post it on MichaelConnelly.com.

NEW MICHAEL CONNELLY NOVEL FOR 2021: With the hard cover version already in bookstores, the paperback version of “Fair Warning” debuts in the US and Canada February 2.

Early tease asks “How do you find a killer who knows everything about you?

The hero of previous Connelly best sellers “The Poet” and “The Scarecrow” is back. Jack McEvoy, the journalist who never backs down, tracks a serial killer who has been operating completely under the radar – until now.

Jack McEvoy is a reporter with a track record in finding killers but when a woman he had a one-night stand with is murdered in a particularly brutal way, he realizes he might be facing a criminal mind unlike any he’s ever encountered.

The next thing he knows, the police are at his house telling Jack he's a suspect in her murder. Maybe it's because he doesn't like being accused of a crime he didn't commit. Or maybe it's because the method of her murder is so chilling that he can't get it out of his head.

But as he uses his journalistic skills to open doors closed to the police, Jack walks a thin line between suspect and detective. Jack investigates – against the warnings of the police and his own editor – and makes a shocking discovery that connects the crime to other mysterious deaths across the country.

Undetected by law enforcement, a vicious killer has been hunting women, using genetic data shared by the victims themselves to select and stalk his targets.

Uncovering the murkiest corners of the dark web, Jack races to find and protect the last source who can lead him to his quarry. But the killer has already chosen his next target, and he’s ready to strike.