According to the International Coffee Association the leading 2020 coffee importers (as of November 2020) in the world are: 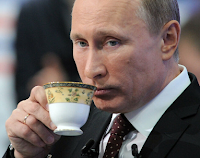 You’ll note that the European Union has been lumped together with countries like Spain, France and Italy and many others. But standing alone in the 7th ranking (impressive) is Algeria.

According to Euromonitor International Algeria has one of the highest consumption per capita rates in the region, which explains the success and size of coffee. This success is driven by consumers’ habits and the growing population, who enjoy coffee daily, allowing for extensive consumption of the hot drink.

AS COFFEE IN ALGERIA IS IMPORTED, THE BIGGEST THREAT TO THE LANDSCAPE IS AN UNFORESEEN CHANGE IN UNIT PRICE

Potential changes to its unit price threaten coffee. All coffee produced and consumed in Algeria is imported; consequently, coffee is highly vulnerable as the supply of raw materials relies on other countries, and manufacturers can frequently experience changes in regulations and customs duties.

Fresh ground coffee pods has an excellent opportunity for growth over the forecast period, especially in value terms. The increasing number of Algerians working in formal environments who are adopting Western habits - such as drinking fresh ground coffee pods in the workplace - as well as Algerians returning to the country and expatriates arriving, have created a pool of middle-high-income consumers.

COMPETITIVE LANDSCAPE EURL FACTO CONTINUES TO LEAD FRAGMENTED LANDSCAPE, DUE TO ITS LONG-STANDING PRESENCE AND HIGH LEVELS OF BRAND AWARENESS

Company Eurl Facto, with its offering of Facto, continued to lead coffee in value terms in 2019, due to its strong brand awareness, long-standing presence in Algeria and its positive sales record in the country. Moreover, Facto has expanded its facilities to increase the production of its coffee and has also launched new product developments to boost value and volume sales.

THERE IS FIERCE COMPETITION BETWEEN DOMESTIC AND INTERNATIONAL PLAYERS IN COFFEE Local players lead fresh ground coffee in Algeria, while international players such as Nestlé’s Nescafé and Kraft Foods’ Maxwell House Coffee, manage to control the largest share of instant coffee. Domestic players tend to dominate from a volume perspective, while foreign manufacturers, particularly Nestlé with Nescafé and Nespresso pods, target a restricted middle-high-income audience and exert leverage on value, rather than on volume sales.

Nestlé SA is ranked second in coffee, with its offering of Nescafé, which has a strong presence in instant coffee. However, when it comes to volume terms, Société Industrielle du Café Sarl comes out as the leader, followed by Eurl Facto, while Nestlé ranks seventh.

Bottom line: Algerian consumers are more price conscious rather than being more drawn to a preference to Robusta or Arabica beans. Algeria consumption stats are boosted by a national appreciation of instant coffee.

What is Algerian coffee? Mazagran (also called café mazagran, formerly spelled masagran) is a cold, sweetened coffee drink that originated in Algeria. Portuguese versions may use espresso, egg nog, lemon, mint and rum, and Austrian versions are served with an ice cube and include rum. ... Mazagran has been described as "the original iced coffee". It’s popularity in Europe, however is on the wane.

How to make Algerian Coffee? 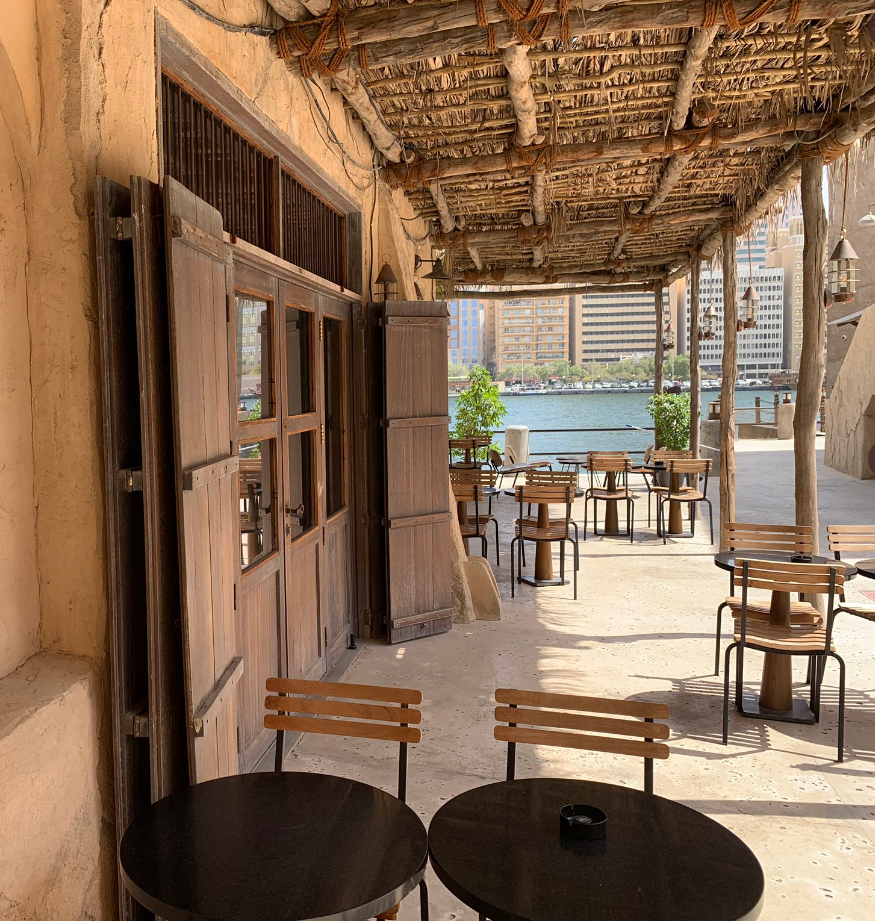 WEEKLY COFFEE QUIZ--Where in the world (above photo) is this coffee establishment? Answer next Saturday in PillartoPost.org Coffee Beans & Beings post. 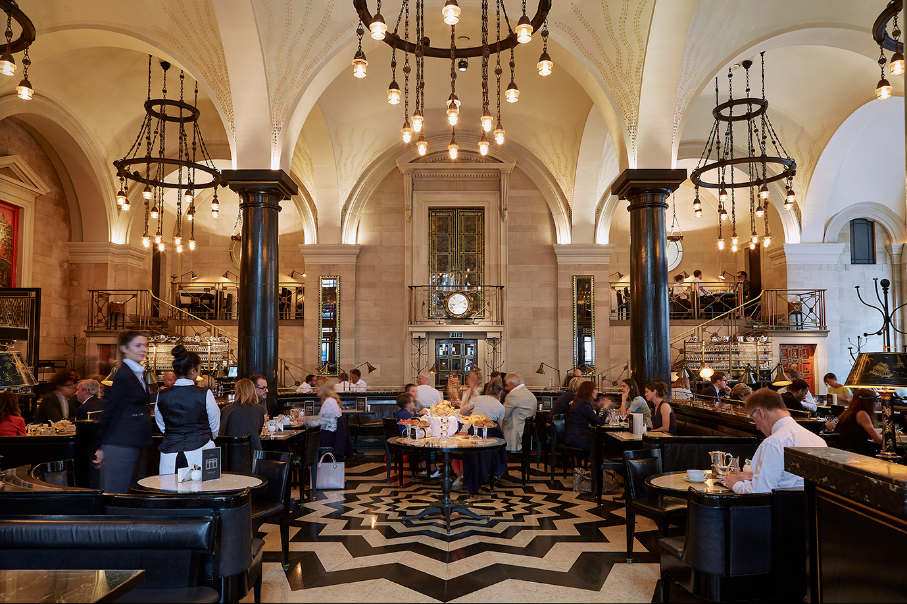 LAST WEEK’S COFFEE QUIZ ANSWER—Via the magic of metaphor, we definitely felt like a couple of pairs of scuffled brown shoes at a black tie affair after ordering coffee at London’s remarkable The Wolseley Tea Room in the Mayfair District along the famed Piccadilly near the Ritz Hotel. But what an amazing espresso it turned out to be, especially with spare no expense pastries. For more on this elegant establishment click here.