GUEST BLOG / By Patience Jobe--One of the most challenging 1000-piece jig saw puzzles on the market today is by Piatnik, a Vienna board game and puzzle maker that has been around since it was founded by Ferdinand Piatnik in 1824.

Patience Jobe, PillartoPost.org puzzle editor noted, the Piatnik Café Terrace puzzle is no walk in the nearby Place de Forum. “It is no puzzle for beginners. Van Gogh’s post-impressionist paint strokes do not follow conventional geometry. His whims go where they will, plus the Piatnik photo is not as crisp (heavy on black ink) as the original painting at the Kröller-Müller Museum in Otterlo, Netherlands." 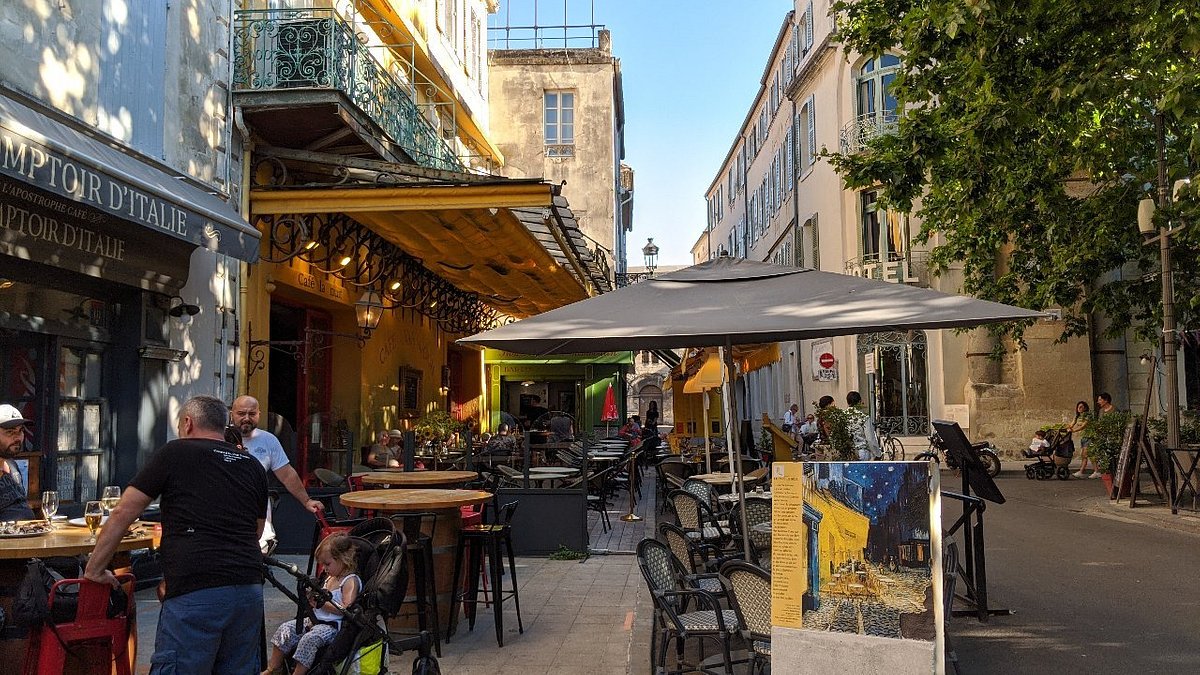 Puzzle aficionados tackling this double masterpiece will be aided by Ms. Jobe’s research on this particular 1888 example of Van Gogh architectural cityscape painting. The painting is of a real French cafe at the night.

Toward the left there are structures of buildings, beyond this structure lies the tower of church. Towards the right, Van Gogh indicated a lighted shop as well, and some branches of the trees surrounding the place. In the middle ground, you can see people sitting and chatting and to the right you see some ladies walking. You can also see in the middle ground the waiter who is serving the customers of the cafe.

The silhouette of the starry sky is key to the patterning of the whole; the poetic idea of the work - the double illumination and contrast of the cafe and the night sky - is developed through this jagged form. In the silhouette of the orange cafe floor and the adjoining window and doors, we discover the inverted shape of the blue sky; the scattered disks of the stars are matched in the elliptical tabletops below.

How to Solve. After one has completed the four edges of the puzzle, attack the pillared door frame (far left, lower) first by following one of the few straight lines filling in the blue doorway. Next move to the lower-left corner. Collect and assemble all the similar-looking cobblestone pieces that aren’t blue.

Then use the artist’s lines of perspective to follow the red café floor to the middle of the puzzle. A digression. The blue cobblestone pieces indeed reflect the blue sky and the stars are mimicked by white tabletops.

Now move to the upper left. The blue building’s black railing intermixed with window shutter pieces are easy to identify. The tree on the right side is easy to collect and assemble. Go from the big star (top right) down to the red door. Assemble that area inward completing the tree. The persons on the plaza are unique pieces of the puzzle. They swirl, which is part of the beauty of the puzzle.

Now, the yellow café section and the cobblestone are the most difficult. Being time-consuming is a huge understatement. Our puzzle editor says to save the starry, starry sky, and the dark alley portion of the puzzle last. By that time your remaining pieces are either light blue or dark purple.

We add a letter by Van Gogh to one of his sisters where he discusses this painting, which is one of his most notable for its rough beauty, emotional honesty, and bold colors. “…I was interrupted precisely by the work that a new painting of the outside of a café in the evening has been giving me these past few days. On the terrace, there are little figures of people drinking.

“A huge yellow lantern lights the terrace, the façade, the pavement, and even projects light over the cobblestones of the street, which takes on a violet-pink tinge. The gables of the houses on a street that leads away under the blue sky studded with stars are dark blue or violet, with a green tree. “Now there’s a painting of night without black. With nothing but beautiful blue, violet and green, and in these surroundings the lighted square is coloured pale sulphur, lemon green. I enormously enjoy painting on the spot at night. In the past they used to draw, and paint the picture from the drawing in the daytime. But I find that it suits me to paint the thing straightaway.

“It’s quite true that I may take a blue for a green in the dark, a blue lilac for a pink lilac, since you can’t make out the nature of the tone clearly. But it’s the only way of getting away from the conventional black night with a poor, pallid and whitish light, while in fact a mere candle by itself gives us the richest yellows and oranges,” said Vincent Van Gogh. 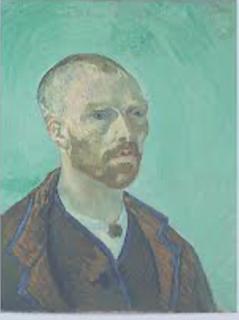 About the painter. Vincent Willem Van Gogh [1853-1890] did not begin painting until his late twenties, and most of his best-known works were produced during his final two years. He produced more than 2,000 artworks, consisting of around 900 paintings and 1,100 drawings and sketches.

Puzzle was purchased at the Palm Desert Museum gift store for under $20. Another source of puzzles are in San Diego: The Book Catapult Book Store in South Park and nationally at www.strandmag.com