This week marks the opening of the dead duck skeet season with big-name reporters doing the shooting and ex-president Trump the well-deserved clay pigeon.

In this blog, we highlight three major book debuts and one prominent media journal. We hope this guide gives the reader a starting point to see which new book does the best job festooning the command of the obvious.

To lead off this literary tsunami is Jon Allsop writing in his popular The Media Today column for the Columbia Journalism Review [click here] who acts as ring announcer for a three-ring battle of books about the buffoon [italics ours].

And in this corner, we have: 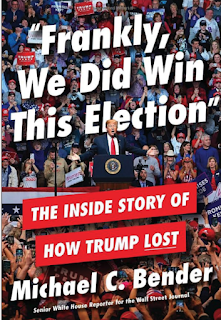 “Frankly, We Did Win This Election: The Inside Story of How Trump Lost," by Michael C. Bender, Wall Street Journal. [Buy this book here]

"I Alone Can Fix It: Donald J. Trump’s Catastrophic Final Year," by Carol Leonnig and Phillip Rucker, the Washington Post. [Buy it here]

“The Tedium of the Trump-books news cycle,” by Jon Allsop, Columbia Journalism Review, The Media Today. [read and donate]

Jon Allsop continues “…This week was publication day for Bender (his book was originally slated for August, but his publisher brought it forward to beat the competition), and he and Wolff have been touring cable news, racking up at least five appearances between them (without counting all the third-party chatter about the books).

“We know well the story of the chaos of this administration,” Bender told MSNBC’s Chris Hayes on Monday. “I think what’s different about this book is not the chaos, but how dangerous it was inside the West Wing for a lot of the people right around this president. A lot of these people told me for the first time that they feared for the safety of the country.”

When Lawrence O’Donnell asked Wolff, also on MSNBC on Monday, what he learned writing his book, Wolff replied that Trump is “even crazier” than he thought.

Last night, Wolff told O’Donnell’s colleague Brian Williams that he “rushed” the book to publication, “first because I’ve had quite a bit of practice writing books about Trump, but also because I thought this was incredibly important for people to know: that the president of the United States—and let me be very specific about this—that the now ex-president of the United States was and is deranged.”

What more is there to say. 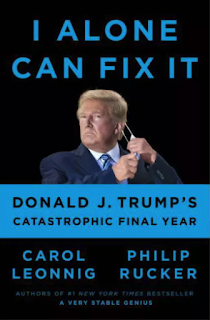 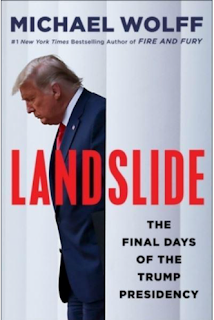