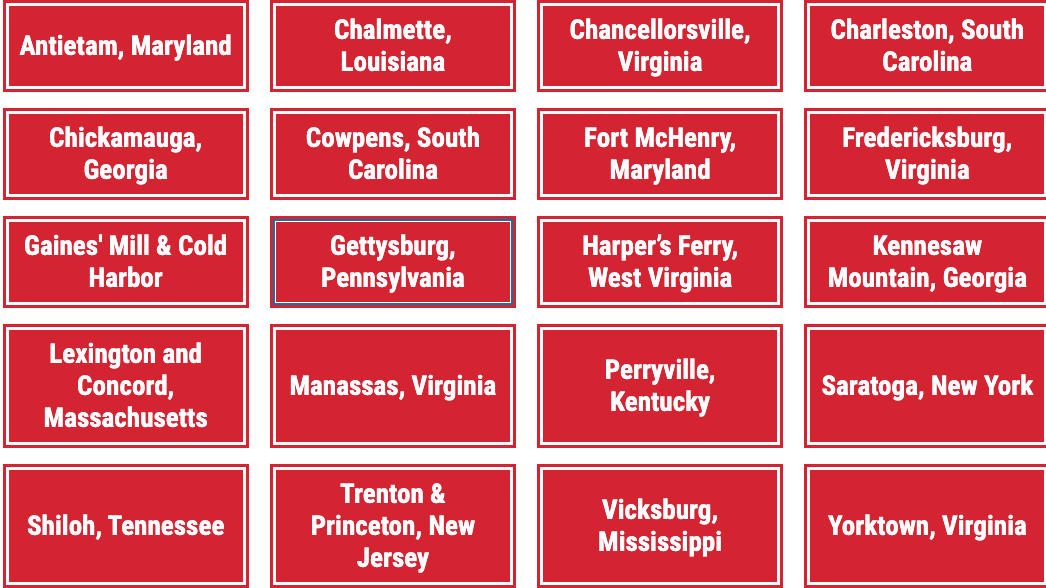 American Battlefield Trust is a major history-oriented non-profit dedicated to preserving America’s hallowed battlegrounds to educate the public about what happened there and why it matters today.

As the nation’s leading heritage land preservation organization, ABT has saved more than 53,00 acres of battlefield land in 24 states to date.

PillartoPost.org reports the enthusiasm with which American Battlefield Trust goes about its land preservation work might seem to some as glorifying war. The opposite is true. By not forgetting history, the ABT is a beacon of reason and hope that all war on this planet will someday end.

As part of its continuing mission to educate, including a call for donations, American Battlefield Trust has compiled a detailed list of 20 must-see battlefields complete with itineraries; mobile apps, and virtual tours.

Yesterday, July 21, the Battle of Bull Run aka First Manassas fought in 1861 convinced both sides that the Civil war would be a long and costly struggle.

Fought only a few miles south of modern-day Dulles International Airport along Interstate 66, the blood at Bull Run ended a sense of innocence about the glory of war. CLICK HERE to view all 20 battlefields on American soil.