THE FOODIST / WE SCREAM FOR ICE CREAM 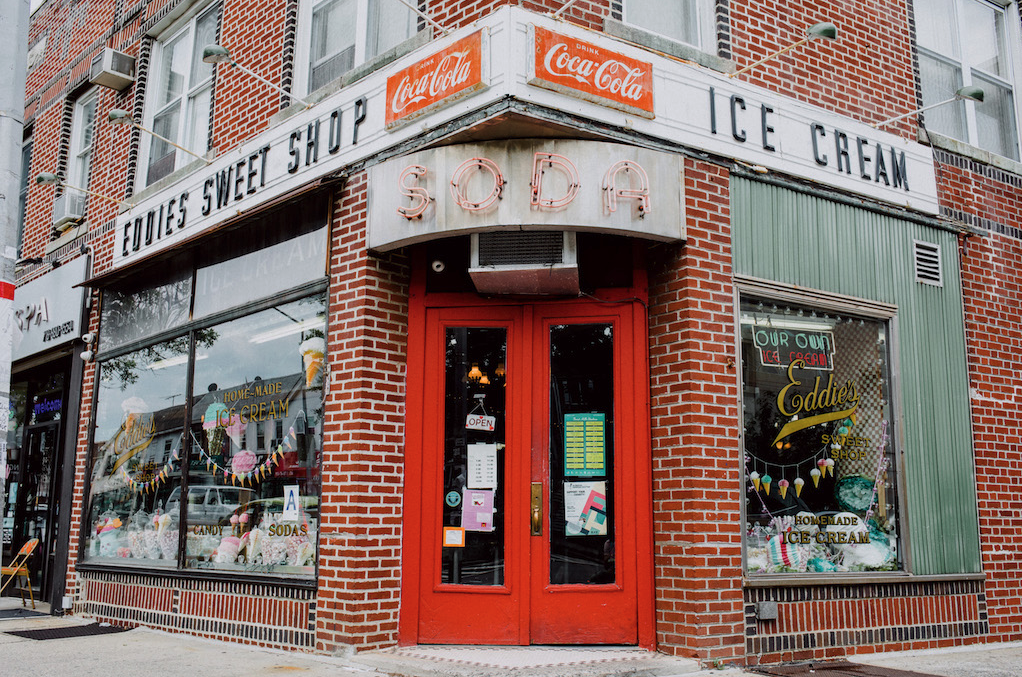 When a streetcar ran down Queens’ Metropolitan Avenue in the first half of the 20th century, soda fountains like Eddie’s Sweet Shop were commonplace in big cities and small towns across America.

Today, this hundred-year-old corner gem on Metropolitan in the leafy, Tudor-style enclave of Forest Hills is one of the last of its kind left in the country, and it certainly shows its vintage.

On summer afternoons, Eddie’s still fills up with crowds of happy Queens kids, and the diversity of the clientele reminds you that fortunately, it’s not the 1920s anymore. 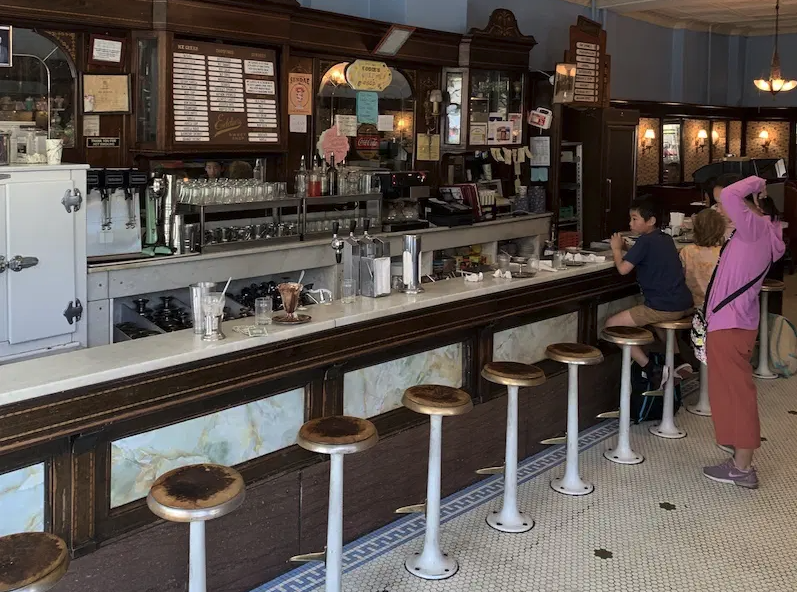 The shop itself, though, is practically unchanged – every piece of equipment behind the counter, from the shiny Frigidaire to the tiny metal cabinet hand-painted with the words “hot fudge,” could be from a museum.

“The fridge is one of the first electric fridges,” owner Vito Citrano explains. “It’s about 80 years old, and some of the dishware is just as old.”

The neon “SODA” sign out front, the subway-tile floors, and the worn, spindly, less-than-comfortable wooden stools that line the counter also suggest another era. Vito, whose father Giuseppe bought the place in 1968, says that it’s getting harder to maintain all of these details, but he views Eddie’s as “part of history,” a landmark that’s his job to maintain.

The soda fountain is an American tradition he reveres, and nothing is more important than the frozen treats themselves. 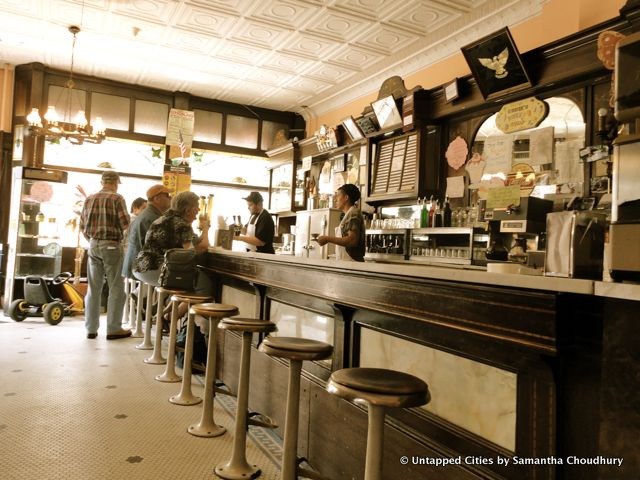