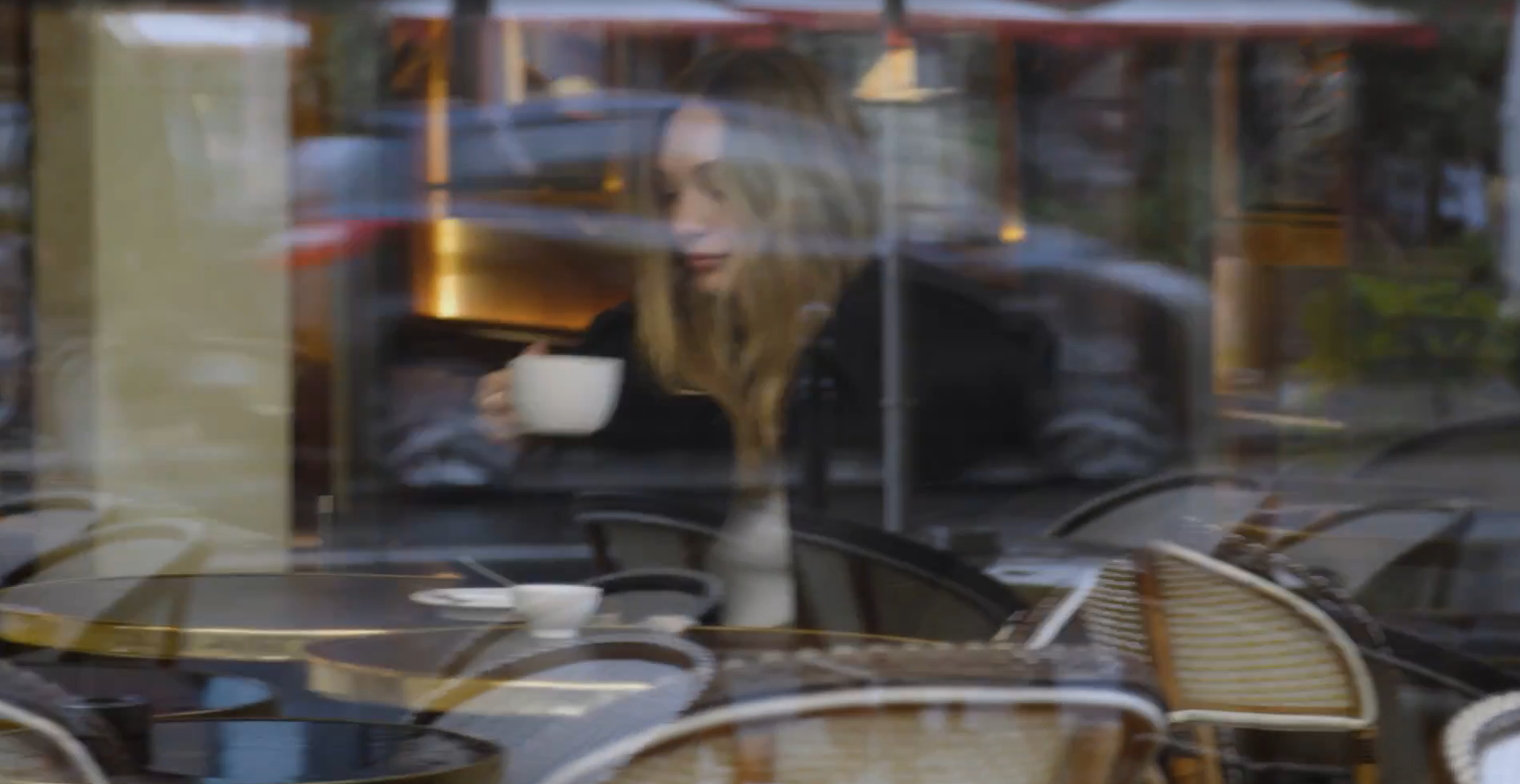 A Cup of Coffee and Musings with Maddie Ziegler in Paris

Maddie Ziegler came to fame as a child performer (8 years old) on the American reality TV series Dance Moms now as an adult she is a noted dancer, occasional movie actress and fashionista.

“…Can I please do an almond latte with honey?” Maddie Ziegler asks a Paris barista during her tag along with Vogue Magazine. “Thank you so much.” Then she turns toward the Vogue writer:

"...The last few weeks have definitely been crazy. I've gone to all fashion weeks, which I'm like, why, why is a little me going to all these shows? It's so cool. I was in New York and then Milan for a few days and now Paris and a few other places in between. So I've been on a plane majority of the last few weeks, but I'm so happy. Like, especially through COVID it's so nice to actually have some movement again."

[Pause]:"...Thank you. [Coffee arrives] The dance and fashion world, they're similar in a lot of ways, very fast paced, moving like all the time. Watching it from afar it seems really intense, but like every little detail goes into every piece, every like fashion show, every campaign or photo shoot.

"So it's like really, really beautiful to see. It's definitely a transition going from like reality competition dancer to like now being in Paris for fashion week. Like my whole life I was worried that I wasn't gonna be taken seriously in other fields just because like being a competition kid it's kind of hard to like branch out of that. I was seven or eight when I started being on camera and filming a TV show.

"I honestly barely remember like any of it, which is crazy. Like my sister and I, and all the, all my friends that I was on TV with, like we look back at all these videos of us when we were like nine, 10, and we're like we don't even remember that happening. And we were so little just like surrounded by cameras all the time. And it was a lot, it was definitely a lot. I started dance when I was two years old. And then when I was seven, I got hired for Dance Moms. I was so terrified to be known as a reality star my whole life.

"And that's how I pictured my life going. And sure it wasn't the easiest experience, but it got me to where I am right now. If I didn't do that Sia wouldn't have noticed me and then I wouldn't be here.

"Once I did Chandelier [Sia music video as a pre-teen] and then we started doing more music videos with Sia, I fully realized that not only in the music videos, but my whole life I've been playing characters in all of these different dance pieces. And I'm like, oh, I'm, I'm acting just as much as I'm dancing in all of them, I'm transforming into someone else. What's cool is that in the movies I've done, I've been able to dance in them as well.

"So I'm like, it's the best of both worlds. It's my two favorite things and I get to do it together so. I'm wearing Miu Miu. I can't believe I'm saying that, I've literally been such a fan of Miu Miu for so long. I picked this dress just because the way we accessorized it, it's a very like cutesy pink dress, but we are pairing it with like these really edgy kind of like creeper shoes and black little socks.

"I wanted to kind of have the best of both worlds. So great. Okay, we're good? Let's go. We are currently headed to the Miu Miu fashion show. I'm so excited. It's like as soon as you leave the hotel and you get in the car everything feels like real. 'Cause everyone's like rushing to get there.

"And I feel the energy, like it's, it's so exciting. The Miu Miu show was so beautiful. Like every single piece was so different and fun. And there were so many cool like skirts and dresses and so many cool like beaded details. I literally wanted to wear everything. I was like oh, I want to buy that and that. Oh my gosh, did I, I met Miss Prada didn't I? [Woman] Yeah. 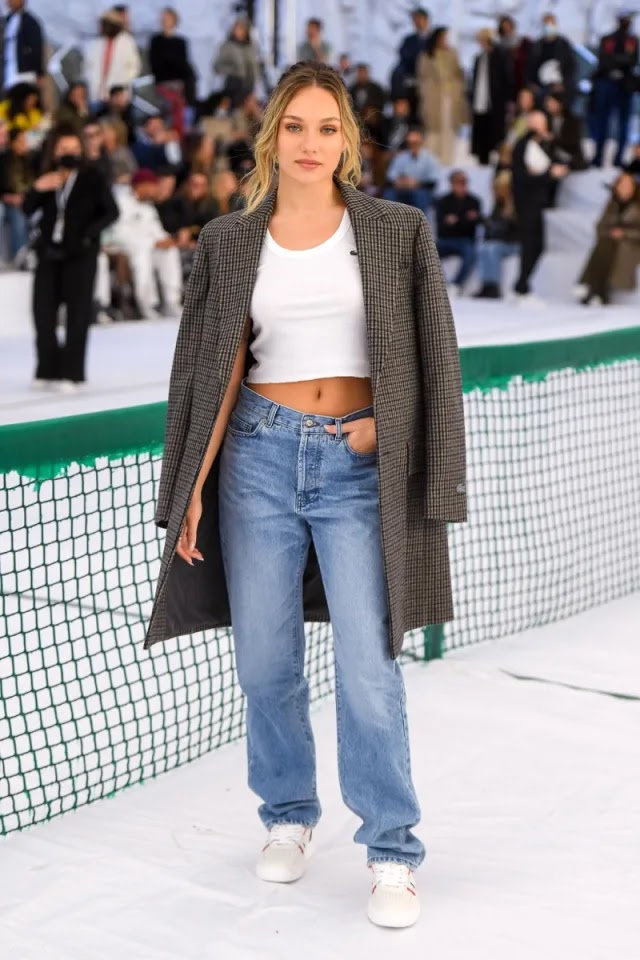 "Okay, so we just got back from the Miu Miu show, started pouring rain. We were running, it was a blur. Wow, I'm a good storyteller. When I went to pick out my outfit, I loved the women's stuff, but I like looked at the men's collection. I was like I'm drawn towards this. I'm wearing like, men's jeans, men's jacket. I love the mix of like masculine and feminine. I feel like now especially there's like no rules to fashion, no rules to gender.  I feel like it's cool to like mix and match it for sure. [gentle music] [chatter] I can't believe how many looks there was. They were so amazing. Yeah there were like 49 looks. It's amazing.

"Thank you so much Vogue for hanging with me today. Coffee was great. Just finished the beautiful Lacoste show. Went to the Miu Miu show in the morning and now I'm going to sleep, bye..."