The team has still not detected any further synchronization message issues since monitoring began Nov. 1. The team will continue work on developing and testing changes to instrument software that would allow them to conduct science operations even if they encounter several lost synchronization messages in the future.

The first of these changes is scheduled to be installed on the Cosmic Origins Spectrograph in mid-December. The other instruments will receive similar updates in the coming months.

Hubble has been operating now for more than 31 years, collecting ground-breaking science observations that have changed our fundamental understanding of the universe. With the launch of the Webb Telescope planned for later this month, NASA expects the two observatories will work together well into this decade, expanding our knowledge of the cosmos even further. 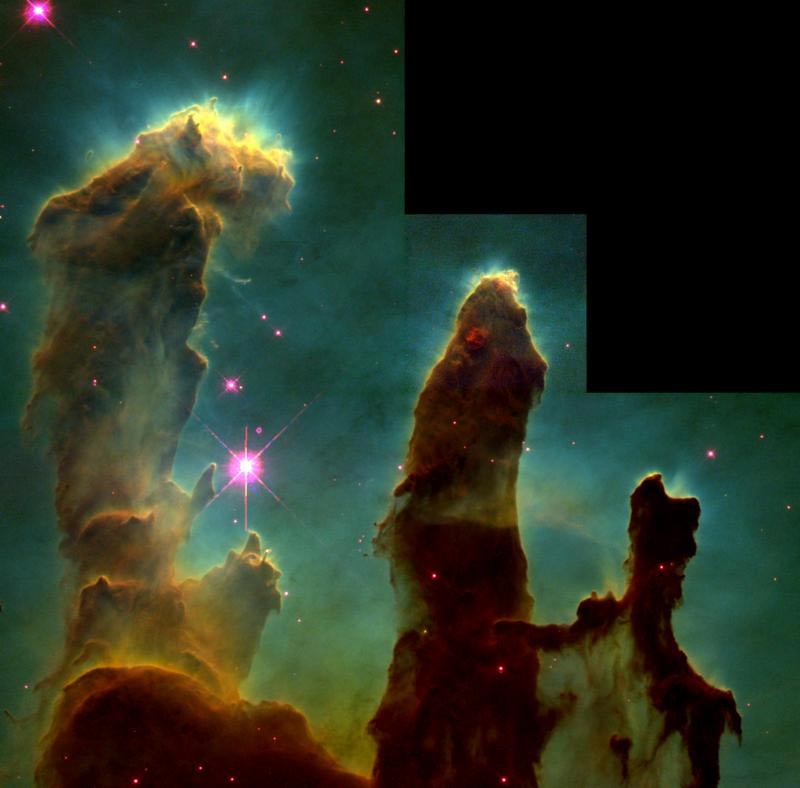 One of Hubble’s most iconic images (above) is of this portion of the Eagle Nebula (M16). Dubbed the “Pillars of Creation,” it shows three huge columns of cold gas illuminated by light from a cluster of young stars with strong stellar winds located out of view above. Imbedded in the tips of the finger-like protrusions at the top of the columns are dense, gaseous globules within which stars are being born. The largest of the three columns is approximately four light-years tall.