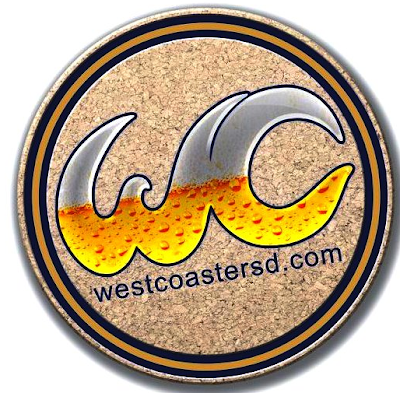 FROM WEST COASTER MEDIA—San Diego’s leading craft beer centric newspaper, website and blog has published and posted a month’s worth of great beer and food dinners. This is the kind of coverage that is making this small publication grow. You can view the latest issue of West Coaster by going to www.westcoastersd.com

Saturday, September 8--Ballast Point Beer Dinner @ Sessions Public
A three-course, bacon-centric meal with be served in Ocean Beach’s Sessions Public featuring Ballast Point beers. Sessions owner Abel Kaase has a long-standing friendship with Ballast Point owner Jack White, both Point Loma natives, so you know the beers selected will be top notch. That list has not been released yet, nor has the menu, but when it is we will update this post. The cost of the dinner is $40 all inclusive, but seating is limited so call 619-756-7715 or e-mail abel@sessionspublic.com to make reservations for this 7 p.m. event.

Wednesday, September 12--Manzanita Beer Dinner @ Vagabond
Chef Paul Niles’ global-inspired cuisine will be on show at the South Park venue. The courses and pairings have not yet been released, but when they are this post will be updated. The dinner is $45 per person for five courses, plus tax and tip; reserve seats for this 7 p.m. event by visiting vagabondkitchen.com or calling 619-255-1035.
Saturday, September 15--Karl Strauss Beer Dinner @ Albert’s Restaurant (SD Zoo)
Award-winning beers from Karl Strauss’ Paul Segura will be paired with dishes from San Diego Zoo Executive Chef Chris Mirguet and Sous Chefs Charles Boukas and Matt Jillson starting at 6:45 p.m. A reception with live animal presentation will begin 45 minutes earlier on the Treehouse Plaza Deck, where Pintail Pale Ale and Off The Rails will be paired with pumpernickel and ham petit fours, a cambozola, camembert and white cheddar cheese board, plus cured meats and mustards. The first course will pair Tower 10 IPA with chilled prawns and chorizo salad; the second course will pair Wreck Alley Imperial Stout with beef stout stroganoff; the third course will pair Boardwalk Black Rye IPA with blackened pork loin; and finally, for dessert; Windansea Wheat Hefeweizen will pair with pumpkin banana crème brulee. The cost is $69 per person, plus tax and tip; call 619-557-3964 between 10 a.m. and 4 p.m. daily to reserve your spot.

Thursday, September 27--AleSmith Beer Dinner @ Ritual Tavern
Newly-annointed Chef Kyle Bergman will be hosting his first beer dinner at Ritual Tavern during the North Park restaurant’s 5th Anniversary month, and the AleSmith brewers will on hand for this five-course meal featuring Evil Dead Red and a double coffee version of Speedway Stout. The menu and pairings haven’t been released yet, but we’ll update this post when they are. Cost is $55 per person, plus tax and tip; call 619-283-1720 to reserve your spot at this 7 p.m. event.

Thursday, September 27--
Coronado Beer Dinner @ JSix
Jsix chefs will be creating a four-course dinner featuring “nose-to-tail” dishes from a whole pig, goat and rabbit. The cost is $65 for just the food menu, or you can pair it with beers from Coronado Brewing Company for $20 more. The event starts at 7 p.m.; make reservations by calling 619-531-8744.
Don’t forget: Tell ‘em West Coaster sent you!
Read all about West Coaster www.westcoastersd.com