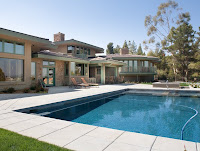 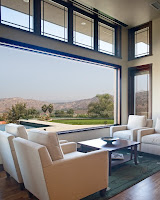 ASH TO FLASH--Jan and Wayne Loftus, like so many other Rancho Bernardo area residents, lost their home and its contents to the 2007 Witch Creek wild fire. Wayne looks back on October 22 of that year vividly, as the couple had to evacuate in a hurry at 3:30 a.m. in front of Santa Ana winds that whipped the wall of flames to 60 m.p.h.

“Normally, the ’Anas die at night, but not that year,” he recalls. “They kept blowing. About 3 a.m. we knew the flames were on the other side of the mountains to our east. We figured we’d make it through the night, but as soon as that thought came through my mind, another fire roared up from the north.”

Jan noted that starting the rebuilding was key in completing the healing process. She remembers another date — this one not so hurtful — May 17, 2011. “That was when our new home (built on the same Bernardo Trails site as the original) was completed.

A native San Diegan, Wayne studied architecture early in his career (he became a city planner and contractor) and has always had a passion for the built environment — specifically Frank Lloyd Wright’s Prairie-style architecture.

Jan shares his interest and together they’ve visited many Wright-designed homes over the years.

From day one, the trio knew the homeowners would be part of the building team, which was fine with all concerned because “going in, the couple knew what they wanted but were flexible to new ideas and solutions,” says Anita Dawson.

The main goals were to end up with a home that had the latest energy-efficient and sustainable technology, plus they wanted a home where they could easily age in place, says Dawson. As for the design, Chriss understood the couple looked to Wright’s Prairie tenets: airy great rooms, lots of natural light, strong horizontal lines and a home that fit into the natural landscape. It was Chriss’ job to interpret what Wright would do now.

The couple’s completed tri-level is built atop a ridge offering Palomar Mountain and San Pasqual Valley panoramas to the north. The stunning front exterior faces south at the end of a winding uphill driveway. Immediately noticeable are the distinct stacked flagstone exterior walls with period railings that, along with the broad fascia, have been painted a custom hue mimicking the patina of aged copper.

Although the home has three levels (technically 2.5), Chriss insists there are really five. Even so, by smartly staggering the levels, the architect was able to maintain the low-slung horizontal mantra of the Prairie style. Pictures show the new home has the Wright horizontal attitude.

Besides the main living areas and the kitchen, the home has four bedrooms, 5.5 baths, a den, two offices and several huge convenience rooms like walk-in closets, a laundry room and an old-fashioned kitchen walk-in pantry (impressive, is a built-in buffet with a pocket divider that rises to reveal a pass-through from the kitchen). In addition, there is a six-car garage, plus an expansive rear patio adjacent to an infinity pool with a built-in spa and nearby sunken fire pit.

The great room’s openness — so popular with Prairie-style design — is in evidence here. However, with clever use of wall units, the Loftus home also has the closed feel of a more traditional home — albeit minimally. Downstairs, the units separate the living and dining rooms; upstairs, a fireplace wall unit transforms one large space into a master bedroom and a relaxing den.

While Wayne has his upstairs’ “model-train room” that doubles as his aerie office, the kitchen is all Jan’s. Her request to have the same view she had of the mountains from her previous kitchen, resulted in a kitchen devoid of wall cabinets — although not devoid of storage. Jan keeps all kitchen foodstuffs, appliances, pots, pans and other accouterments in the walk-in pantry and island drawer area. There’s also an extensive countertop made from a massive slab of granite.

Despite a determined love of all things Wright, the Loftus’ are definitely not purists. In Wright’s time, there were no photovoltaic panels such as those installed here (which, along with siting the home’s footprint to capture breezes and the home’s use of radiant heating rather than forced air, result in an electric bill of about $5 per month). Aging-in-place elements, such as grab bars that mimic towel racks, curb-free showers and the residential elevator to all levels, also would not have been part of the Frank Lloyd Wright style. Further, most of Wright’s homes are smaller and have lower ceilings than this home, and modern engineering and construction methods also were not part of Wright’s era.

But, the essence of the classic Prairie aesthetic is there for all to see for decades to come. The Loftus residence is a fitting paean to a classic American original architectural genre.

This article first appeared in the July, 2012 edition of San Diego Home/Garden Lifestyles
Originally titled:
BETTER THAN EVER
A Rancho Bernardo couple with a flair for Prairie design rebuilds the Wright way