GOING WHERE NO SPACE TELESCOPE HAS GONE BEFORE 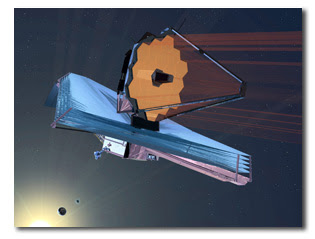 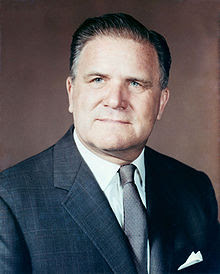 THANK YOU, JAMES WEBB--Since the mid-1990s, NASA and its international partners have been working to build and eventually launch (target: 2018) a space telescope to go beyond the capabilities of the current Hubbell telescope.


Called, the James Webb Space Telescope, the JWST is a large, infrared-optimized space telescope. Webb will find the first galaxies that formed in the early Universe, connecting the Big Bang to our own Milky Way Galaxy. Webb will peer through dusty clouds to see stars forming planetary systems, connecting the Milky Way to our own Solar System. Webb's instruments will be designed to work primarily in the infrared range of the electromagnetic spectrum, with some capability in the visible range.

JWST will have a large mirror, 6.5 meters (21.3 feet) in diameter and a sunshield the size of a tennis court. Both the mirror and sunshade won't fit onto a rocket fully open, so both will fold up and open once Webb is in outer space. Webb will reside in an orbit about 1.5 million km (1 million miles) from the Earth.

The new telescope was formerly known as the "Next Generation Space Telescope" (NGST); it was renamed in Sept. 2002 after a former NASA administrator, James Webb, who was a staunch supporter of space science.

The Webb telescope has 21 mirrors, with 18 primary mirror segments working together as one large 21.3-foot (6.5-meter) primary mirror. The mirror segments are made of beryllium, which was selected for its stiffness, light weight and stability at cryogenic temperatures. Bare beryllium is not very reflective of near-infrared light, so each mirror is coated with about 0.12 ounce of gold.

The manufacturer of those mirrors, Ball Aerospace & Technologies Corp. of Boulder, Colo., recently celebrated their successful efforts as mirror segments were packed up in special shipping canisters (cans) for shipping to NASA.

The Webb will be the premier observatory of the next decade, serving thousands of astronomers worldwide. It will study every phase in the history of our Universe, ranging from the first luminous glows after the Big Bang, to the formation of solar systems capable of supporting life on planets like Earth, to the evolution of our own Solar System.

Webb is an international collaboration between NASA, the European Space Agency (ESA), and the Canadian Space Agency (CSA). The NASA Goddard Space Flight Center is managing the development effort. The main industrial partner is Northrop Grumman; the Space Telescope Science Institute will operate Webb after launch.

Several innovative technologies have been developed for Webb. These include a folding, segmented primary mirror, adjusted to shape after launch; ultra-lightweight beryllium optics; detectors able to record extremely weak signals, microshutters that enable programmable object selection for the spectrograph; and a cryocooler for cooling the mid-IR detectors to 7K. The long-lead items, such as the beryllium mirror segments and science instruments, are under construction. And in the case of the mirrors completed.

For you techno's out there there will be four science instruments on Webb: the Near InfraRed Camera (NIRCam), the Near InfraRed Spectrograph (NIRSpec), the Mid-InfraRed Instrument (MIRI), and the Fine Guidance Sensor/ Near InfraRed Imager and Slitless Spectrograph (FGS-NIRISS). Webb's instruments will be designed to work primarily in the infrared range of the electromagnetic spectrum, with some capability in the visible range. It will be sensitive to light from 0.6 to 28 micrometers in wavelength.