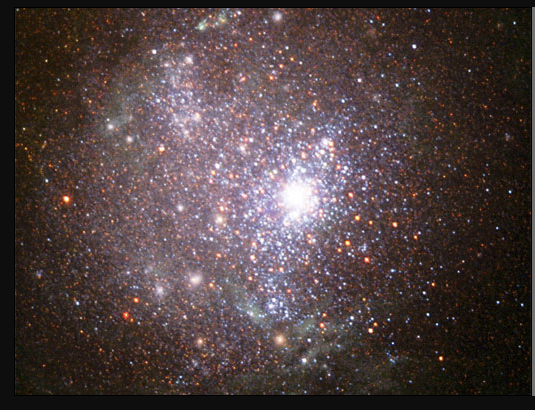 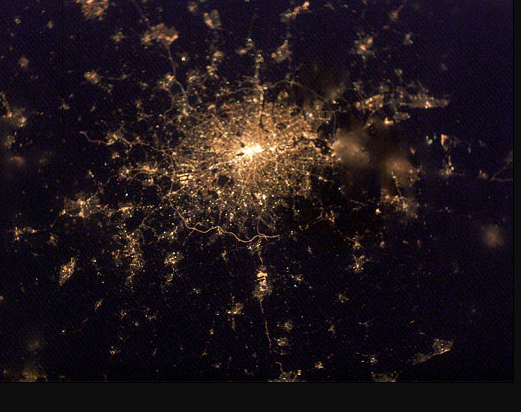 MACRO/MICRO—Do you recognize this intriguing globular cluster of stars in these two photos?  Actually, only one (top image) is from outer space.  The other (lower) is a constellation of city lights surrounding London, England as recorded with a digital camera from the International Space Station.  Taken in February, 2003, north is toward the top and slightly left in this nighttime view.  The encircling “London Orbital” highway by-pass, the M-25 is the easiest to pick out south of the city.  Even farther south are the lights of Gatwick airport and just inside the western (left side of image) stretch of the Orbital highway is Heathrow airport.  The darkened Thames river estuary fans out to the city’s east.  Slightly west of the densely packed lights at the city’s core aretwo small “dark nebulae,” which are Hyde Park and Regents Park.

The real space image is of the central region of the small galaxy NGC 1705.  It blazes with the light of thousands of young and old stars in this image taken by NASA’s Hubble Space Telescope.