PENNY WITH SOME THOUGHTS 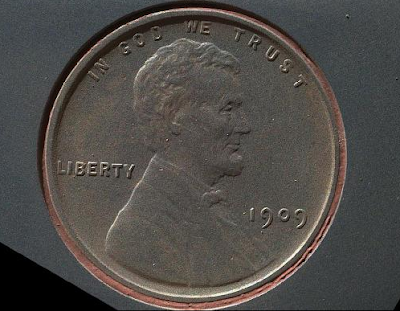 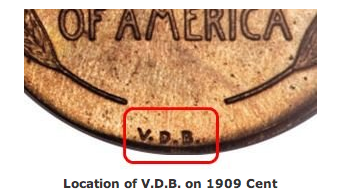 MAKING CENTS- NASA.org recently posted an image of a penny that was attached to Curiosity Rover before it blasted off to Mars. The familiar one cent coin stamped with the image of President Abraham Lincoln was attached as a focal point for Curiosity’s cameras.

The coin on Mars bears a 1909 date, the first year that penny design was used on all one cent coins produced by the U.S. mint. The design by engraver Victor David Brenner (1871-1924) was commissioned and created to honor the 100th birthday of Abraham Lincoln, which fell in 1909.

Several U.S. mints produced the new pennies in 1909. The penny on Curiosity was minted in Philadelphia. How do we know that? The U.S. Treasury has engraved the Lincoln cent under the date with an “S” or a “D” indicating the San Francisco (closed) or Denver mint. If the date has no letter underneath that means it was made at the Philadelphia mint.

Designer Brenner, a sculptor originally from Lithuania) placed his initials "VDB" at the bottom of the reverse between the (original reverse design) wheat ear stalks.
Widespread criticism at the time of the initials' prominence resulted in their removal midway through 1909, the design's first year of issue. In 1918, Brenner's initials returned as small letters below Lincoln's shoulder, where they remain today—albeit virtually unnoticed.
Coin collectors over the years flocked to the limited number of VDB “signed” coins and as a result, the 1909 S-VDB is a very rare U.S. coin.