CURIOSITY ROVER FINALLY OUT OF THE PARKING LOT 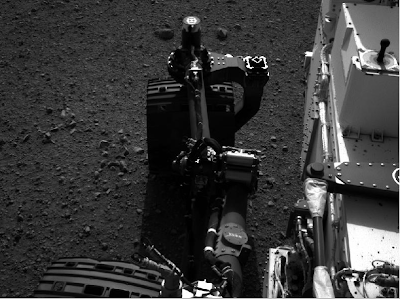 STARTING LINE—After months in space, NASA’s Curiosity rover has been parked on Mars since August 5. On Wednesday, it’s finally leaving the parking lot on its first drive on the red planet. This image was taken by one of Curiosity’s navigation cameras yesterday.