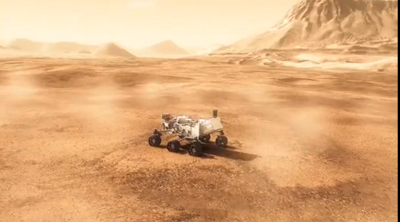 GOD SPEED CURIOSITY--Where is Curiosity? After its successful launch on Nov. 26, 2011, the Mars Science Laboratory Curiosity rover is in its Cruise Phase on its way to Mars! The trip from Earth to Mars will take about 36 weeks (254 days).

NASA’S update has Curiosity landing at 10:31 pm Pacific time on August 5, 2012.
View an excellent video on the last seven minutes before Curiosity’s landing on Mars.
Paste the following URL addresses into your computer search engine for the latest on the Mars landing prior to the event.
http://www.nasa.gov/multimedia/videogallery/index.html?media_id=146903741

To keep up where Curiosity happens to be click:
http://marsprogram.jpl.nasa.gov/msl/
http://nineplanets.org/mars.html


SHOOT FOR THE STARS
For those of us still technologically in the era when the earth was cooling, the recent Mars landing falls into the technical realm of human experience that still boggles the mind. I still remember Sunday newspaper cartoons with Dick Tracy speaking into this two-way wrist TV/radio and wondering if that technological bit of science fiction will ever come to pass? Now, there's talk of taking the smallest particles of matter known to mankind and applying those micro bits into time travel possibilities.

The aptly named Curiosity will push world science even farther into adventures that even Dick Tracy's illustrators couldn't imagine.

Wouldn't it be amazing to spend all the dollars for war on space exploration?
Such a naive thought in 2012 is alive in the hearts and minds of millions. What leader has the courage to plot a course to Mars and beyond. Talk about new jobs creation.