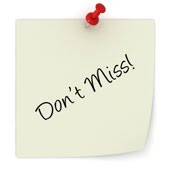 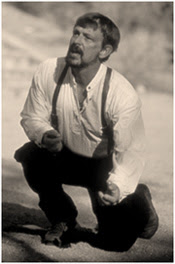 BALBOA PARK WEEK CONTINUES--The spirit of John Muir, among the nation’s earliest and foremost advocates for preserving wilderness and the environment, will come alive during a performance by
actor and scholar Doug Hulmes at 6:30 p.m. on Saturday, Jan. 14, 2012, at the Recital Hall
in Balboa Park. Admission is free. A public reception will be held at 5:30 pm.

“Celebrate Trees – An Evening with Naturalist John Muir” is an entertaining and educational adventure into the philosophy and writings of Muir, who spent much of his life exploring and studying the Sierras and Alaska at the turn of the 20th century. Hulmes, a professor of environmental studies at Prescott College in Arizona, has portrayed Muir internationally since 1993.

Admission is free for the performance and a reception presented by the California Center for Sustainable Energy.

Muir wrote profusely about his travels and exploits in nature, especially in California’s Sierra Nevada mountains. He promoted the designation of Yosemite, Sequoia, Grand Canyon and the Petrified Forest as national parks and was one of the founders and first president of the Sierra Club in 1892. Muir has been called the "patron saint of the American wilderness" and its "archetypal free spirit." He died in 1914 at the age of 76.

In one of Muir’s popular essays he wrote, "Thousands of tired, nerve-shaken, over-civilized people are beginning to find out that going to the mountains is going home; that wilderness is a necessity; and that mountain parks and reservations are useful not only as fountains of timber and irrigating rivers, but as fountains of life."

Hulmes transforms into Muir in the style of Chautauqua, a highly popular form of entertainment in the late 19th and early 20th centuries. Typically, troupes of Chautauqua actors would travel in a circuit of performances, covering small communities and farming areas. The advent of radio and movies brought about the demise of the art form’s popularity.

Hulmes typically portrays the character of Muir in a 35-minute presentation, then takes questions from the audience as the character and closes with questions as a scholar of John Muir. Hulmes came to perform as Muir because of a course that he teaches on "Philosophies of the Interpretive Naturalists.” The performance is funded through a grant from the California Department of Forestry and Fire Protection to the Advice and Technical Assistance Center for Urban Forestry at the
California Center for Sustainable Energy in San Diego.

UPCOMING: Saturday's blog: Maybe you’ll be surprised at how many placed you can grab a bite to eat in Balboa Park: From haute cuisine to the Park's best kept secret dining spot. Check out Paume Grill, Morley Field's newest coolly delicious take-out.