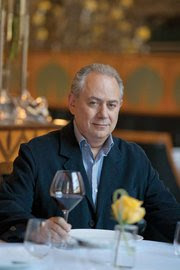 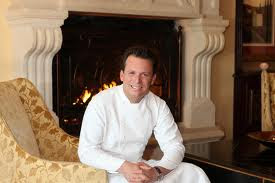 LATEST DISH--New Yorker Steve Plotnicki has created a fascinating weblog compiling his escapades in fine dining both in the U.S. and abroad. Says he’s an entertainment exec with offices in New York and London and calls himself a dining hobbyist.

Called “Opinionated about Dining,” his blog is a forum for fine dining opinion. Writing comes from Plotnicki, his guests and members of the international culinary industry: http://www.opinionatedaboutdining.com/Home.php

Plotnicki’s blog has just posted his Best Meals of 2011, a feature that asks top chefs from across the world to pick the best meal they had in 2011. His recent book OA’s U.S. Restaurants 2011 is available via http://www.opinionatedabout.com

Local chefs mentioned in “Opinionated About Dining’s” Best Meals are William Bradley, Chef at Addison Restaurant in the Grand Del Mar hotel. Bradley was saluted by Thomas Keller, the famed chef from the French Laundry, in Yountville, CA, who posted his best meal of 2011 was at the Addison Restaurant.

Trey Forshee of George’s in La Jolla went out of the country to find his best meal of 2011. He selected The Sportsman, http://www.thesportsmanseasalter.co.uk/ The Sportsman is on the old coastal road between Whitstable and Faversham, England. For those with GPS, the postcode is CT5 4BP.

Memo to California foodies: Half a dozen chefs polled by Plotnicki’s 2011 Meal of the Year gave a nod to Chef Joshua Skenes at Saison, http://www.saisonsf.com/ in San Francisco.