DOOMSDAY: IS THERE NO END TO THE END? UPDATED 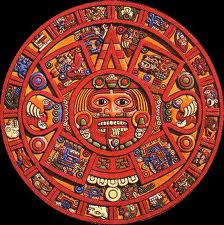 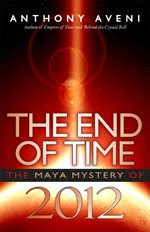 COUNTDOWN BEGINS--Don’t think it rude if I remind everyone that the apocalypse is coming December 21, 2012. This news is worthy of another refrigerator post-it-note. If the “end of the Earth types” are correct then I see no sense in making any big plans beyond next Thanksgiving. But, what is the latest on the “big day?” Is it just Internet quack talk or movie marketing hype? Will 2012 really put an end to Shakespeare’s orb?

OK, back to the end of time update.

Colgate University Professor of Astron¬omy, Anthropology and Native American Studies Anthony Aveni recently published his book “The End of Time: The Maya Mystery of 2012,” which chronicles the history behind public fear of an impend¬ing apocalypse in 2012. The book is available on Amazon.com and public libraries. Prof. Aventi sheds light on blog questions like:

So, what’s the deal? Does the countdown to doomsday begin today?

What triggered the apocalypse rumor tsunami?

Prof. Aventi quashes the naysayers. It’s just one big data fart. His book points out the theories behind this end of the world thing were based on amateur hour misinterpretations of the long range version of a calendar that many Mayans used to count the passage of time.

"The Mayan long-count cal¬endar expires on Dec. 12, 2012," Prof. Aveni says. "Those of us who study Mayan calendars, we were well aware of this and knew that it sim¬ply starts over again. It is much like we do on New Year's Eve – we pu¬rify by making new resolutions, or like Mardi Gras when everyone is out partying, the police come and clean everything up and we start the new religious cycle over again."

So, we’re not doomed?

"The Mayan long-form cal¬endar is not directed toward the future," Prof. Aveni says. "All their rul¬ers set it up to have traces in the deep past. Like a president saying, ‘I stand on the principles of Ron¬ald Reagan,' the message of the calendar is backward directed … meant to tell about the past. As an anthropologist, it saddens me to think that people think they can get the message from the scrip¬ture of a culture without knowing anything about the culture."

My neighbor is tinkering with an apocalypse alarm. It looks a lot like the smoke detector in the hallway. More news on that later.

In the meantime here’s the bottom line: The Mayan Calendar apocalypse is just another Y2K.

And, on the off chance, this blog is wrong then let’s promise to meet outside the “Pearly Gates” at the Occupy Heaven booth for assignment. Until then go ahead and book that New Year’s cruise for 2013 and beyond. And, we can now cue Gilda Radner and sigh a collective: “Nevermind.”