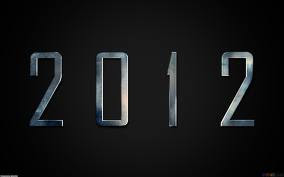 The undersigned Internet and technology companies write to express our concern with legislative measures that have been introduced in the United States Senate and United States House of Representatives, S. 968 (the “PROTECT IP Act”) and H.R. 3261 (the “Stop Online Piracy Act”).

We support the bills’ stated goals -- providing additional enforcement tools to combat foreign “rogue” websites that are dedicated to copyright infringement or counterfeiting.

Unfortunately, the bills as drafted would expose law-abiding U.S. Internet and technology companies to new uncertain liabilities, private rights of action, and technology mandates that would require monitoring of web sites. We are concerned that these measures pose a serious risk to our industry’s continued track record of innovation and job-creation, as well as to our Nation’s cybersecurity. We cannot support these bills as written and ask that you consider more targeted ways to combat foreign “rogue” websites dedicated to copyright infringement and trademark counterfeiting, while preserving the innovation and dynamism that has made the Internet such an important driver of economic growth and job creation.

One issue merits special attention. We are very concerned that the bills as written would seriously undermine the effective mechanism Congress enacted in the Digital Millenium Copyright Act (DMCA) to provide a safe harbor for Internet companies that act in good faith to remove infringing content from their sites.

Since their enactment in 1998, the DMCA’s safe harbor provisions for online service providers have been a cornerstone of the U.S. Internet and technology industry’s growth and success. While we work together to find additional ways to target foreign “rogue” sites, we should not jeopardize a foundational structure that has worked for content owners and Internet companies alike and provides certainty to innovators with new ideas for how people create, find, discuss, an share information lawfully online.

We are proud to be part of an industry that has been crucial to U.S. economic growth and job creation. A recent McKinsey Global Institute report found that the Internet accounts for 3.4 percent of GDP in the 13 countries that McKinsey studied, and, in the U.S., the Internet’s contribution to GDP is even larger. If Internet consumption and expenditure were a sector, its contribution to GDP would be greater than energy, agriculture, communication, mining, or utilities. In addition, the Internet industry has increased productivity for small and medium-sized businesses by 10%. We urge you not to risk either this success or the tremendous benefits the Internet has brought to hundreds of millions of Americans and people around the world.

We stand ready to work with the Congress to develop targeted solutions to address the problem of foreign “rogue” websites.

Thank you in advance for your consideration.